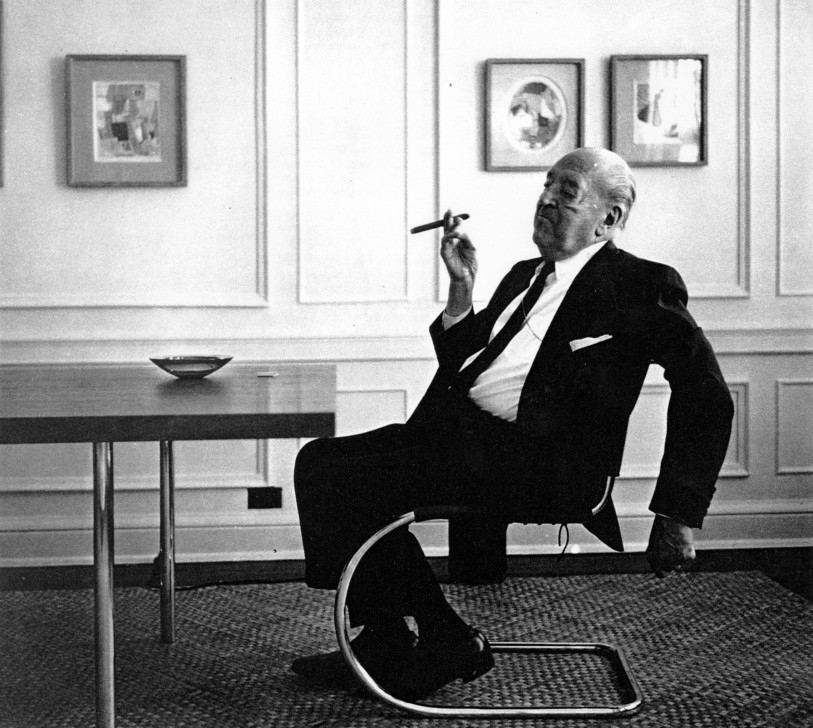 Ludwig Mies van der Rohe was born in Aachen (Germany) on 27 March 1886. He was trained as a technical drawer and worked in his father's stonemason workshop in his youth. In 1906 he commenced cooperation with the studio of architect and designer Bruno Paul. In 1908 he moved to the architecture studio of Peter Behrens, the chief designer at the time for AEG, a producer of electrical appliances.

In 1913 Mies opened his own office in Berlin and soon signed contracts for several villas commissioned by wealthy Berlin owners. In 1922 he joined the Novembergruppe. In 1925, Mies, Walter Gropius, Erich Mendelsohn and Peter Behrens established Der Ring, an avant-garde architecture group. A year later, Mies was appointed vice-president of the German Werkbund and became the chief architect of the Weissenhof estate in Stuttgart.In 1928 Mies received orders for two buildings which won him world-wide acclaim: the German Pavilion for the 1929 International Exhibition in Barcelona and the Villa Tugendhat in Brno. In 1930-33 he worked as the director of the Bauhaus in Dessau. This was a difficult period in Germany, not only for architecture; therefore, a number of designers decided to emigrate. Mies van der Rohe, too, left for America in 1938 and accepted an offer to become the head of the department of architecture at the Armour Institute of Technology. The architect soon set up his own studio in Chicago and obtained US citizenship in 1944.

An exhibition of his works at MOMA and the Farnsworth Villa in Illinois won him fame throughout the United States. He cooperated with Herbert Greenwald in 1948 on two apartment towers at 860 and 880 Lake Shore Drive in Chicago and designed the Seagram Building on Park Avenue in New York in 1954-58. In 1959 Queen Elizabeth II conferred Mies the gold medal of the Royal Institute of British Architects. Four years later he received the Presidential Medal of Freedom from US President Lyndon B. Johnson. In 1968 the New Gallery designed by Mies was opened in Berlin. A year later, on 17 August 1969, Ludwig Mies van der Rohe died of pneumonia in Chicago.