Ukrainian architectural heritage under Russian threat – who can help and what should be done? From the first days of the

The lecture will be held in English, April 11 at 6 pm, House of the Lords of Kunštát, Dominikánská 9, admission 100 CZK Předprodej akce

From the very beginning of the Russian invasion of Ukraine, there has been a systematic and extensive destruction of the architectural heritage, the irreversible loss of monuments and cultural values. Ievgenia Gubkina, Kharkov historian of architecture, will talk about the current situation in Ukraine:

"From the first days of the full-scale war of Russia against Ukraine, the two-million city of Kharkiv was intensively attacked by Russian missiles and shelling. More than a thousand buildings have been destroyed in the city. Civilian infrastructure facilities including hospitals and schools were no exception. Entire residential areas including social mass housing like for example a district of Saltivka – the largest bedroom suburb in the Soviet Union with a population of nearly half a million inhabitants. Behind all this are hundreds of civilians, women, children and seniors who died from Russian weapons including white phosphorus and cluster munitions prohibited by international conventions. Russia is waging a vile and brutal war against civilians as its tactics, based on war crimes of large scale and wide area effect, allow us to tell about terrorist nature of Russia's actions.
But not only people, Ukrainian heritage is in danger. Each city of Ukraine has a unique built environment with genuine architectural treasures and historical monuments. But the Russian army is deliberately destroying the historical centers of our cities – ancient Chernihiv, baroque Sumy, classic Kherson and Mykolaiv, historicism of Mariupol and modernist Kharkiv. Whole city center of Kharkiv has been seriously damaged by Russian bombs. It is a part of the city where the largest number of heritage sites of all styles and all periods is located. Each 4th building there has been destroyed. But first of all Kharkiv is world famous for its interwar modernism including Soviet-Ukrainian constructivism. It is the Derzhprom (from the UNESCO tentative list) which is a part of the ensemble of the former government center of Soviet Ukraine now known as the Freedom Square. Another part of this ensemble is a building of Kharkiv Regional Administration which became known because many saw the video how it was cruelly bombed on March 1.
Today, the whole heritage of Ukrainian art, architecture and urbanism as well as Ukrainian culture and memory are in danger of being completely wiped off the face of the earth. Like Warsaw, Rotterdam or Dresden in WW2, Ukrainian cities are under threat of losing their buildings, identity and people. Along with other war crimes according to the Convention on the Prevention and Punishment of the Crime of Genocide, this is a new genocide of the 21st century."

Ievgeniia Gubkina
Architect, historian of architecture, curator of architecture and art projects, educational activities. She is a co-founder of the NGO Urban Forms Center and the avant-garde women's movement “Modernistki”. Her work specializes in architecture and urban planning of the 20th in Ukraine, and multidispinary approach to heritage studies. Her first book “Slavutych: Architectural Guide” was published in 2015 by DOM Publishers in Germany and was dedicated to the architecture of the last Soviet city of Slavutych, built after the Chornobyl disaster for workers of the Chornobyl nuclear power plant. In 2019, after many years of research, her second book “Soviet Modernism. Brutalism. Post-Modernism. Buildings and Structures in Ukraine 1955–1991” was published by Osnovy Publishing and DOM Publishers. In 2020 she curated the “Encyclopedia of Ukrainian Architecture” multimedia online project. After the Russian war against Ukraine started in 2022, she was forced to leave Kharkiv and temporarily moved to Latvia. 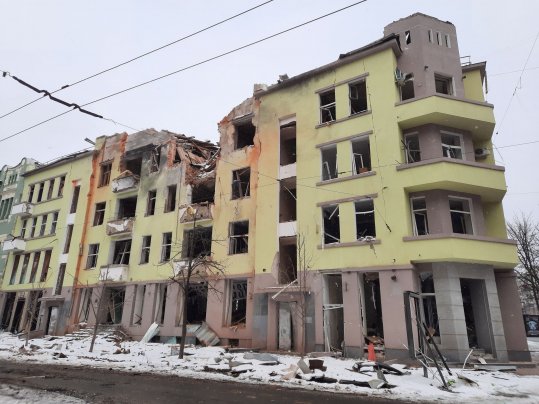 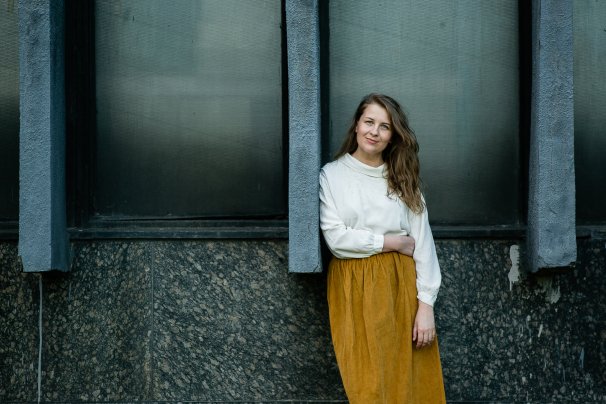