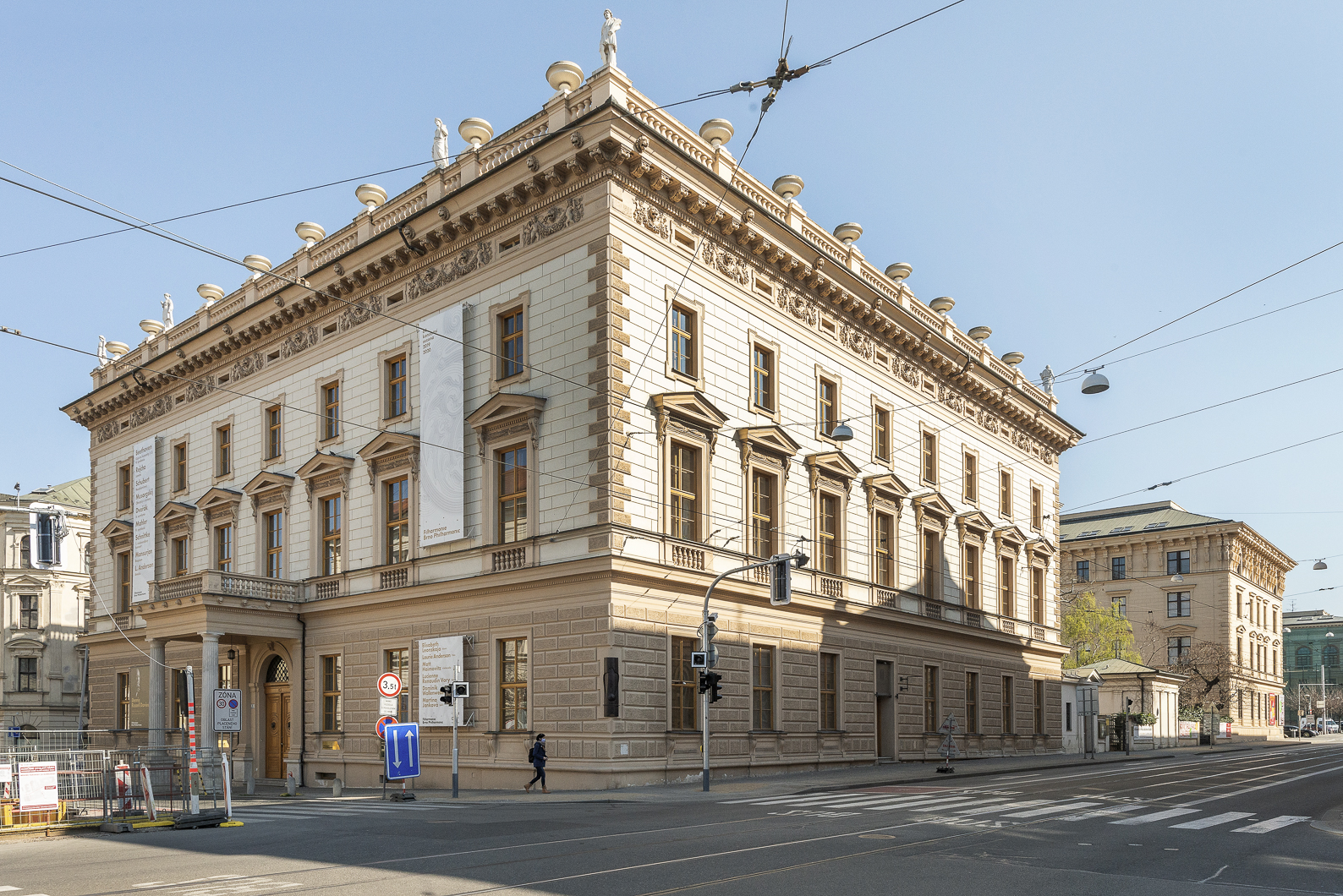 Besides sculptural façade decorations, the Loos Company also made interior stucco decorations, most often in large community halls. One of the oldest known examples is the stucco decoration of the restored hall of the Reduta in Brno (1864); later, Loos also contributed to the decorations of the main community hall of the Beseda House. Undated variant drawings of wall stucco decoration and pilasters are preserved in the collection of the Brno City Museum, in one case signed “Adolf Loos”. This must be Loos’ unrealized variant study of stucco design for the Beseda House.
The sculptor’s son, architect Adolf Loos, recognized the quality of the Brno Beseda House architecture when he wrote: “Whenever I was in Brno and looked at the German House and the Czech Beseda, the character of both buildings immediately made the future of [the German] Brno clear to me. I would recommend having the two pictures reproduced side by side.” (Adolf Loos, O šetrnosti [On Thrift], Bytová kultura I, 1924/25, p. 20 and Řeči do prázdna [Talks into the Void], Prague 1929, p. 161)
Sculptor Adolf Loos Sr. died suddenly, in full creative power, on 31 March 1879, before reaching the age of fifty. His death and burial were widely reported in Brno’s German newspapers. The funeral was held in St. Tomas Church with considerable attendance of city officials and the public. The President of the Moravian Provincial Court, Friedrich d’Elvert (brother of the former mayor Christian d’Elvert), Josef Arnold, member of the municipal council and builder, builder Mořic Kellner and numerous other Brno builders and burghers were among the important personalities at the funeral.

Trail
In the Footsteps of Adolf Loos