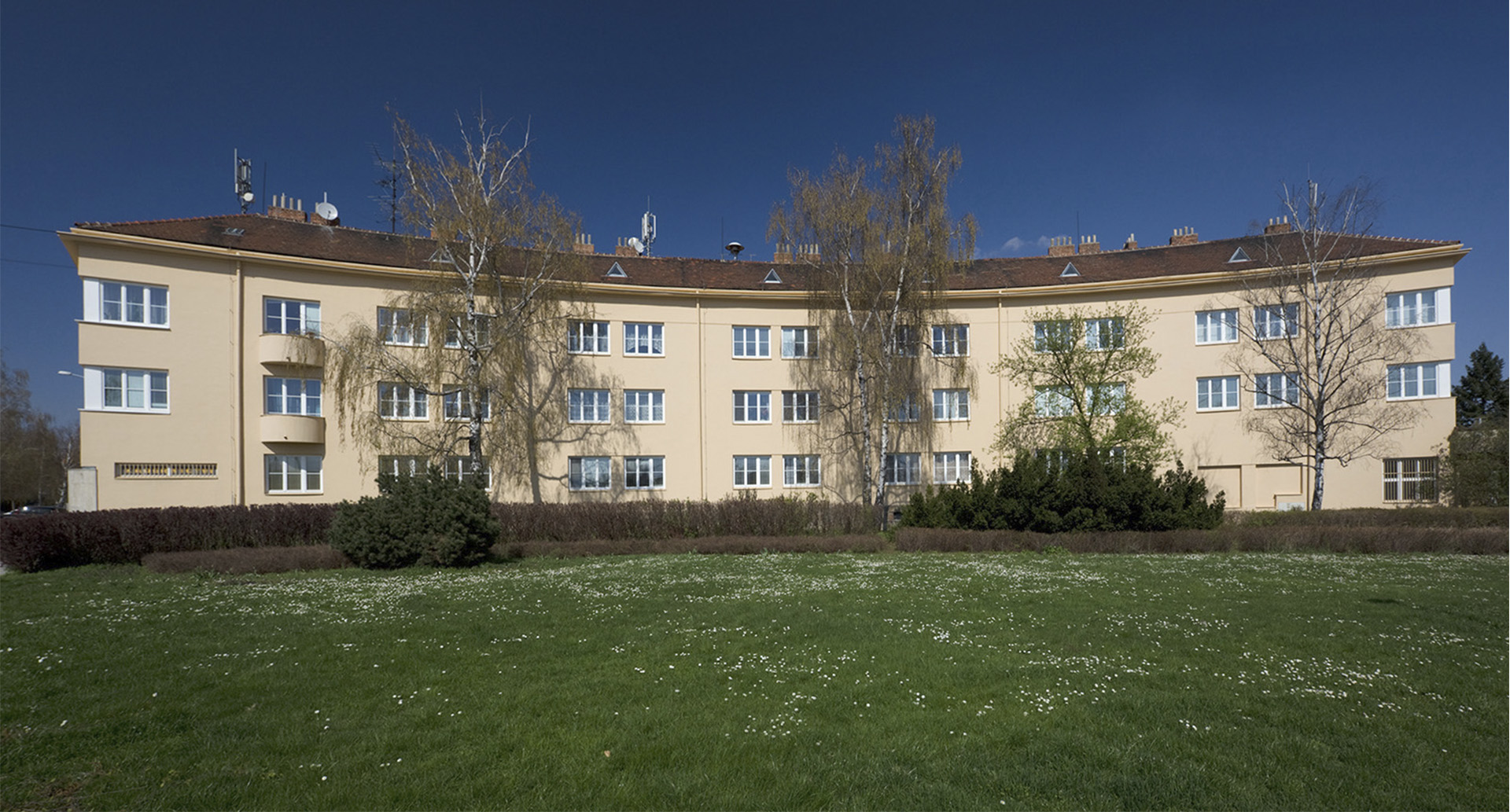 The period following the end of the 19th century saw the development of the villas comprising the mostly German Officers' Quarter spread up and down the slopes of the hills of Kraví hora and Žlutý kopec. After the formation of Czechoslovakia, this luxurious residential part of the city became the stage of a vast development which resulted in the creation of a wealth of intriguing functionalistic villas by progressive Brno architects. This part of the city also attracted the attention of the regulatory architecture department of the Building Authority managed by Jindřich Kumpošt until 1925. His designs were implemented in a number of urban complexes of apartment blocks as well as villas.
Jindřich Kumpošt also designed the new Vaňkovo Square on Žlutý kopec, the semi-circular layout of which is based on an older plan presented in the competition for development in this location by Jaroslav Grunt in 1922. Kumpošt produced a design of two concave wings for the apartment blocks with originally slightly elevated corner attics, thus creating a gate lining the entrance to Lerchova Street. As is common in Kumpošt's designs of that period, the purist conception is combined with elements of classicist monumentalism manifested in the grand urban design and symmetrical layout. This conception was shared by the residential sites of the New Objectivity social program built, as a result of the post-war housing crisis, all over Europe. Similar monumental semi-circular blocks were used, for example, by Bruno Taut on the Hufeisensiedlung residential site in Berlin. Today the purity of the simple segments is marred by the added hipped roofs, which shifted the style of the buildings towards the trends of 1950s Socialist Realism. This is because the flat roofs favored in the period between the wars often represented a demanding technical solution that was frequently replaced by cheaper structures of hipped or gabled roof with roof tiles. Kumpošt's multi-purpose complex featured, in addition to apartments, areas for shops and services in the parterres of the end risalits in Lerchova, Tvrdého and Barvičova streets.
Increased development activity in the mid-20th century was tied to the end of the economic crisis, which was accompanied by the emergence of numerous housing cooperatives. These cooperatives supported the development of apartment blocks and villa colonies for the better-off middle classes. The apartment blocks on Vaňkovo Square were built for the "Na Vyhlídce" building and housing cooperative which used Kumpošt's designs for other building projects in Lerchova, Sedlákova and Rudišova streets.