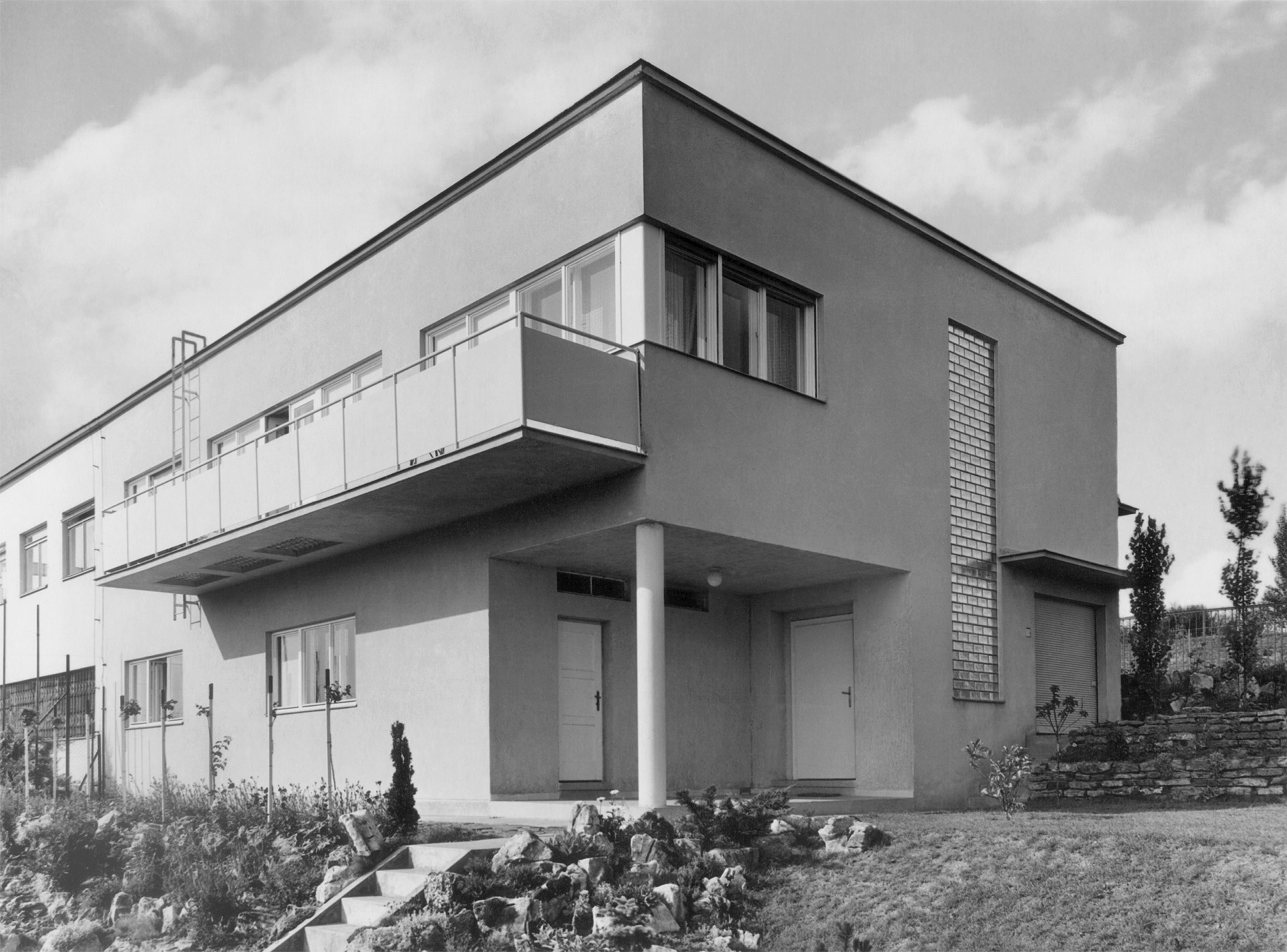 The housing development in the Masaryk Quarter had shifted to its western part near the Wilson Wood by the mid-1930s, which also resulted in the Pod vodojemem colony urban development plan. It was prepared by Jindřich Kumpošt for the Welfare Housing Cooperative of the employees of the Moravian Mortgage and Agricultural Bank. The urban conception of the colony is defined by the sloping terrain and the streets logically copy the contour lines. The individual houses in Rezkova and Kaplanova streets were built according to designs by Evžen Škarda, František Kalivoda, Jiří Kroha, Mojmír Kyselka, Jaroslav Grunt and Jindřich Kumpošt.
The customer of the villa at Kaplanova 1 was the world-famous dancer and choreographer Ivo Váňa Psota (1908–52), who became a solo dancer in 1926 and subsequently the head of the Brno ballet ensemble. Then he was engaged in the Russian Ballet in Monte Carlo and, after his emigration to the United States, he conducted the ballet ensemble of the Metropolitan Opera in New York. After the war he returned to Brno, where he taught at the conservatory and founded the Department of Dance at the University of Performing Arts in Bratislava.
The villa for the twenty-eight-year-old Psota was designed by František Kalivoda, who had not yet completed his studies. The two-level building on a plain rectangular ground plan is situated at the end of a row of terraced houses and its disposition is accommodated to the sloping terrain. Therefore, the entrance from the street leads directly to the first floor, which was, like the ground floor, divided by a corridor into a residential tract facing south and overlooking the garden (bedroom, living room and dining room) and service tract facing the street (kitchen, larder, servant's room etc.). The present appearance of the house is changed by a large garden extension.