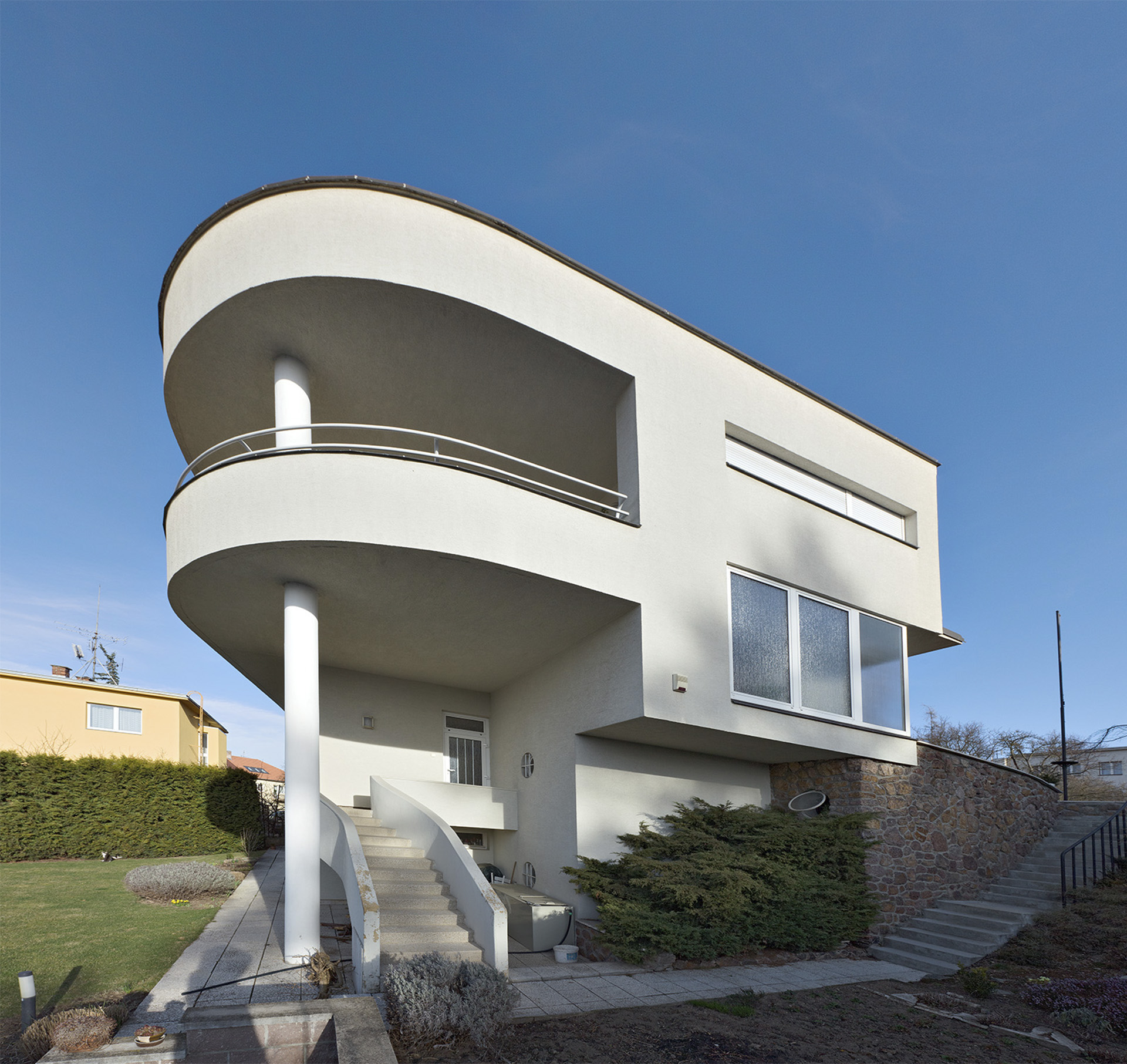 In the design of the villa for the Petráks from 1936, Bohuslav Fuchs clearly draws on the legacy of Hans Scharoun, one of the most prominent representatives of the organic tendencies in architecture. He could become familiar with his works at the Flat and Workshop (Wohnung und Werkstatt) exhibition held in Wroclaw by the German Werkbund in 1929. Scharoun's designs are dominated by curves and nautical details; he would often use natural materials, which inspired Fuchs's design of this villa situated on the slope of Pisárky in Brno.
The facade of the villa appears inconspicuous at first sight; viewed from the street it looks like a plain block segmented by rows of horizontal windows of different sizes. However, the southern corner is cleaved deeply, which makes room for a suspended staircase and segment terrace whose shape is copied by the roof. The terrace and roof are supported by a ferro-concrete pillar, which enhances the impression of the lightness of the entire structure; a cylindrical bulk of a spiral staircase protrudes from the smooth western facade. The round windows, amply used in the exterior and the interior as well as on the wall fence of the plot enhance the nautical nature of the building. Given the sloping terrain, the common residential rooms are untypically situated on the first floor, bedrooms occupy the ground floor and the basement conceals the janitor's apartment, roommaid's apartment and service facilities. Nowadays, the villa is one of the best-preserved examples of organic functionalism in Brno.