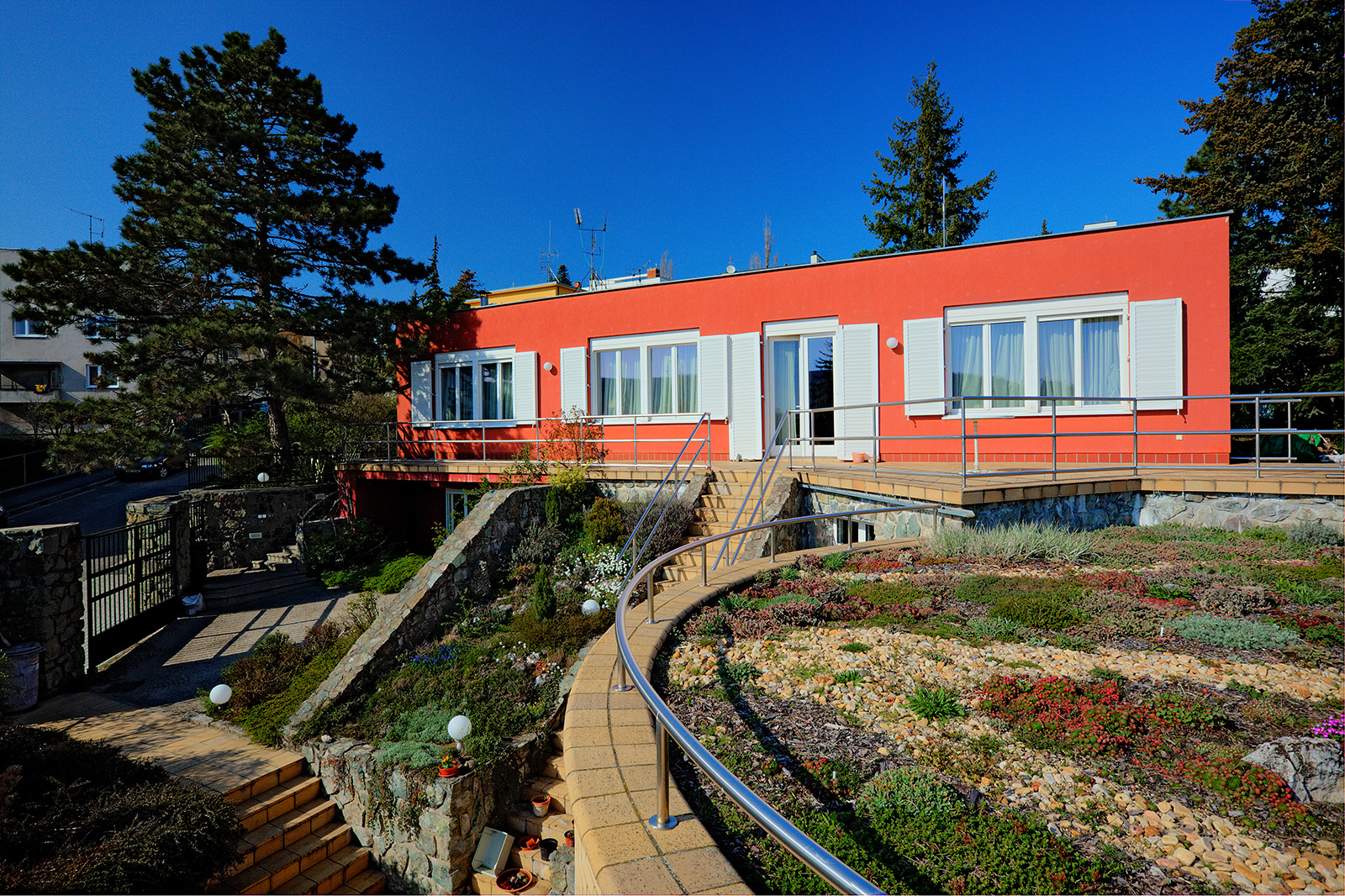 The last of Wiesner's villas on the slopes of Pisárky was the Hermina Weigl Villa built in 1934. Its marked horizontal conception was largely determined by the owner's heart condition requiring that stairs should be used as little as possible. The family's residential areas are thus situated on a single story.
The villa with distinctive red plaster and white shutters is, like Wiesner's nearby Stiassny and Münz villas, built on an L-shaped ground plan. However, the division between residential and service areas is not defined by the wings, but is bound to the individual stories. The basement, partially sunk in the ground, housed the janitor's apartment and garage; the northern yard is overlooked by the entrance hall, service rooms and the servant's room on the ground floor. The living room with an oblong terrace faces south; the bedrooms are situated in the south-east tract. The specific location of the villa in the upper part of the garden is disrupted by the later addition of an indoor swimming pool and garage from the 1990s.
Like other Wiesner's customers, the owners of this villa could not enjoy their residence for a long time. Due to Hermina Weigl's Jewish origin, her villa was confiscated and fell into the hands of the German Reich. The villa was nationalized in 1946; it was purchased by two owners in the 1950s and, from their heirs, by the present owners.