A semi-detached house for son and daughter 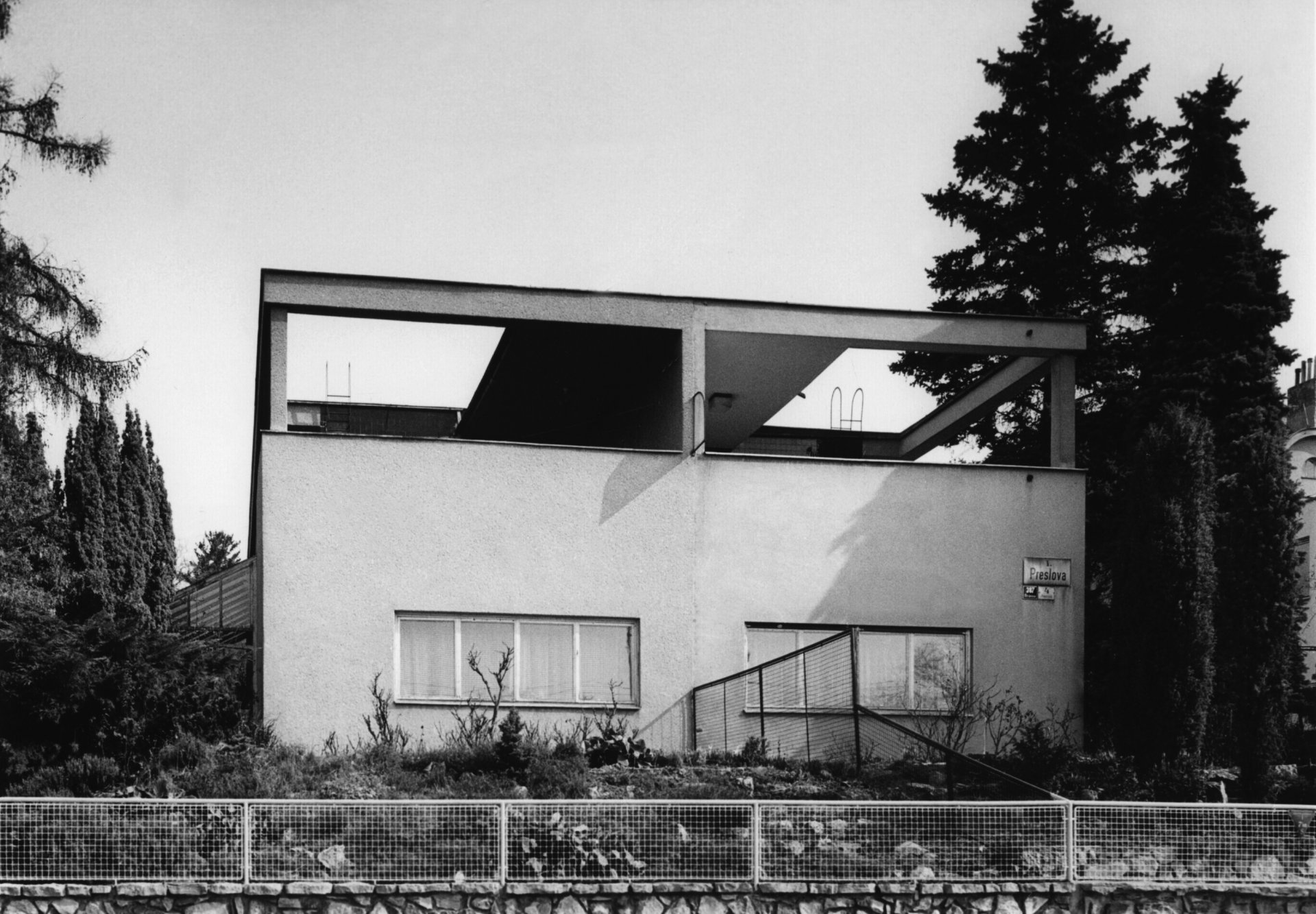 The early 1930s saw a decrease in the number of building projects caused by the economic crisis, and many design studios were faced with a falloff in commissions. Jindřich Kumpošt was forced to reduce his studio and move it into his own house at Barvičova Street 15 in the Masaryk Quarter. At the same time, he built a semi-detached house for his son and daughter on the opposite side of the plot in Preslova Street.
This two-storey building with a plain rectangular ground plan reflects the principles of functionalist architecture striving for rational and sophisticated designs of the interiors and their maximum interconnectedness with the exterior. The villa consists of two identical, mirrored apartment units with separate entrances situated on the sides. The residential areas and terraces skirted with ferro-concrete frames face the street on the south side. However, Kumpošt's children never lived in the house, for the building was, presumably due to the financial crisis, sold immediately after completion.

Name
A semi-detached house for son and daughter