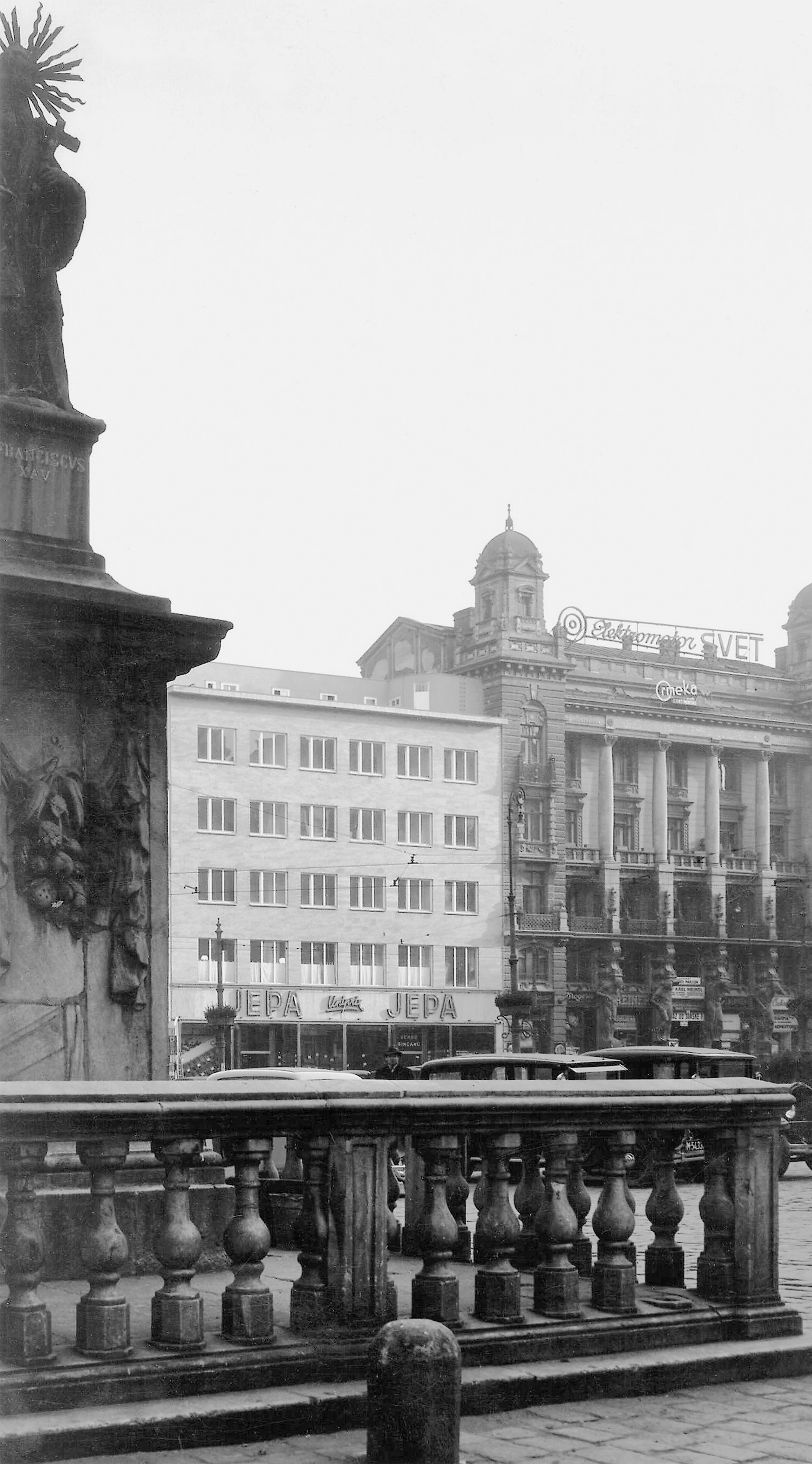 The Jepa department store and apartment block designed by Otto Eisler was erected in 1933 on the site currently occupied by the Omega shopping center designed by Ladislav Kuba and Tomáš Pilař on náměstí Svobody square.
The ground floor and the first floor of this five-level multi-purpose structure were intended for commercial areas; the upper stories housed apartments. The glassed-in ground floor contained an open commercial area with counters; the back part of the area featured a snack bar. The facade segmented by a grid of three-wing windows was decorated with stone cladding; the portal consisted of steel and mahogany components.
The building immediately attracted the attention of the press, which wrote about technical conveniences such as remote steam central heating and a mechanical ventilation system. Construction, which took a mere three months. was facilitated by the use of a ferro-concrete skeleton with an admixture of bauxite cement. Though this new material helped accelerate the construction even in winter months, over time it became apparent that the strength of the structure had dramatically declined. This resulted in grave stability deficiencies in the building, to which a  fire in 1944 also contributed. The building, known as the House of Furniture after the war, had to be demolished in the 1980s.