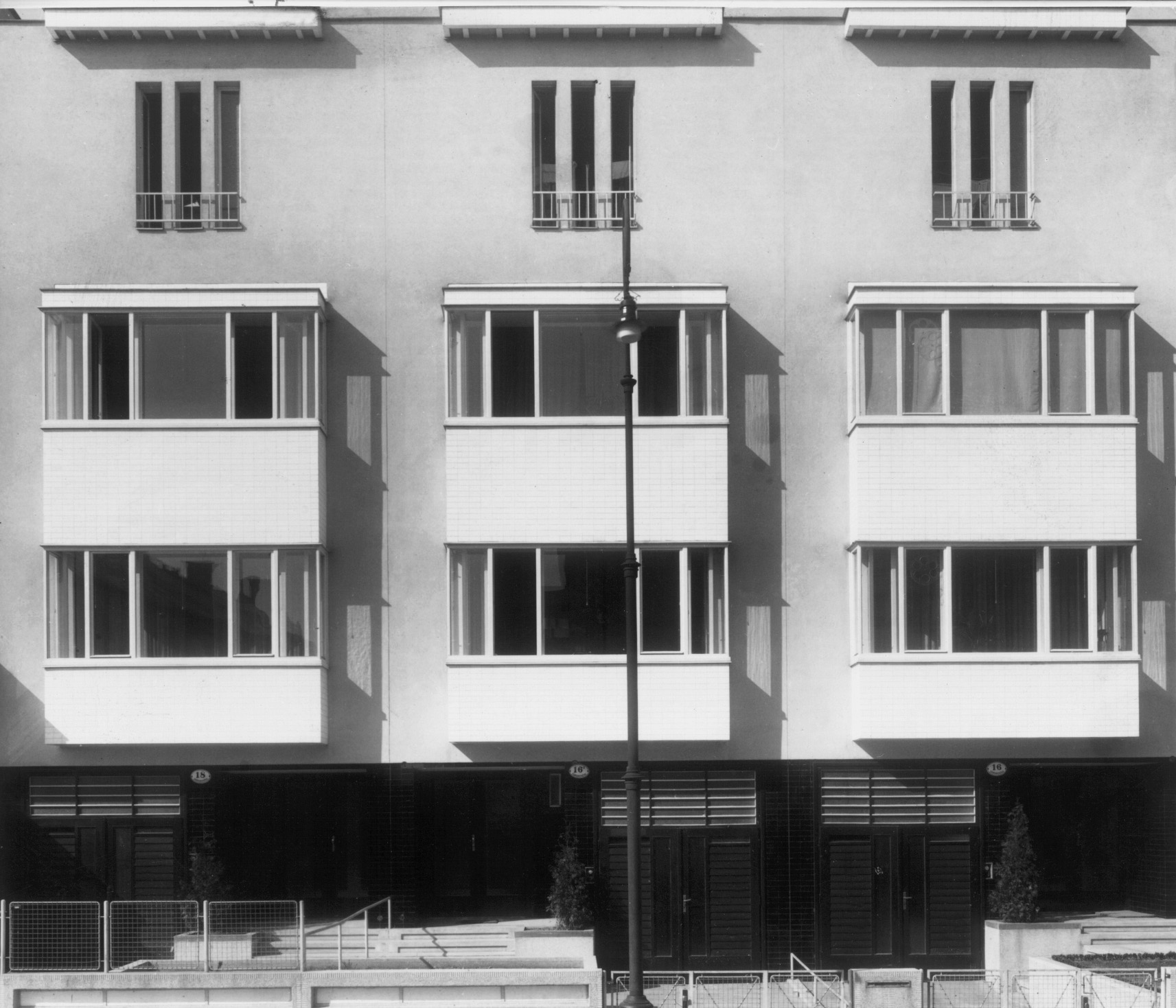 The huge impact the exhibition of experimental housing exerted on the future of architectural design is evident in its positive reception by local builders. In the late 1920s, the building company owned by Václav Dvořák and the Kuba brothers developed the concept of "vertical housing" which innovated the idea of terraced houses seen in the New House estate. These standardized buildings enabled considerable financial savings and, at the same time, represented modern housing with a number of spatial and esthetic qualities.
The houses did not feature cellars, as these would have increased the price; the service areas such as garages, boiler rooms, laundries and servant rooms were situated on the ground floor. The first floor housed the kitchen (only intended for the preparation of meals), the hall with a staircase and the living room (serving as a relaxation zone); the second floor was occupied by bedrooms (children and parents had separate bedrooms) and sanitary facilities (a standard feature). The attic could be used as a utility area or a guest room leading to the roof terrace. The house featured a deep three-tract layout determined by the small width of the plot, which enabled further savings on the purchase of the building area as well as on the maintenance of the facades and sidewalks. In addition, the terraced development eliminated costs related to the construction of end walls and their foundations and enhanced thermal insulation.
Terraced houses by Václav Dvořák and the Kuba brothers can be found in many of the city's quarters. Their facades feature minimal esthetics, use black and white opaxite or ceramic cladding, glass bays and balconies as well as characteristic coffered cornices.