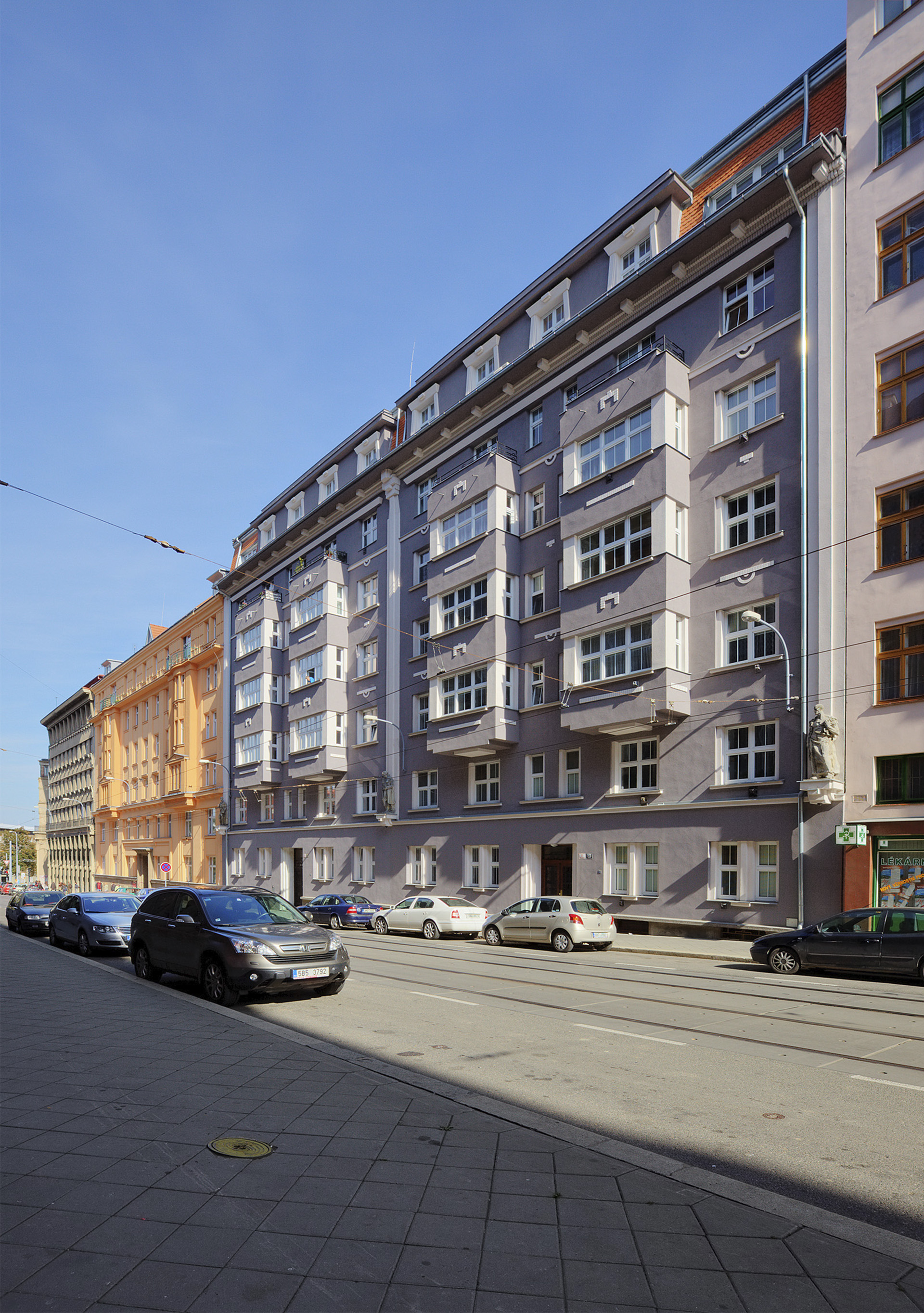 Today's compact urban complex of Nerudova and Zahradníkova streets took shape mainly in architect Jindřich Kumpošt's studio. The 1920s saw this area built up by the District Sickness Fund (Nerudova 11) and the General Pension Institute (Nerudova 14), the appearance of which is largely influenced by their multi-purpose use: in addition to office floors, a major part of the buildings housed apartment units.
However, Kumpošt's first project implemented in Nerudova Street involved two apartment buildings (at Nos. 8 and 10), built by the Worker Health Insurance Company for its employees in 1921-22; his design had won the architectural competition held by the company. These eight-level buildings feature generous two- and three-room apartments of 60 to 80 m2. The facade is segmented by alcoves rising across several stories and elements of bare brick that refer to the aesthetics of Vienna modernism as it was pursued in the studio of Professor Leopold Bauer, Kumpošt's teacher. The investor's business is symbolized by the almost proletarian motives of the sculptures by Václav Mach, which stand for Metallurgy, Engineering and a Working Woman.
The facades of the houses and the windows looking out on the street were repaired recently; the interiors still feature the original entrance doors of the apartments. No. 10 Nerudova Street still has the original wooden roll-up elevator door.