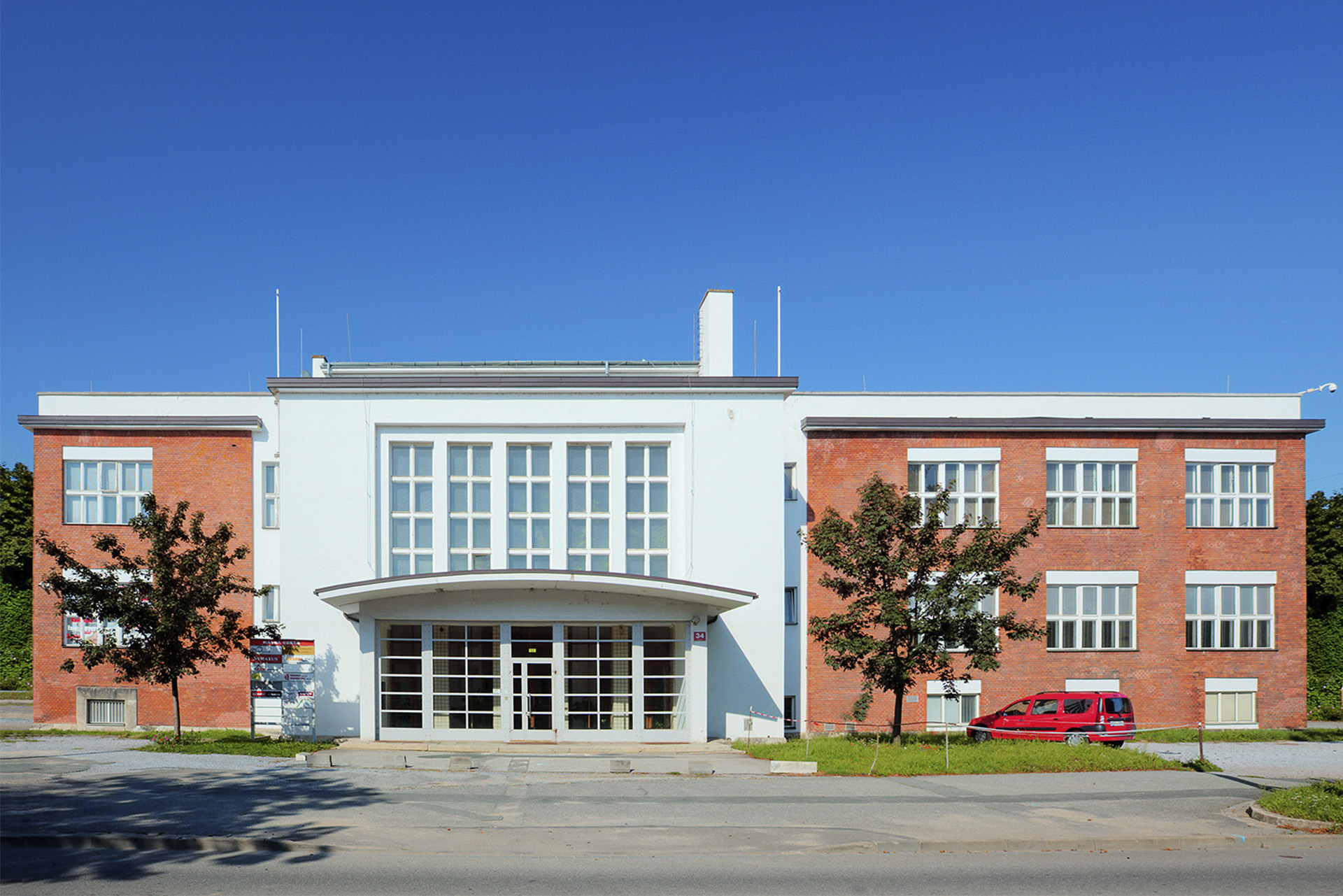 At the turn of the 20th century, Europe witnessed the emergence of large slaughterhouses and exchange markets where private butchers could purchase fresh raw meat. Bohuslav Fuchs prepared the design for the Brno commercial and administrative building of the Meat Exchange Market in Masná Street in 1924. Construction was completed two years later at a total cost of nearly 3 million crowns. The detached facility near the former slaughterhouse (in adjacent Porážka Street) features bare brick and segmented elementary volumes that allude to the works of Dutch architect Willem Marinus Dudok and American architect Frank Lloyd Wright.
The core of the cruciform layout is a lounge dominated by a monumental staircase and which divided the building into individual operating sections. The elongated nave houses a two-level commercial hall with basilica lighting adjoined by the commissioners' offices that could be reached from the gallery. The transept featured a restaurant on the ground floor and the "meat office;" a conference room and the manager's office were located upstairs. Service areas such as cloak rooms and kitchens were situated in the basement. The supporting structure of the building consists of a combination of walls made of brick and a ferro-concrete skeleton revealed in the purist interiors. The symmetrical main front is dominated by the entrance risalit (whose flat roof was later replaced with a segmented roof) as well as the prominent attic of the transept and white lintels over the windows. The facades reveal the diversity of the interior areas by the alternate use of white plaster (the entrance lounge, commercial hall, the rounded mass of the side staircase) and bare brick (transept and the office areas).
The Meat Exchange served as the headquarters of the meat-processing plant management during Communism. The building suffered numerous unprofessional reconstructions: for instance, the gallery above the main hall of the exchange was completely destroyed. Today the former Meat Exchange building houses several companies and a private secondary school.