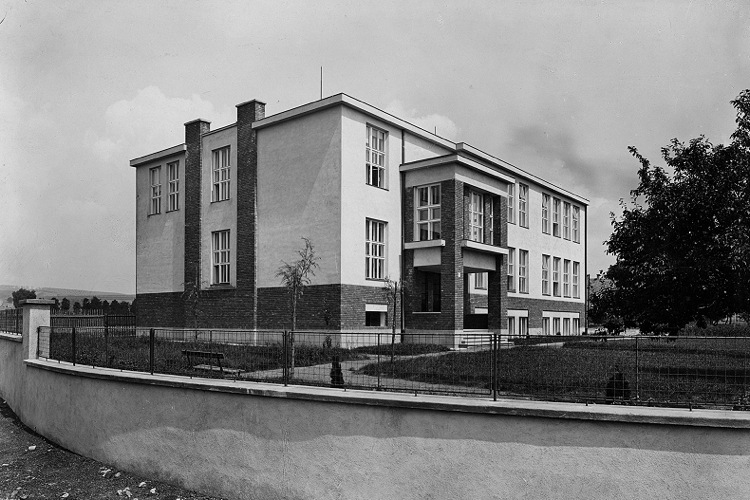 The green space behind the older municipal school from 1914 in Brno-Maloměřice was used for a new school designed by Bohuslav Fuchs and built in 1924-26.
This three-level building on a rectangular ground plan originally featured a flat roof. The smooth light facade is segmented by grid windows as well as strips of bare brick which form the base, stacks on the side facade and the pillars of the protruding entrance. The identical layout of both upper floors concealed two classrooms and two offices for teachers; the basement housed workshops.
In 1936-37 the school received an extension and an addition of one floor with a hipped roof, which is unlikely to have been designed by Fuchs. These modifications completely changed the original appearance of the building. Today the building houses an elementary school and an eight-year secondary school.