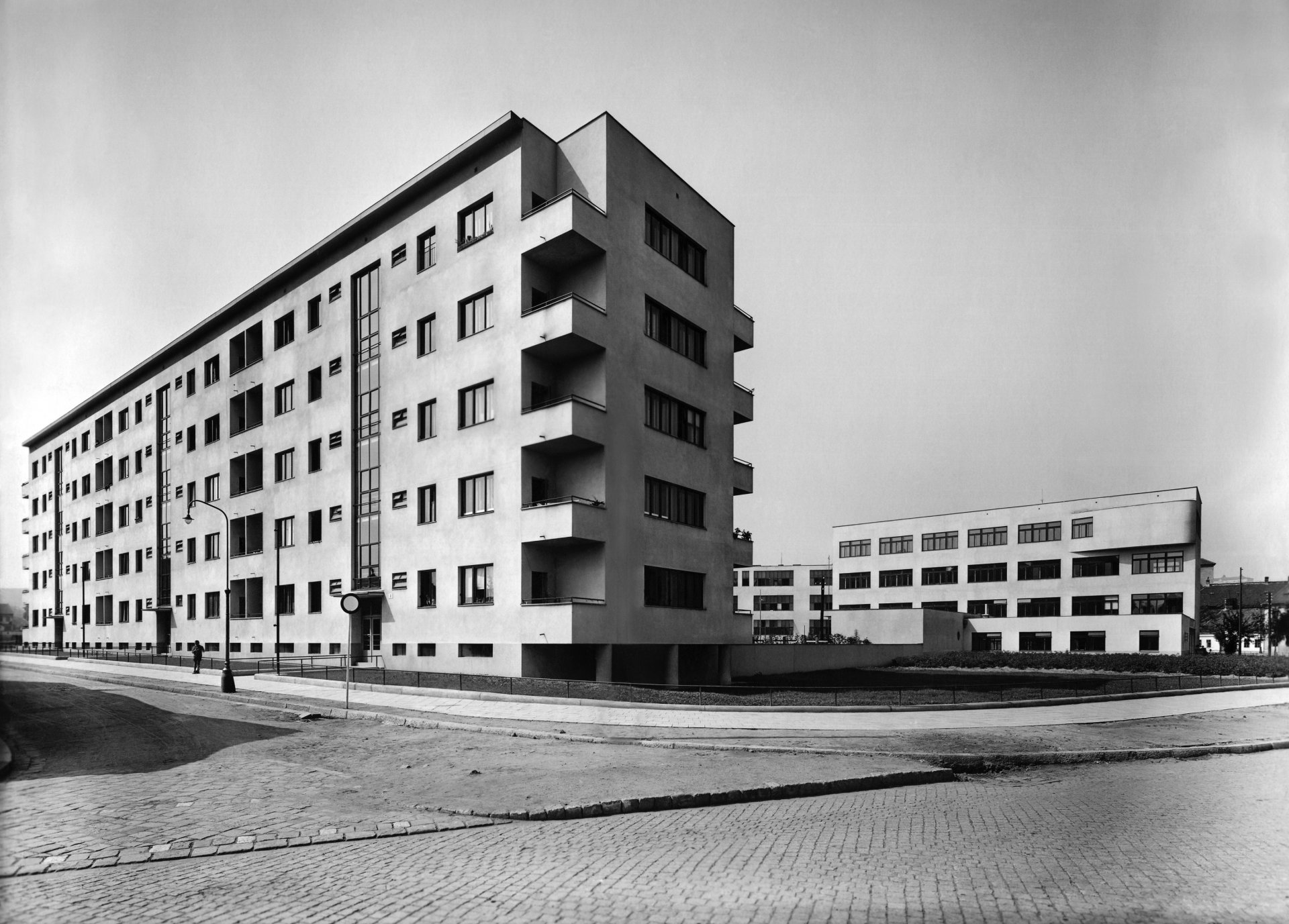 The building of houses for the poor in Náplavka Street was, like other similar projects taking place in Brno at that time, inspired by the Building Act of 1936. The act enabled cities to obtain state subsidies for the construction of residential buildings for people in need. These houses were designed by architect Josef Polášek, who was also working at the time on the extension of the girls' school on the neighbouring plot in Křídlovická Street.
The front of the building is rhythmically segmented by the glass bands of staircase windows and loggias; the rear facade also features risalits revealing the presence of studio flats. The internal layout of the building stems from a proven affordable housing design involving four small apartments and a studio flat in each residential section. As is quite common with Polášek's affordable housing designs, it is rather unfortunate that most of the apartments have rooms that all face a single direction. However, the apartment units are more generous and include a hall, a separate kitchen, two rooms, a bathroom with a bathtub and a toilet.
The building received new plastic windows, thermal insulation and a facade with a new colour during recent reconstruction work; however, these modifications accentuate some of the architectural features differently than the original intention. The constructivist aesthetics of the delicate window frames and uniform light facade have been replaced with wood imitations and several hues of orange on the facade.