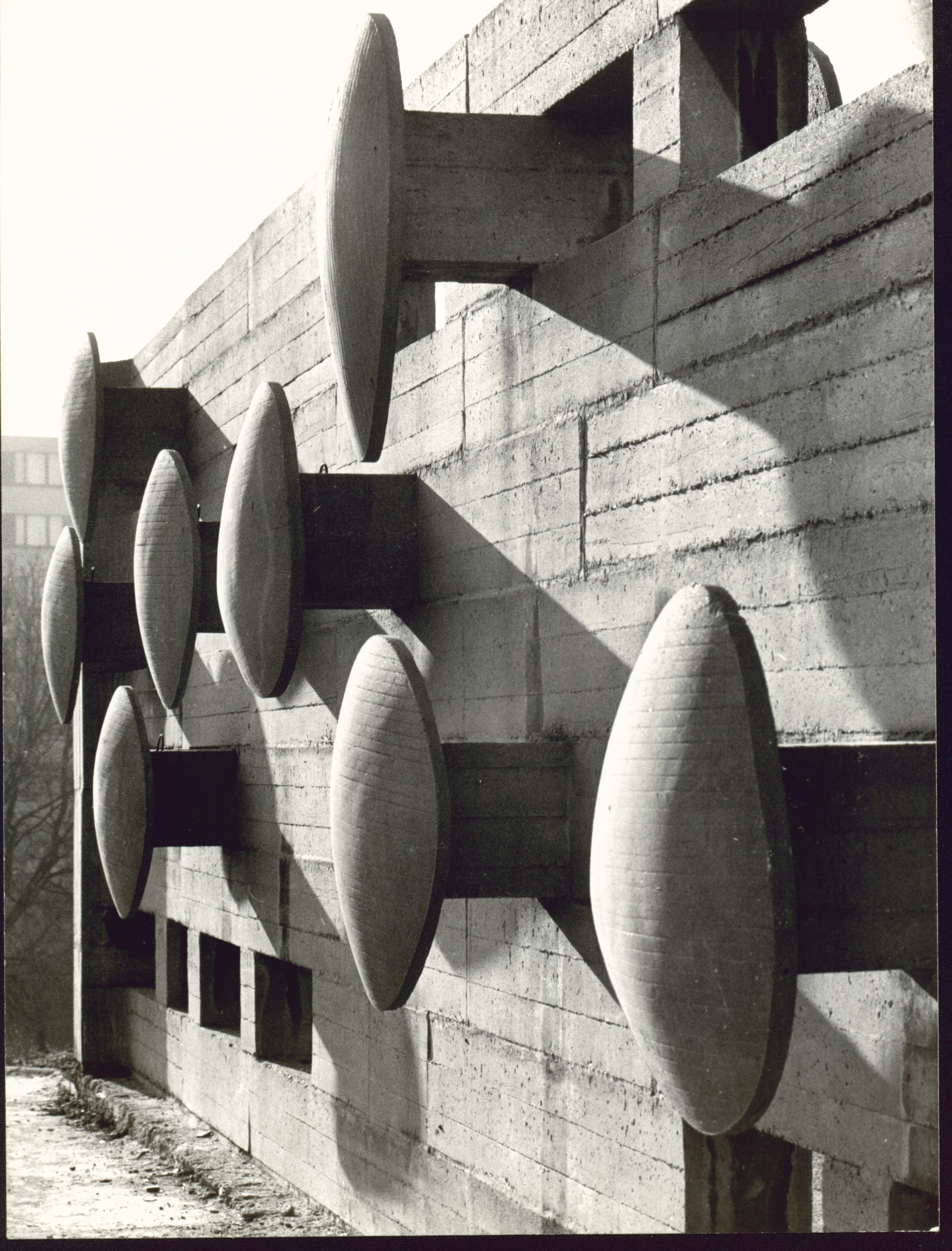 In 1969, a year before the completion of the construction of the district of Lesná, a series of so-called decorative walls was created. The architect Viktor Rudiš was in charge of the selection of artists and consultations with regard to the placement of the individual sculptural elements. He approached nine artists. ‘In front of every large building, we designed a paved play area for children’s games demarcated by walls conceived as art objects. I only determined the size and material, the concept was up to the artist,’ said Rudiš in the publication The Sixties in Architecture through the Eyes of Contemporary Witnesses. The walls were functional and conceived in various ways. They were built from material used directly in the process of constructing the housing estates, such as concrete, paving stones, or bricks. The humanisation of the space around the monumental prefabricated concrete panel blocks was an essential task, which was also referred to in a commentary in the periodical Architecture ČSSR from 1968: ‘This collection of small architecture brings a necessary human dimension into the individual spaces, which is particularly desirable in urban areas of large prefabricated panel buildings.’

Sylva Lacinová’s creation used prefabricated concrete blocks, which she placed on top of each other irregularly, thus creating apertures in certain parts and, from a functional point of view, also imaginary entrances for children’s games. The concrete block is complemented by nine sculpted targets entering the space, which resemble the aesthetics of the Brussels Expo 58. The author thereby created not only a decorative wall that demarcates and livens up the public space, but also a possible source of children’s games.