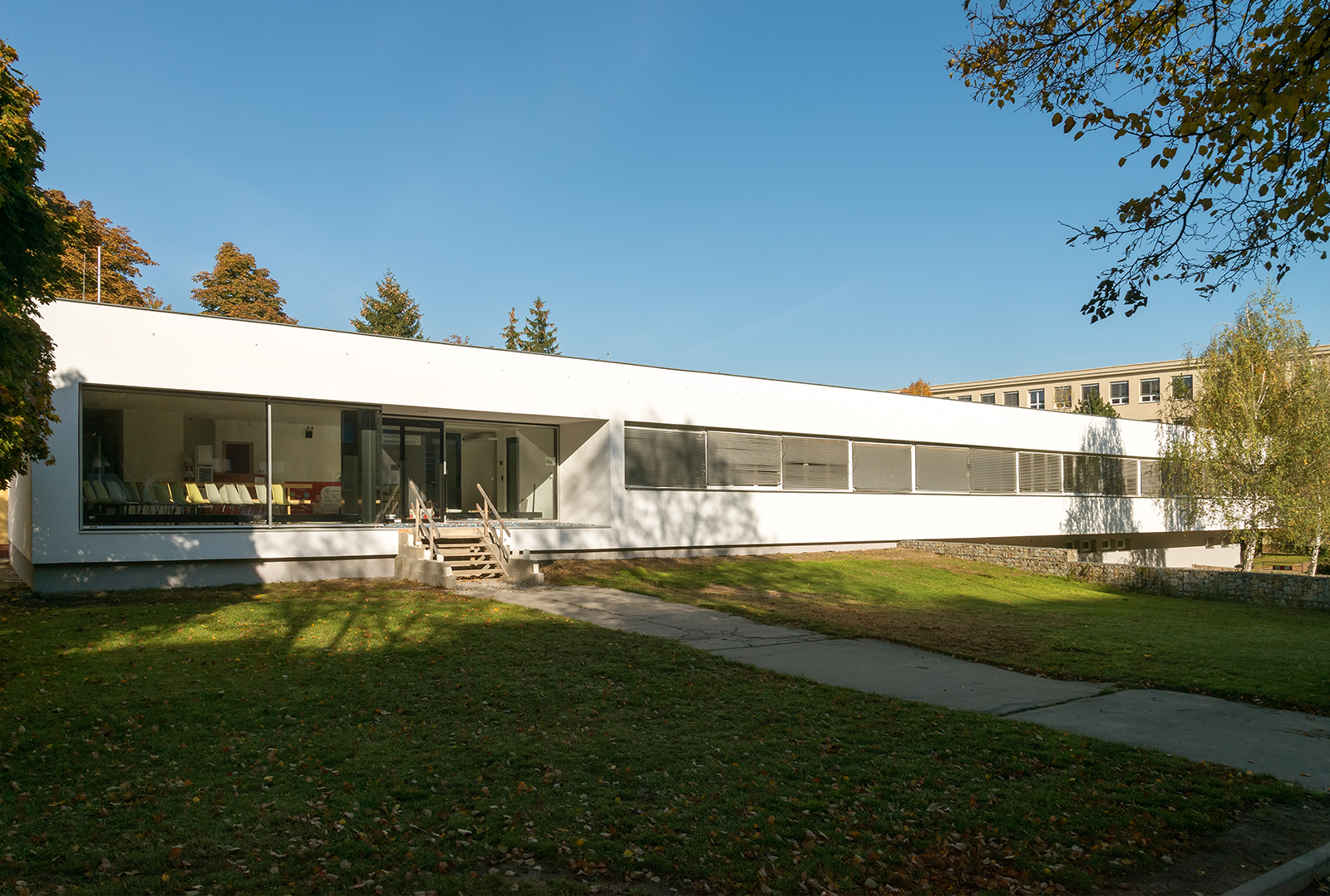 In its day, the Černá Pole housing estate offered its new tenants an above-standard level of public amenities, which were available almost as soon as it was built. Part of this residential development was the dental clinic building that was constructed in 1969. The author was Miroslav Spurný from Stavoprojekt Brno, who, influenced by the designs of Le Corbusier, in particular, left his architectural signature on this building.

This elegant rectangular structure with its flat roof and distinctive horizontal line of strip windows is set on gently sloping terrain. The left side of the façade is taken up by a striking plate glass entrance, which is accessible from an entrance terrace from Janouškova street. The height differences across the plot led to an unconventional massing solution for the building. By the entrance, only the ground floor is visible, whereas further down the slope, the basement comes into view, rising above the terrain. This area was originally decorated with dark ceramic tiles, which created a pleasant contrast to the light colour of the facade.

In 2017, the building underwent a complete reconstruction. This resulted in the original ceramic relief being removed from the rear of the facade and the fitting of new window panes. The interior staircase was preserved, as well as part of the interior decoration, including the original fibreglass chairs. Despite the radical transformation of the entrance terrace, the building has retained its original expression, formed by its simple lines that refer back to Brno’s interwar traditions.