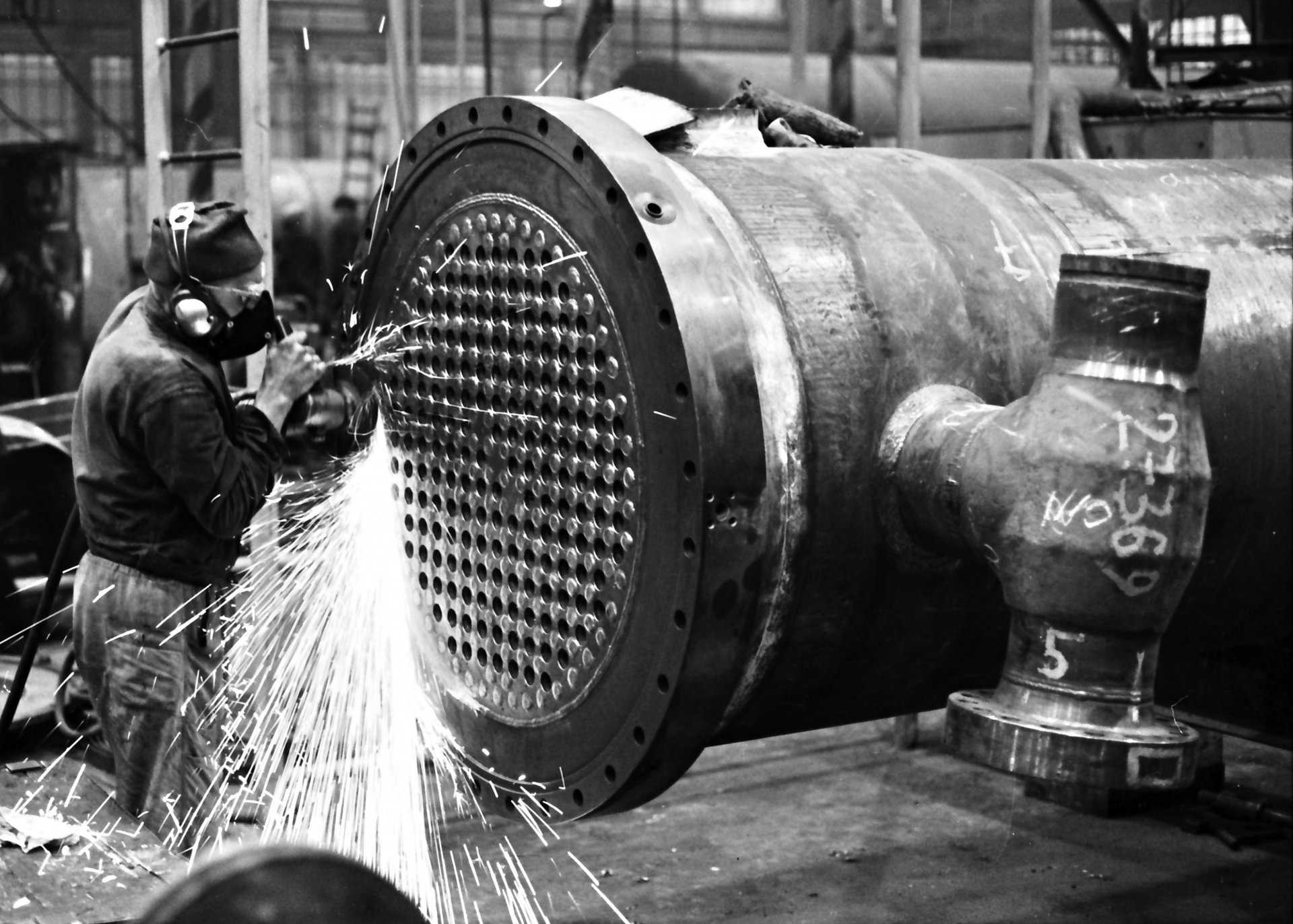 The Královopolská Engineering Works was founded in February 1890 by the engineer Filip Porges and his cousin, the Prague distiller August Lederer, under the name Brünn-Königsfelder Maschinenfabrik Lederer & Porges on the site of a sugar processing factory owned by Theodor Bauer. The engineering works was situated on the marshy ground of what was then the northern part of Nová Ves, which was a suburb of the separate town of Královo Pole, and covered an area of ​​3.44 hectares. Initially, only the north-western part of the strategically located site was used for the construction of the engineering works, near the Brno – Tišnov railway line and the Ponávka River, which served as a valuable source of water needed for manufacturing. Over the course of the following years, construction on the site gradually expanded towards the southwest.

In its first decade, an array of buildings grew up on the site serving the lucrative production of wagons, tanks, steam boilers and machinery, refrigeration equipment, and equipment for the petroleum, sugar and wood processing industries. By 1895 the engineering plant consisted of an administrative building (the original sugar processing building), a wagon production building, a carpentry workshop for wagon production, a forge, a foundry, a non-ferrous foundry, an assembly plant, a lathe workshop (probably a several-floor building), a pattern shop and rail facilities over 1,200 metres long. Later, a bridge building hall and many other buildings were built to serve the constantly-expanding production. Up until the First World War, the construction development of the engineering works was very dynamic but, according to reports from that time, many of the buildings were still of a provisional nature. By 1920 the complex had been hit by five major fires, which severely damaged some of the buildings. With regard to architectural heritage, noteworthy buildings from this period are the current engineering plant, built in 1909, which was originally an assembly hall for woodworking machines, and the foundry building from 1912, which was later rebuilt.

For Královopolská Engineering Works the interwar period brought further success in the field of Czech and international engineering, but this was not reflected in terms of its architecture. Paradoxically, extensive rebuilding and modernization of the engineering plant only began in 1940, during World War II, when the company was incorporated into the Berlin conglomerate Reichswerke Hermann Göring. The acquisition of new land and the demolition of old unsuitable buildings created space for extensive building, which gave rise to a new pattern shop, an extension to the carpentry workshop, washrooms, changing rooms, a second-floor extension to the foundry, a bridge building hall, its own power plant and the fencing of the whole site. In 1945, during the liberation of the country, a bomb fell on a roadway, partly damaging the boiler building. It also damaged roofs and broke windows, and a wood storage building burned down. Small parts of large machine tools were also stolen by the fleeing Germans.

In the early post-war years, it was a struggle to repair the war damage in both the Královopolská Engineering Works and the city’s public spaces mainly due to the shortage of experienced engineers in construction planning (after the departure of German specialists). Nevertheless, by 1948 the engineering plant was working at such high capacity that plans for reconstruction were, once again, drawn up. In the years 1949–1964, i.e., during the first three five-year plans, the site underwent its most extensive reconstruction, as its output increased many times over, with a corresponding increase in the number of people employed. In this period, seven other separate nationalized companies specializing in machine production and foundry industry were incorporated into Královopolská Engineering Works. The company also began to become more oriented towards the production of equipment for the chemical industry and wastewater treatment plants, and the manufacture of steel structures for bridges and cranes.

All these occurrences led to the expansion of the power plant, the compressor plant, several transformer stations, as well as modifications to the tool shop, lathe shop, interim storage facilities and the old heating plant. However, the most notable was the reconstruction of the hall Chemistry I (known as the ‘old bridge building hall’, built at the end of 19th and beginning of 20th century) in 1947–1948, which continued in 1954–1956 by extension of the collection hall, paint spraying workshop and radiography stations. Between 1949 and 1951, the engineering plant building was also modified. In the period 1949–1955, the steelworks underwent an extension and modernization, which led to the creation of, among other things, its southern nave, a rough machining workshop, an administrative building and a cleaning shop. The demolition of the old buildings related to assembly, engineering, painting, technical offices and sliding-wall wagons created space for the construction of a new bridge building hall with administration block (1951), a kiln hall (1951), a forge (1949–1950), a pattern warehouse (1946), a main warehouse (1948), a ferroalloys warehouse (1949), a compressor building (1948), a vocational school (1950–1951), a medical centre (1955), a radiography hall (1955), a hall for welded metal objects (1957), annealing shops (1953), a central separating shop (1961), Chemistry Hall II with radiography hall (1961), pipe cutting rooms (1962), a workshop for general repairs (1959), paint spraying rooms (1958), coal handling equipment (1953) and garages (1952, 1959). In the second half of the 1960s, construction activity on the site was limited to essential work due to the limited resources available for investment. From the mid-1970s until the privatization of the enterprise in 1992, no large buildings were built on the site; funds were used primarily for maintaining existing buildings and creating an appropriate new environment for engineering.

The period of the company’s greatest prosperity also brought about other construction activity, which was not limited to office and production facilities. In addition to the polyclinic and the vocational school with its sports grounds, the engineering works also built recreational facilities, hotels, cinemas, civil defence shelters and pre-school facilities. A multi-purpose sports hall in Královo Pole was also built thanks to the company.

The architects Mojmír Korvas and Mojmír Čevela are often cited as being authors of the post-war architectural design of the engineering works. Even so, their names are not recorded in its preserved building documentation, as the preserved designs for individual buildings were in many cases elaborated by the project architects of Kovoprojekty in Brno. While it is assumed that Královopolská Engineering Works had its own architectural office, as witnesses from the time attest, this is not confirmed by archive documents. Nevertheless, it is supported by the fact that Korvas is named as ‘company architect’ on the building plans for the multi-purpose sports hall in Královo Pole. Therefore, the architectural design of the whole enterprise may be attributed to him.

Today, many of the buildings on the site are rented by private entities, some buildings have fallen into disuse and are becoming dilapidated (for example, the power plant, Chemistry Hall II), some buildings are earmarked for demotion in the near future (such as the pattern warehouse), while new production buildings are rising in the place of the old ones. Today, the public limited company Královopolská fully utilises for production purposes the multi-aisle halls of the bridge building works and Chemistry I with its administrative facilities, the tool works, the main warehouse, the separating shop, and the radiography and several smaller buildings in the south-eastern part of the site. The foundry and forge buildings are also functional and are used by subsidiaries of the engineering company.