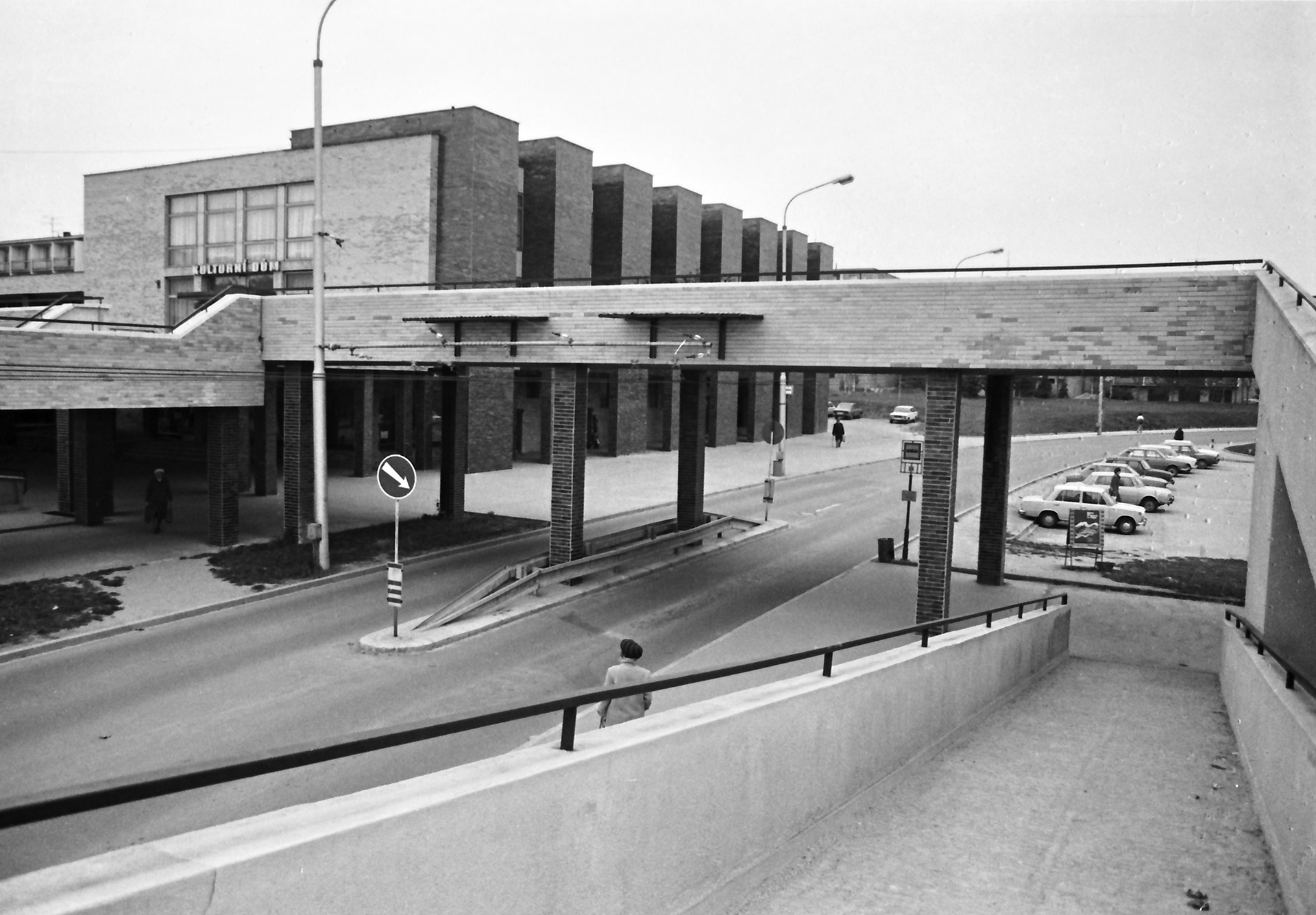 Rubín shopping precinct in Žabovřesky was built between 1975 and 1980 according to a design by the architect Vladimír Hřebačka. The construction was delayed due to a shortage of manpower and the shortfall was made up by the use of temporary workers such as apprentices, labourers, and also a group of students from Vietnam. The building consists of a prefabricated skeleton, with load-bearing masonry walls. In the construction of building C, prefabricated wooden ceiling panels which speeded up the construction process.

The precinct comprised three buildings. Building A housed a number of shops, a patisserie and a post office on the ground floor. On the first floor was a restaurant, a café, a textile shop and a hairdresser. Building B served as a medical centre and pharmacy, and was clad with ceramic tiles and decorated with mosaics. Building C was used as a centre for cultural and physical activities and social gatherings. On the ground floor, there was a library and reading room, and also a multi-functional hall (which could be used for screening films). On the first floor there were clubrooms, a gymnastics hall and a ceremonial hall. Two sculptures adorned the precinct - Růže [Roses] by Sylva Lacinová and Žena [Woman] by Konrad Babraj (and remain there to this day).

The individual buildings corresponded to each other in colour and height and were connected by terraces and ramps, creating a compact appearance. Today, only the terraces connecting buildings A and C survive. The terraces to building B were demolished, as the post-privatization owners neglected them and they fell into disrepair, thereby constituting a hazard for pedestrians. Building B has been completely rebuilt and extended upwards by two floors, thus distorting the original compactness in height. Although slightly damaged, the exterior of building A has been preserved. The inscription ‘RESTAURACE rubin’ with a symbol of a gemstone can still be seen above the entrance to the facility. Building C was renovated in 2006, when it was insulated and had its windows replaced. Because its ramps were demolished, it was necessary to add on a distinctive structure that provided lift access to the building. The façade onto the street has retained its sculptural character which is enhanced by the inverted L-shaped pillars that alternate with the windows. In the past, this quality was accentuated by the contrast in colour, as the pillars were from brickwork. The original ceramic mosaic still adorns the interior of the entrance hall. The wood-panelled ceiling in the multi-functional hall has also been preserved, the shapes of which correspond to those of the lighting.