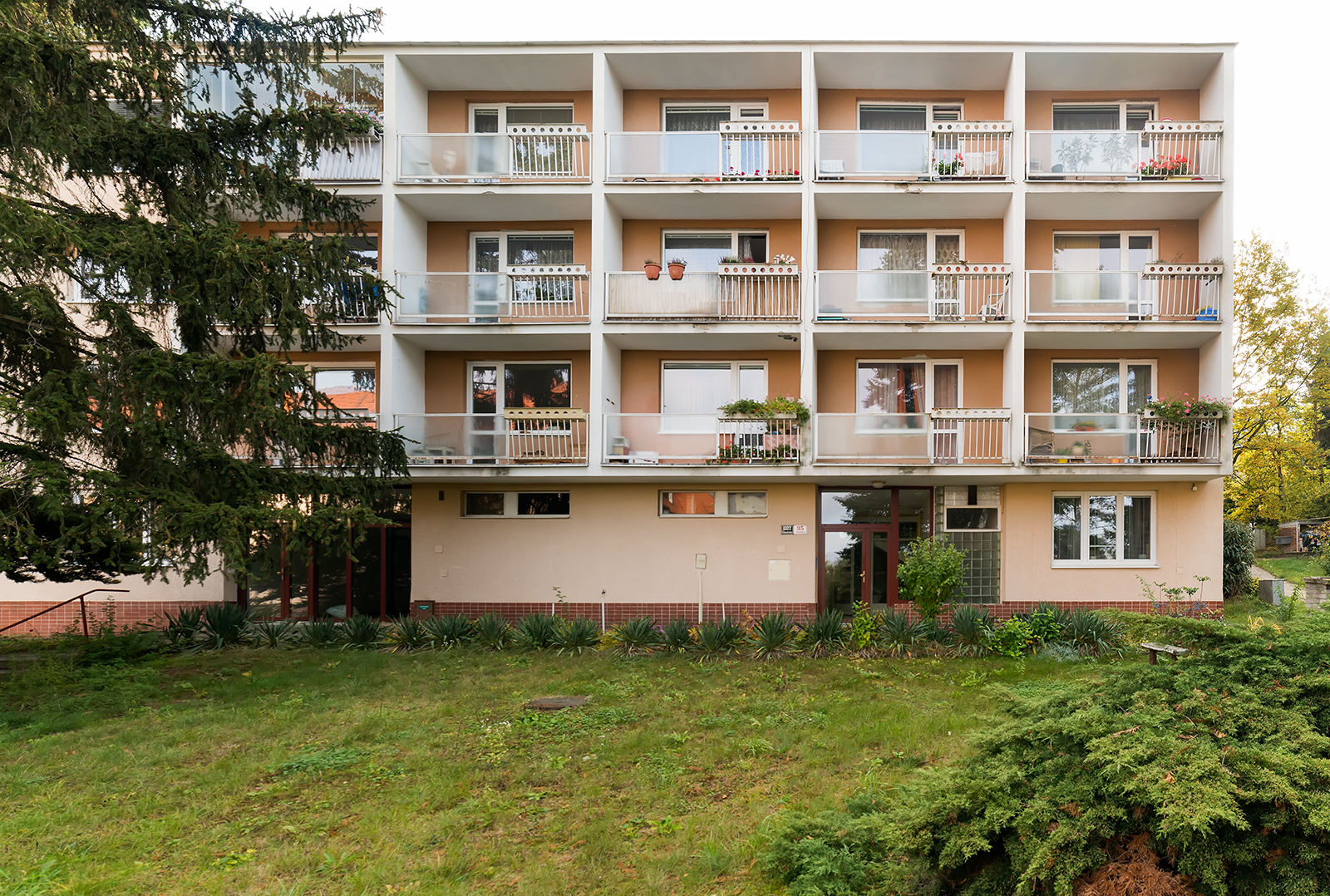 After the Second World War, the shortage of housing became more severe, although the roots of the problem dated back to the interwar period. The task of the state’s design institutes was not only to remedy the damage inflicted on the housing stock during the war, but also to cope with the population boom that occurred shortly after it ended.

In terms of architectural expression, at the end of the 1950s and beginning of 1960s, the design of new buildings gradually shifted away from socialist realism and moved towards a strictly economic approach. This was the start of a period associated with increasing efforts towards the prefabrication and standardization of buildings. At the same time, it was in 1960s when the first significant public criticism concerning the unsatisfactory standard of housing appeared. Complaints mainly related to the dull urban designs of residential units, the unified appearance of houses and the unsuitable floor plans of apartments. This criticism resulted in the founding of research and design institutes which were tasked with designing ‘experimental’ buildings that addressed economic requirements and also the need for quality and aesthetic housing.

In 1959, the first experimental building by the architects František Zounek and Viktor Rudiš was built on Vinařská street on the basis of an innovative design using cast concrete, which allowed for a lower consumption of building material and greater variation in the interior space, while still maintaining the distinct aesthetics of the building.

The two apartment buildings that were built in 1961 opposite Kounic Student Hall of Residence on Mučednická street in Žabovřesky were replicas of this experimental building, which, in the architectural context of Brno, was referred to as ‘the Zounek type’.

A janitor’s apartment and the facilities that served the whole building were located on the ground floor. There were also storage spaces for each apartment and a shared laundry and drying room. On each floor, there were two mirror-image flats with a small hall, kitchen and a room facing south-west.

Due to the atypical configuration of the interior space, some windows were built into the side facade, which made it impossible to arrange these buildings into larger residential settlements. For this reason, apart from a few replicas in the Pisárky and Žabovřesky districts of Brno, this type of building, or rather its structural system, was not used more widely.

Viewed from the street, this four-floor building, with its two entrances and thirteen residential units, is striking for its distinctive facade that is segmented by a symmetrical grid of loggias. The earthy shade of its roughcast plaster exterior gently contrasts with the deep-red ceramic tiles and the metal door frames of its entrance in the same colour. In its current form, neither the replacement windows nor the new soft pastel tones of the front facade detract from the distinctive expression of the building as a whole.