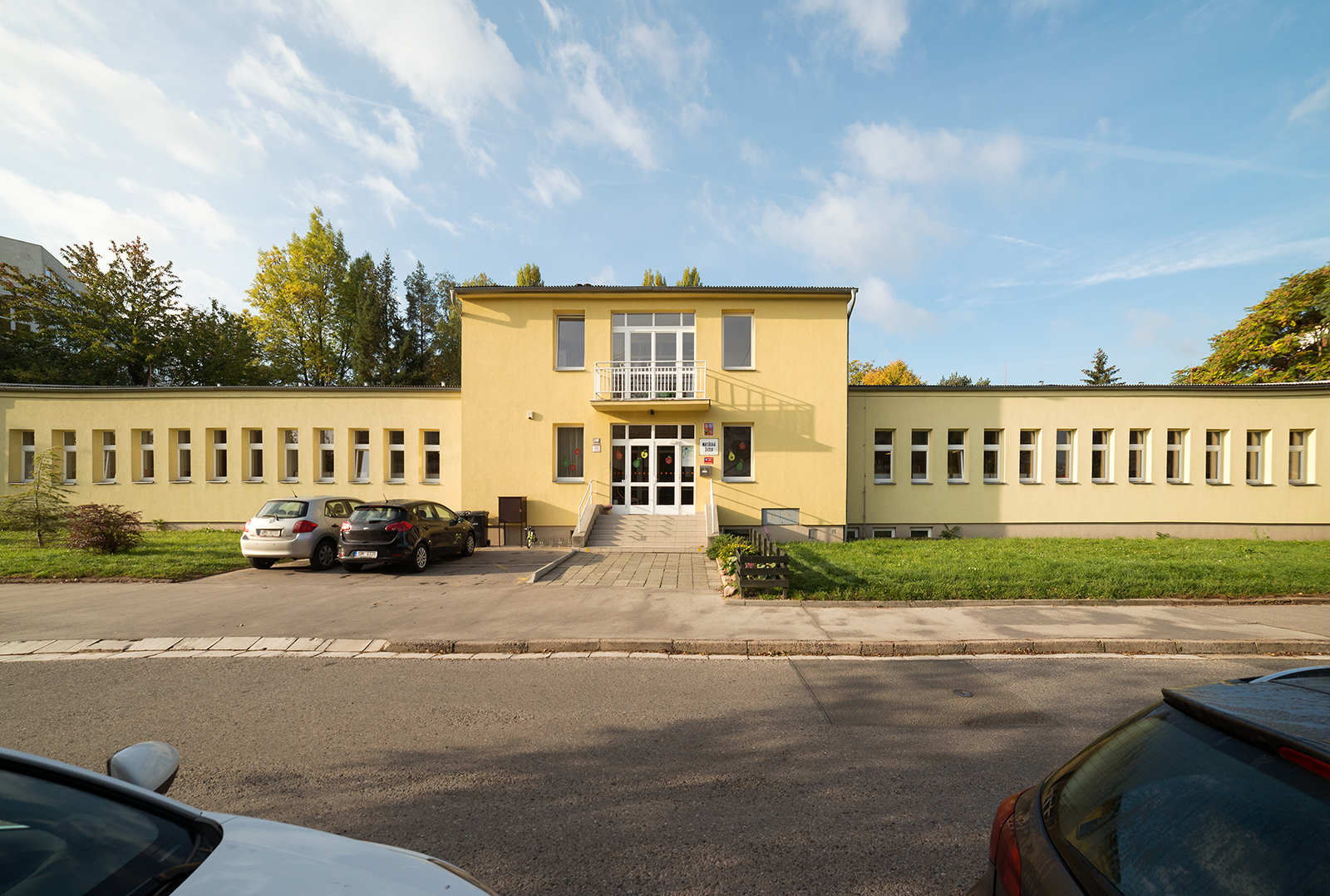 This nursery school was designed by the architect František Korvas and was built between 1961 and 1962 at the foot of the hill Kraví Hora, close to the housing development on Žižkova street. The two-storey building has a rectangular layout with a gently sloping gable roof. In the central part of the building there is a two-storey administrative block, with adjoining single-storey wings for three classes on both sides The school was designed to accommodate a total of 90 children.

At the rear of the nursery school building there was a lush garden, providing a comfortable and secluded environment for the children to play in during the day. The facilities also included two paddling pools and a summerhouse.

In 2004, the building underwent reconstruction; the heating equipment was replaced, the original wooden windows were replaced with plastic versions, and the whole exterior of the building was clad in thermal insulation. It is worth mentioning that the original neutral colour of the building’s exterior was retained, which is rather unusual for renovations of nursery schools, as there is a tendency to opt for striking colours.