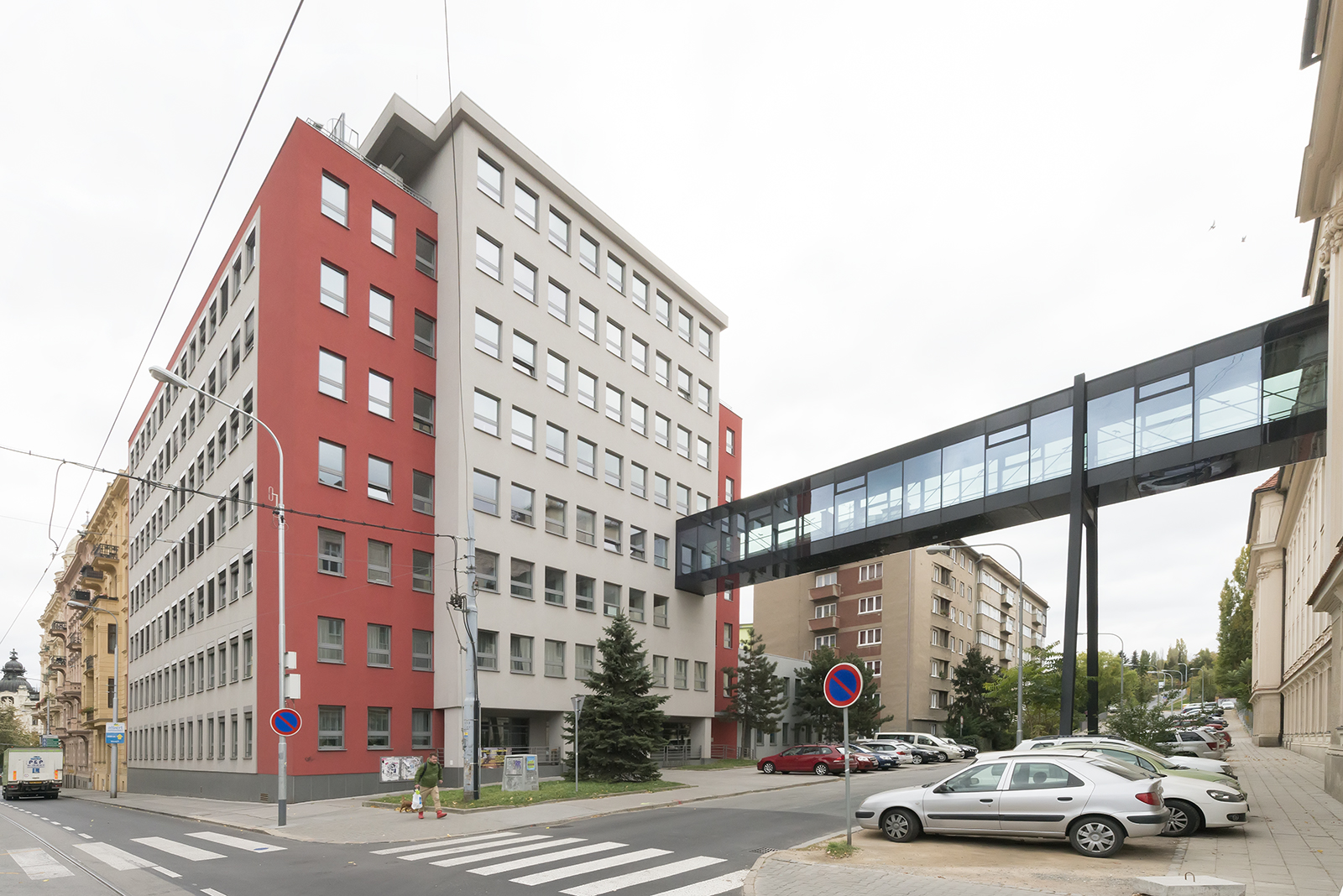 The Keramoprojekt organization, a national company with branches in Brno, Prague and Trenčín, was established in 1951, and specialized in the research and development of building materials and technologies. In the early 1960s, after a decade in operation, the South Moravian branch received a new operations building, located north of the city centre on a vacant site at the junction of the streets Veveří and Rybkova. It was designed by the architect Jiří Velek, who was the author of a milk bar and a shop named Tempo on the main square, náměstí Svobody, in the early 1950s.

He used a masonry and reinforced concrete structure and created a seven-storey L-shaped building that was divided into two interconnected wings. On to this he added a ground floor residential area containing two flats, placed in a regulation space between Keramoprojekt and the adjacent apartment building on Rybkova street. The main entrance to the building was from Rybkova street and was located in an arcade under a huge vertical avant-corps, which is one floor higher than the facade on the Veveří street side. The elements characterizing the Keramoprojekt building are its symmetrically structured and coloured facades with their dense repetition of sash windows, the protruding parapets of which add three-dimensionality, its cornices, and its balconies at the corner of the building that belonged to the offices of company executives. While a number of the larger studios and offices looked directly out onto the street, the smaller spaces, which were more suitable for quiet, individual work, were logically situated facing the courtyard. Sanitary and operations spaces surrounded the main staircase, which was located at the junction of the two wings.

Velek’s Keramoprojekt design won second prize in a regional competition of design projects for the years 1960-1962. However, reviews from that time feature criticisms of the illegible reinforced concrete construction, the poor continuity with its neighbouring building, which was an Art Nouveau palace, and the structuring of the roof terrace.

The recent renovation and thermal insulation of the former Keramoprojekt building has transformed its architectural expression for the worse: the symmetrically segmented and sculpted front facade was painted a uniform colour, and the corner balconies facing Veveří street and all the original architectural details were removed. The building is now a teaching facility and refectory of the Faculty of Civil Engineering of Brno University of Technology, and has also been connected to the university building opposite by means of a suspended glazed corridor.