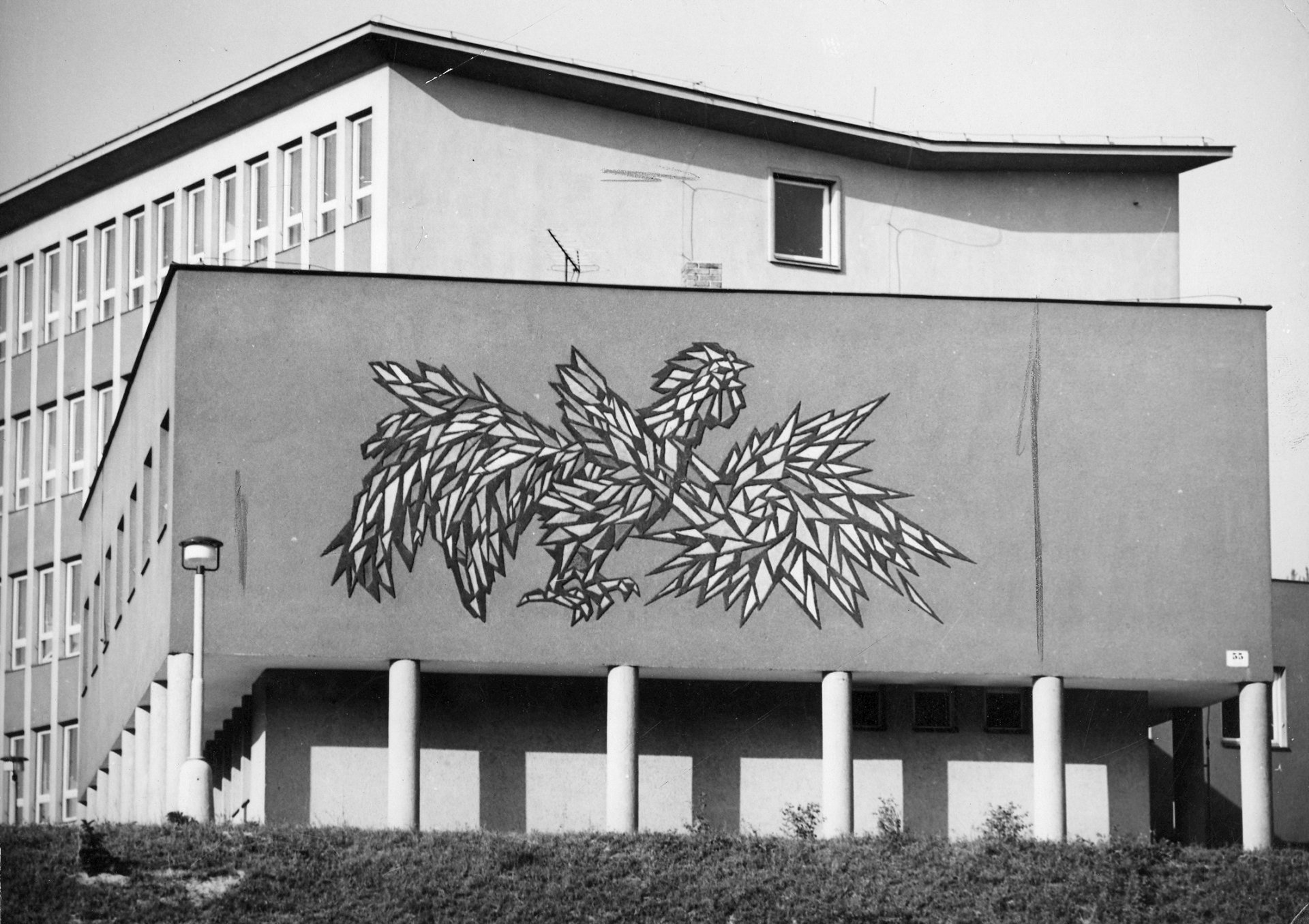 The primary school on Úvoz was one of the civic amenities for the small Úvoz housing development that was constructed along the newly built road at the foot of Kraví hora hill leading to the square Konečného náměstí. In the years 1959–1962, a number of residential apartment blocks were built in this area still using traditional brick construction technology, under the supervision of a large design team headed by Miloš Kramoliš and Zdena Kopecká. The apartment buildings that emerged in that time combined the more traditional architectural expression of moderate socialist realism, a waning force exemplified by the block on the western side of Úvoz, along with more progressive post-war modernism. This was in evidence on the opposite side of the street in the form of ten-storey high-rise buildings with sloping roofs and seven-storey prefabricated panel apartment blocks with small, elegantly designed balconies with delicate balustrades.

The primary school was situated at the foot of sloping terrain west of the street front and had 27 classrooms. The design was by the Brno architect Jaroslav Ledvina, who also included a nursery school alongside it. From the beginning of the 1950s, Ledvina had worked intensively on designs for school buildings and had already completed a number of projects in Brno (for primary schools on Botanická and Merhautova) and in other cities (such as the technical school in Žďár na Sázavou). Both theoretically and practically he focused on opportunities for standardization in architecture. The primary school on Úvoz is similar to the one he designed on Bakalovo nábřeží in another part of the city. Both of them are configured as three-wing buildings. Each of the wings had its own specific function and converged on an entrance hall with a grand staircase covered by a 12-metre dome.

The largest, four-storey part of the building follows the contours of Úvoz street and was designed as tuition space. There are dense rows of sash windows set into the facade separated by narrow pilaster strips in contrasting colours. Most of the classrooms face the street while the headmaster’s and teachers’ offices and sanitary facilities overlook the courtyard. There is a small wing at an angle to the road supported by columns that create an arcade. This wing offered space for extracurricular activities and included clubrooms, after-school waiting rooms and even a dental surgery. The gym and dinner hall, at a right angle to the teaching wing, runs in the direction of the nursery school. The approach to the school featured a series of shallow terraces with staircases. Located here, on a marble pedestal, was a realistic bronze sculpture by Konrad Babraj entitled Spartakiada (1962) depicting three women in skirts with small children and hoops above their heads, commemorating a recent mass sporting event. The façade of the two-storey wing for extracurricular facilities was also decorated with large-format painting of a geometrically rendered rooster by Miloš Slezák and Milan Zezula.

The original configuration of the school is still quite visible today, even though other buildings have been added more recently. Unfortunately, the original windows and the colour scheme and artistic decoration of the facades were removed when the building was clad in thermal insulation.