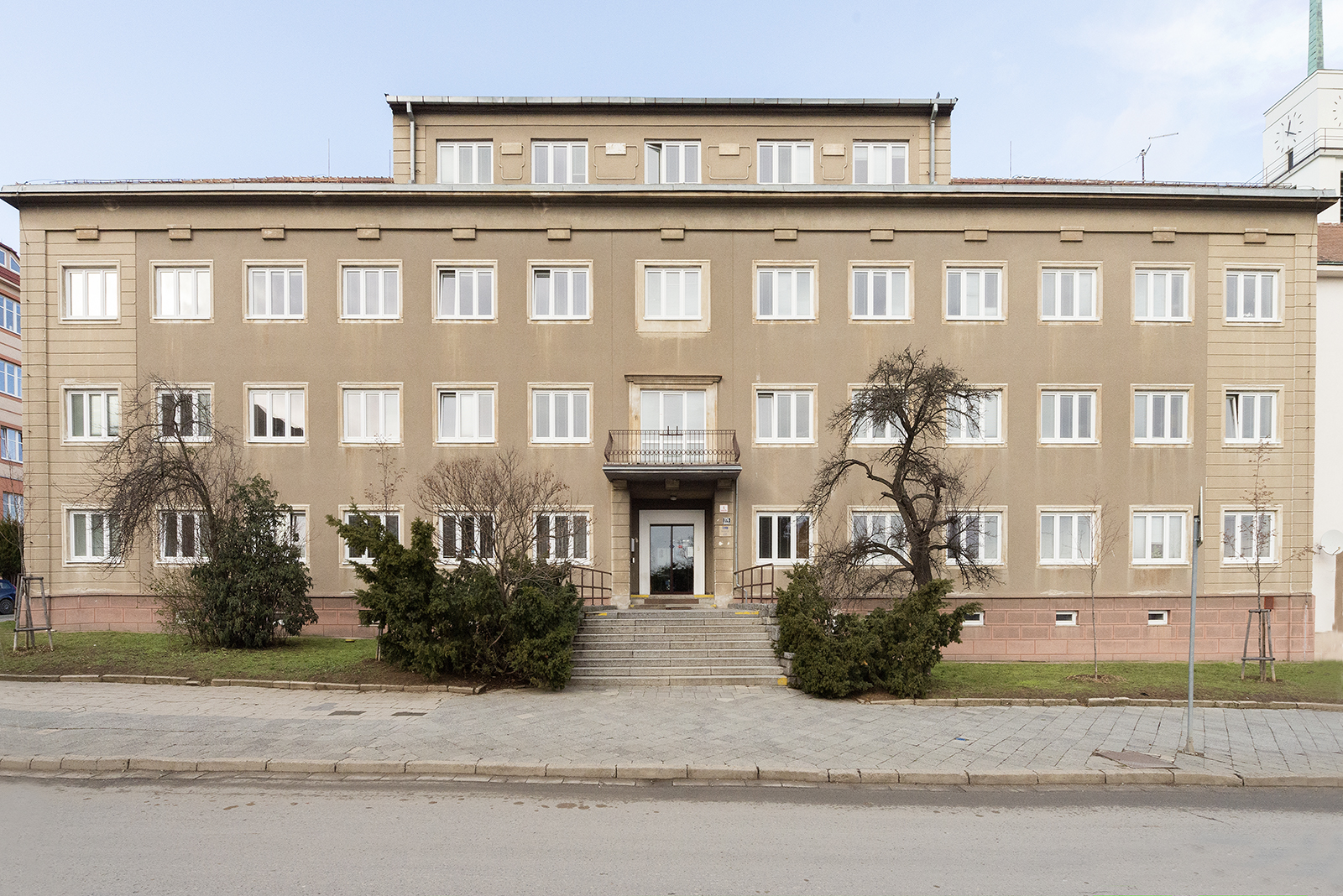 From the time it was established, the university in Brno suffered from both a lack of teaching space and a shortage of accommodation for students. In the interwar period, most students lived in lodgings. Only a small fraction of the student population was accommodated in dormitories, which became more widely used after the Second World War.

The dormitories on the square náměstí Míru, in the Masarykova čtvrt’ district, were built at the end of 1953 for accommodating students of Brno University of Technology, formerly the Dr. Edvard Beneš Technical University in Brno. The construction was initiated by the architect Miloslav Kopřiva, former head of the Department of Building Construction at the Faculty of Architecture. However, it has not been possible to establish whether he also actually drew up the project plans. In 1954, the building was assigned to Masaryk University.

The two-storey rectangular building with gable roof and built-in loft space was connected to the rectory of the Church of St. Augustine, which was built in 1938 according to a design by Vladimír Fišer. The decoration of the facade is based on the principles of socialist realism, but in a very sober classicist form. The corners and ground floor of the building are decorated with bossages and the windows are framed by shaped chambranles.

The total capacity of the dormitory was for 245 students, mostly in quadruple rooms. On each floor, in addition to the individual rooms, there was a modestly equipped kitchen and sanitary facilities with communal showers. In the basement, a communal space was later built, which featured a piano, a television and a gym.

The dormitory is situated in a quiet residential area of villas, close to a local grocery shop and a park with an observatory, and is well connected to public transport. From the time it was built, it has offered students comfortable and affordable accommodation. Although the original windows and entrance doors have been replaced, the building largely retains its original appearance.