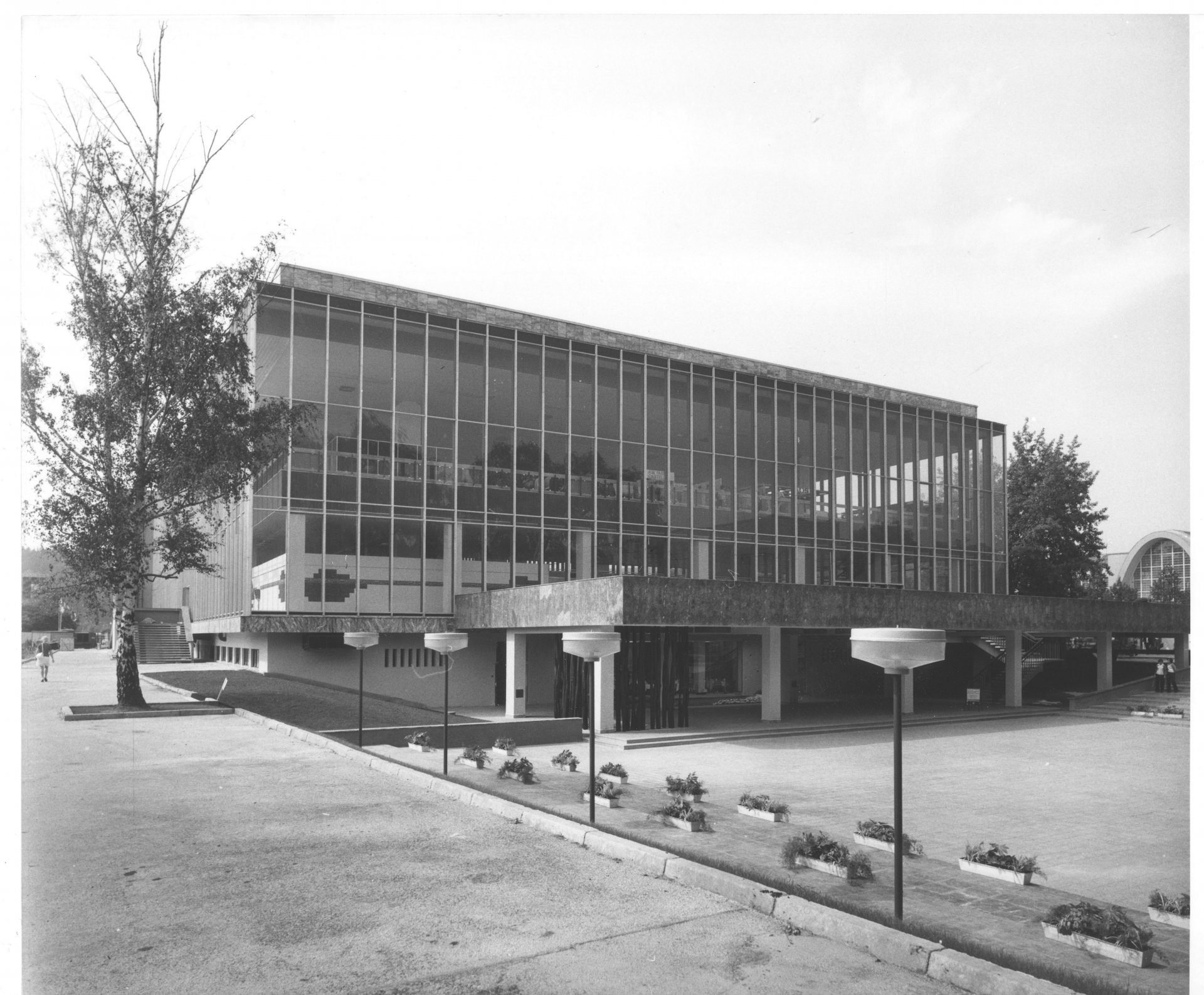 In the normalization period following the events of August 1968, the construction of new pavilions was complicated even more by the stricter centralization of building. The largest structure in this period (though already on a plan from 1964) was Pavilion D close to the interwar pavilion of Moravia, on the site of the demolished pavilion of the City of Prague.

It is a simple construction with an adjacent elevated terrace, a glass facade and a reinforced-concrete frame. There was originally a restaurant, storage rooms and technical facilities in the basement; on the south side there are four storeys of galleries with offices. It was the first air-conditioned pavilion; due to the overheating of the facade, the glass had to be later provided with reflective screens.

The pavilion now houses the Vida scientific amusement park. For this purpose the building was reconstructed in 2014 and modified to a design of the K4 studio. The main entrance was transferred to Křížkovského Street where an entrance structure of an organic shape was built; together with the roofing of the nearby tram stop it constitutes a distinct form and colour element enlivening the austere cube of the original pavilion.