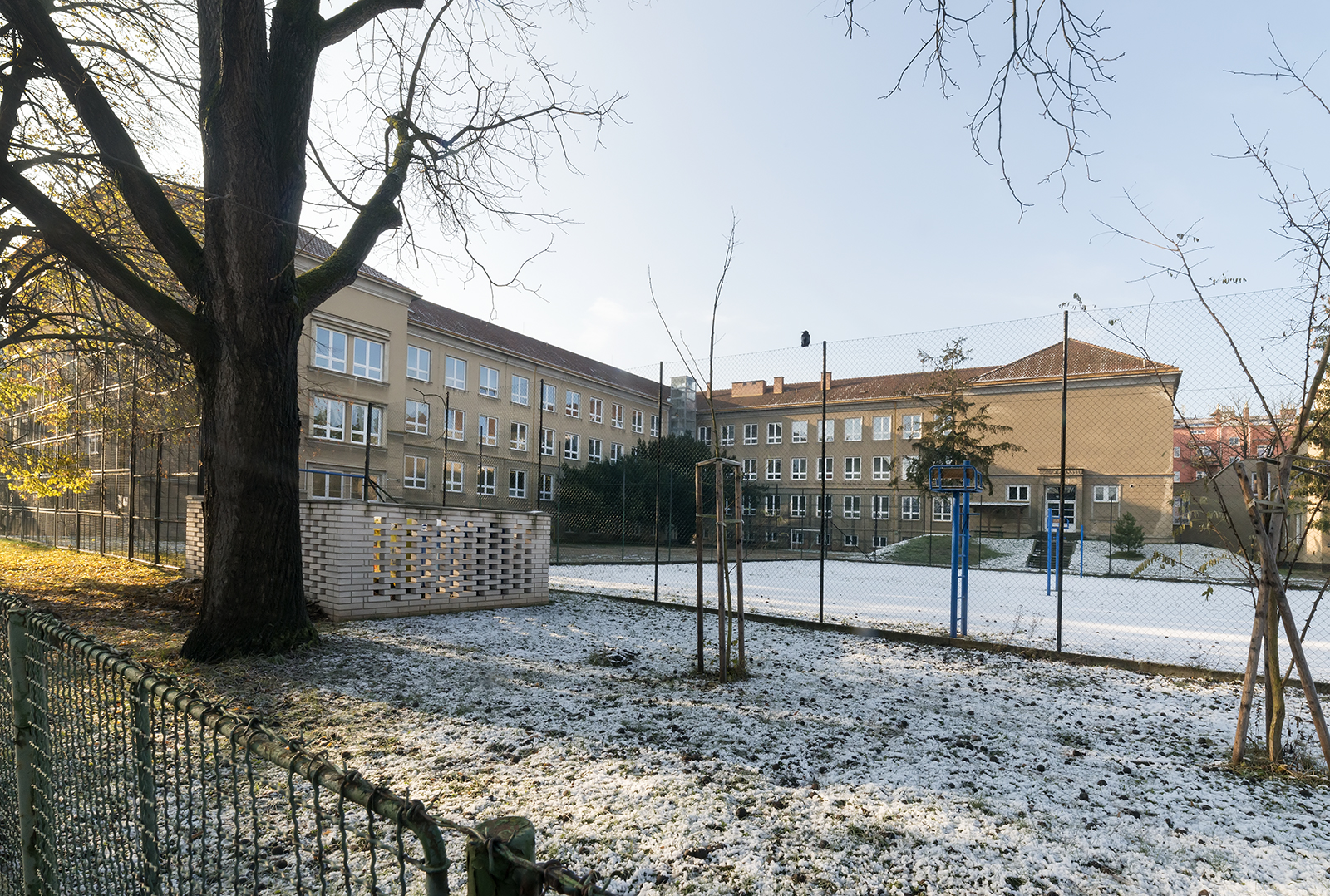 The roots of this gymnázium (comparable to a grammar or high school) in the Staré Brno district can be traced back to the second half of the 19th century. However, the first building it could call its own was not built until 1929 and stood on Poříčí street. The author of that design was the architect Jaroslav Syřiště. The post-war period brought with it a new school reform, which formally affected the functioning of the grammar school, leading to its transformation into a so-called eleven-year secondary school. A new building was built for it on Vídeňská street (no.47) in the period 1956-1957, following a design by the architect Jaroslav Ledvina. In periodicals from that time, the building was feted as a symbol of the new political system, contributing to the democratisation of education that was now available to all social classes. This idea was also accentuated by the location of the building, which stood in what had formerly been a working-class area of the district of Staré Brno.

The two-storey building of the school, with its adjacent park-shaped square, was connected to an existing apartment building on Vídeňská. However, when compared to the original plan, only part of it was built, which comprised 27 classrooms, administrative facilities, a spacious staff room and a gymnasium. The second stage of construction, which would have seen the addition of a dining room and kitchen, was never carried out. In its time, the grammar school offered above-standard tuition in the field of computer technology, whereby teachers and pupils had at their disposal specialized computer classrooms and a radio studio.

Elements of the facade of the building are characteristic of socialist realism. It is segmented into a grid of two-part windows which are framed with shaped chambranles. The entrance part of the building is accentuated by an avant-corps that includes a ground floor portico and a balcony, and which is crowned by a cornice decorated with relief of Jan Amos Comenius by the Brno sculptor Jiří Marek. The smooth stucco of the facade pleasantly contrasts with the rustication that decorates the building around the perimeter of the ground floor. The interior of the entrance hall is adorned with striking sgraffito decoration by Jan Rajlich.

With the exception of some interior repairs, the building has been preserved in its original form to the present day. It is to be hoped that the planned thermal cladding of the building will not deprive it of its authentic expression, which documents an important stage in the development of the post-war architecture of Brno.