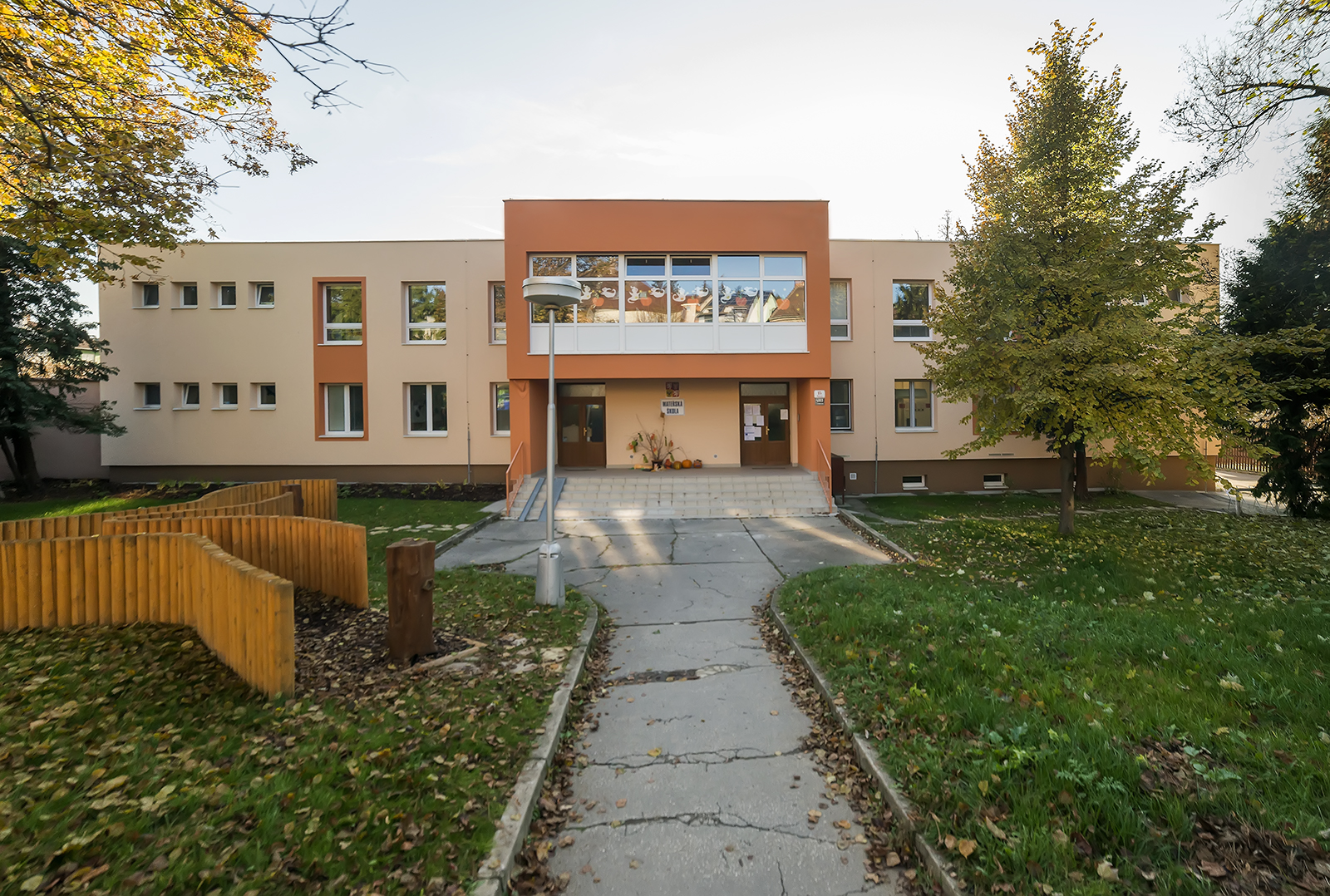 In the 1970s, in the Židenice district of Brno, there was a severe shortage of nursery school places. A nursery school had been built on Nopova street in the early 1970s, but its capacity was insufficient. It was therefore decided to build a new nursery at the opposite end of the street on the site of a former summer cinema. In 1976, led by the architect Ivan Ruller, Atelier R of the Brno-based Investprojekt designed a three-class building for a capacity of 90 children with a garden for games.

The building is rectangular with two above-ground floors and a flat roof. The dominant feature of the main facade is the projecting body of the staircase hall with two raised main entrances. While the side facades were fitted with simple casement windows, the central avant-corps was glazed with a large horizontal window running the whole width of the staircase. With this, the architect created a brightly illuminated staircase space, which, unfortunately, is no longer in its original state because the windows were changed. A reinforced concrete shelter extends from the facade of the rear part of the building connecting the terrace to the garden at the level of the first floor.

The layout of the interior is divided by the floors and the central staircase into four functional units. The kitchen and the administrative and technical facilities can be found on the right-hand side of the ground floor. The classrooms for children are located on the left side of the ground floor, and in both wings of the first floor. Each wing has two adjoining classrooms with an open layout, sanitary facilities, and teachers’ offices.

Present-day hygienic standards required the building to undergo significant modifications, which included expanding the sanitary facilities. The windows were also replaced (in 2010) and the exterior of the building was clad with thermal insulation (in 2016). The original light rough-cast plaster facade was replaced with orange plaster and the central horizontal window no longer lights the staircase hall as brightly as the architect intended. Nevertheless, the overall function of the building remains the same and around 80 children attend the nursery school on Nopova.

Before the Nopova nursery school was built, Ivan Ruller drew up several example designs for nursery schools for 90 children. These were, for example, for the nurseries on Viniční street and in Bystrc that were built later as a part of the project ‘Initiative Z’. A similar ground plan was again used in Židenice on Šaumannova , but without the participation of Ivan Ruller.