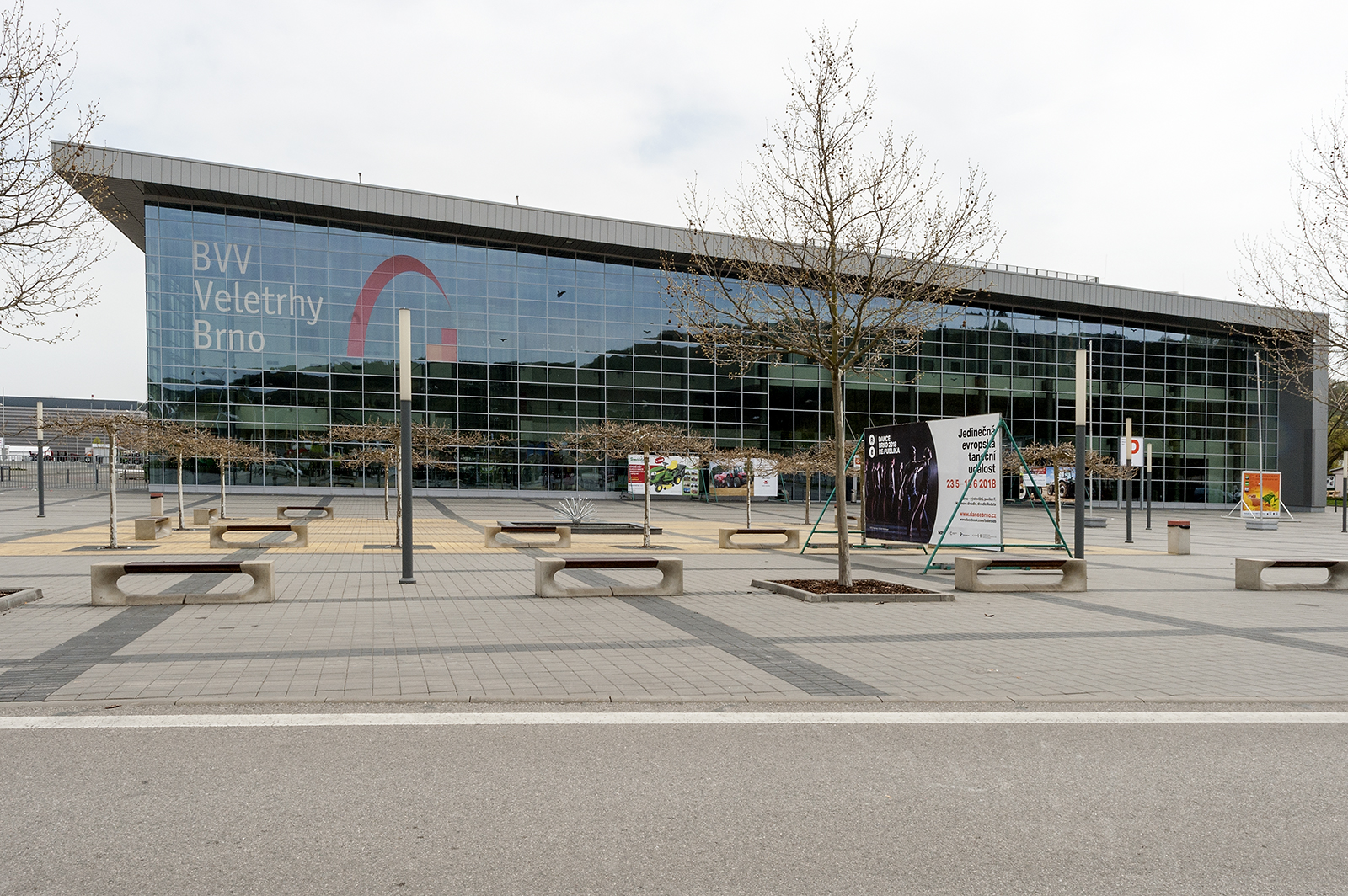 The original urbanist concept of the Brno exhibition centre from 1928 was limited, as regards the construction of pavilions, to the eastern section of a large plot purchased in 1924 from the Bauer brothers by the Moravian Provincial Committee. As a result, the exhibition centre then occupied less than half of the acquired 58 hectares of land. It was only a plan from 1957 produced on the occasion of the first International Engineering Fair that involved 60% of the purchased plot, including the site on which Pavilion P now stands. At that time, there was only a landscaped green area, three lakes and a cinema. In the years to come, temporary exhibition pavilions started to emerge south of Pavilion Z. An urbanist study by architects Zdeněk Müller and Jaromír Stříbrný from 2000 featured a new entrance with a car park in the south-west section of the exhibition centre, vital for visitors turning off the Prague motorway. The growing interest of exhibitors in this part of the exhibition centre in the following decade triggered the construction of a new pavilion, preceded by a development plan by architects Jaromír Stříbrný and Lenka Štěpánková.

A tender for the design of a new Pavilion P was announced in 2007. It was constructed in 2008 – 2009 to a winning design by architect Jaroslav Dokoupil. The work began with the demolition of small economic facilities and the pavilions P, R and X.

The new Pavilion P covers over two hectares of land and combines extensive exhibition spaces with a representational entrance to the exhibition centre complex on the west side. The structure is supported by a steel frame; its shell of different kinds of materials is marked by a certain hierarchy. The west frontage with the main entrance consists of a glass wall, the north and east frontages facing the exhibition centre are covered with rectangular metal panels, and the south frontage with service entrances has aluminium sandwich panels giving it an almost a monolithic look.

The pavilion is divided into three sections. The east section houses technological, sanitary and storage facilities, while the representational section with an entrance hall, a foyer, conference hall and a restaurant faces the west, The main exhibition area is between these two sections. It can be separated from the west section with a folding wall or a screen suspended from the ceiling frame soffit. The single-storey, double-nave exhibition hall can be divided with a mobile inflatable wall into two to four sections. Service entrances are located in pairs opposite, and are accentuated on the side facades with monumental minimalist portals, filled on the north side of the building with glass walls. The north and east frontages are accentuated as well, by the  overlapping roof. Pavilion P is the most recent landmark on the west axis of the Brno exhibition centre which had been neglected for several decades.