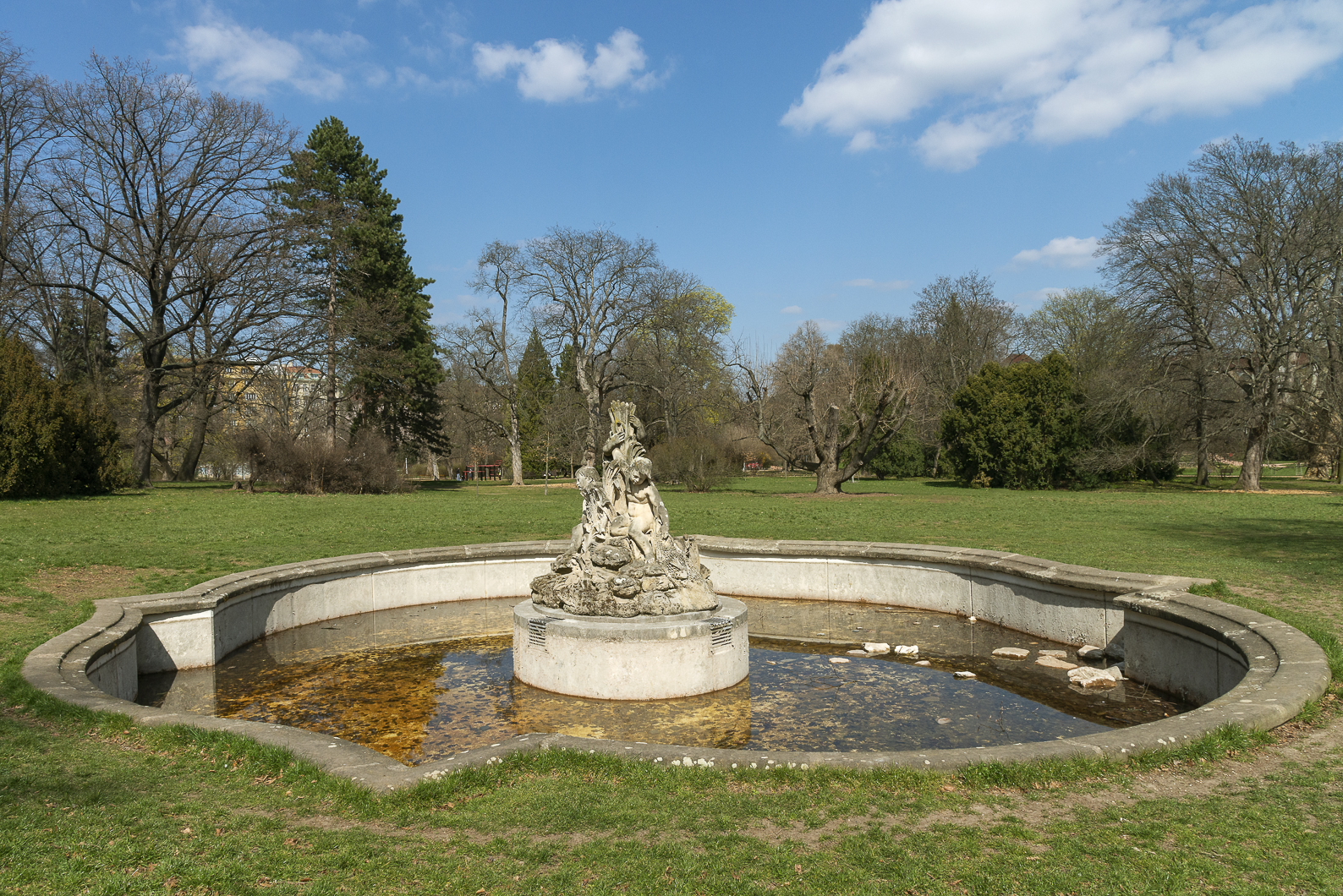 The Brno sculptor and stonemason Adolf Loos Sr. (1829‒1879), father of the famous architect, was born on 17 August 1829 in Jihlava as the fifth of seven children of teacher František Loos and his wife Františka. The entire family moved from Jihlava to Brno in 1838, where Adolf Loos Sr. received his first training in the Drawing School of Mathias Stiastny (1794–1866); from 1849 he began studying at the painting department of the Vienna Academy. After his father's death in 1852, he moved to the sculpture studio and studied there until the winter semester of 1855–1856, but apparently did not complete his studies. During his studies and shortly thereafter, Loos worked in the studios of Viennese sculptors Franz Schwarzer, Josef Schönfeld and Franz Melnitzky.
It was with Franz Melnitzky (1822–1876) that he collaborated on his very first commission for Brno: the sculptural decoration of the fountain decorating Lužánky municipal park. The high-quality sculptural work shows the typical formal features of contemporary Viennese sculptural production. The sculptural group has a pyramidal composition and consists of figures of three little boys gathered on a circular rocky island in the middle of the fountain. One of the boys holds the Moravian provincial emblem with a Moravian eagle in his hands; the second grips the edge of a fishing net containing fish, while the third grasps a tall bunch of reeds with both hands. On the side, at the foot of the sculptural group, the embossed coat-of-arms of the Lažanskýs of Buková can be seen: there is a part of a cartwheel, which has long been called “korbel” (jug). Since the family’s coat-of-arms was a silver jug on a red field, this fact has been represented sculpturally in the work: in the heraldic codification for black-and-white representation, the colour red is marked by vertical hatching. The reason for placing the coat-of-arms on the sculpture was simple: between 1850 and 1860, Leopold Count Lažanský of Buková (1808–1860) was the Moravian Governor– i.e. the highest political representative of the Moravian provincial government. In 1860–1939, today’s Moravské Square was named after him, and his monument has been standing there since 1901; it was most likely originally his tombstone, transferred there from the abolished Municipal Cemetery on Kounicova Street.
The design of the (unrealized) monument to Joseph II was also awarded to Lužánky, founded as the first public park in the Czech Lands by Emperor Joseph II in 1786. In November 1861, its two variants were presented by Loos Sr. at the Brno exhibition of paintings, which introduced the artist to the local art audience. The only photographic portrait known so far shows Adolf Loos Sr. standing next to a table with one of the variants of the monument to Joseph II.
In the early 1860s, the young sculptor began to work in Brno and soon became a recognized local cultural personality. In the same year when the sculptural group in Lužánky originated, he founded his stonemasonry company. Its activities then continuously grew from 1860 until the early 1950s.