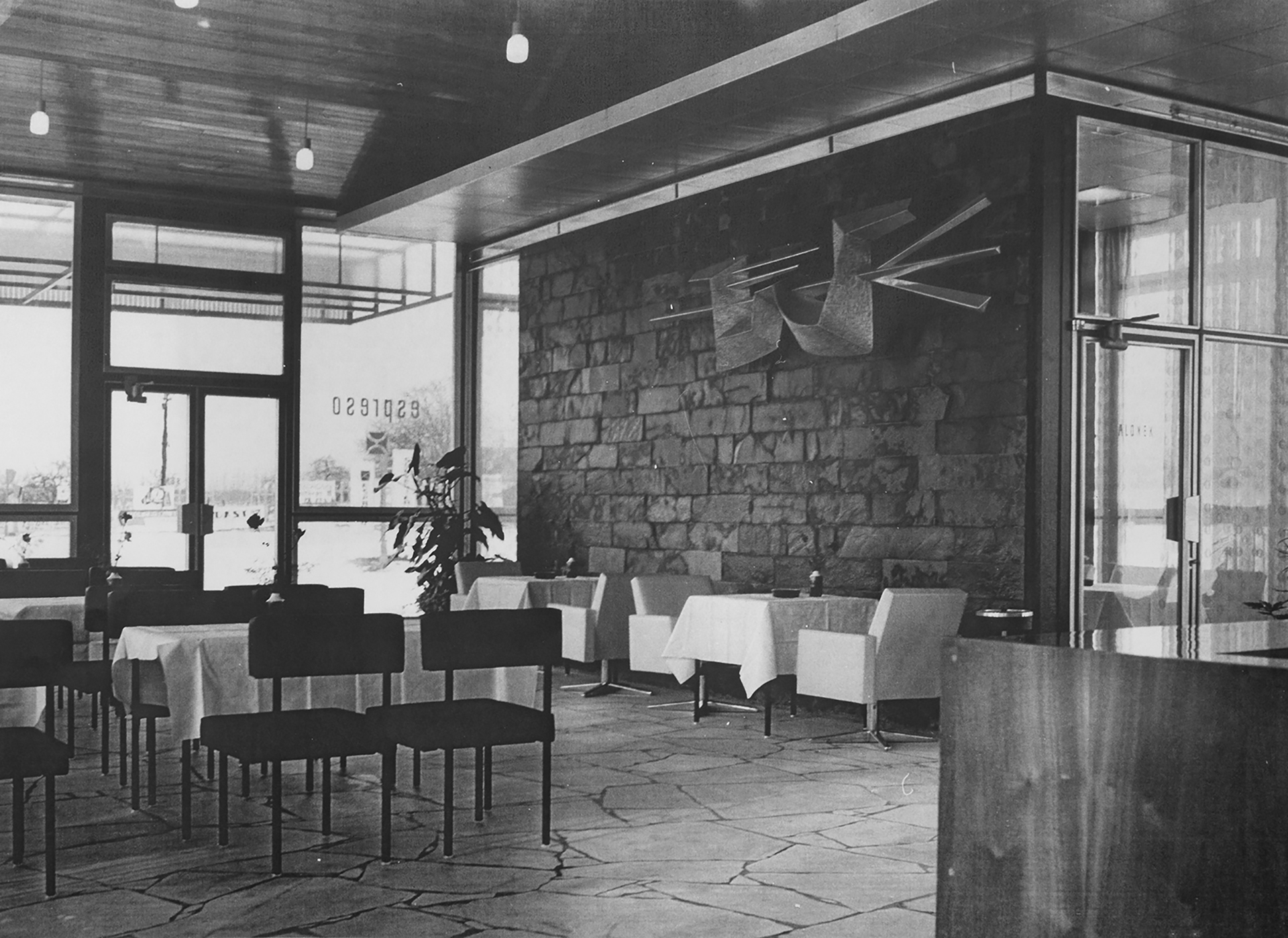 The extensive modern University Hospital complex which had been growing up on the greenfield site in Bohunice from the end of the 1960s also included the building that housed the Brno headquarters of the Chirana Research Institute for Medical Technology. This organisation was a state institute engaged in the development and production of medical aids and technologies. Its administrative building was situated in the north-eastern part of the hospital complex, in alignment with the Psychiatric Clinic building of architect Zdeněk Kříž from 1965. The Chirana building was designed by Miroslav Spurný in 1971. At that time, he was also working on the plans for the main hospital building and the gynecological and obstetrics pavilion, along with his Stavoprojekt colleague Libuše Kopřivíková, who designed polyclinics on housing estates in Lesná and Blansko. The Chirana building was completed at the end of the 1970s, making it one of the first to be finished in the whole hospital complex, the construction of which continued for decades.

The solid longitudinal eight-storey block with its fully glazed eastern and western facades plays with the contrasting volumes of its individual parts. The sheltered roof terrace, with two circular apertures in the roof, extends across almost half of the top floor and is complemented on the ground floor by a set-back arcade formed by square pillars which support the main office part of the building.  Its substructure is a light transparent, shortened entrance area of two floors, which in the east protrudes into the space in front of the office facade. In the basement, there were workshops and changing rooms, and on the ground floor there was an impressive entrance hall and a dining room with clubrooms. Protruding from the eastern side is a round staircase tower, one of Spurný’s hallmark features, which was surrounded by long corner balconies. The administrative zone with offices and laboratories was designed as a double-pile central passage with a connecting corridor that, in the centre, led to a spacious hallway adjacent to the staircase on each floor, from which the balconies were accessible.

Today, the Chirana building is very close to the new university campus, which was built in 2012, and is used by Masaryk University’s Faculty of Medicine. It has also been completely renovated. The facades of the building have undergone several changes. The original suspended glass wall was replaced with a new one, featuring a darker shade of glass and a different window pattern. An outdoor spiral metal staircase was also built on to the north side. A distinctive red rounded section has been added to the original entrance on the western side and is connected the university campus by a covered passage.