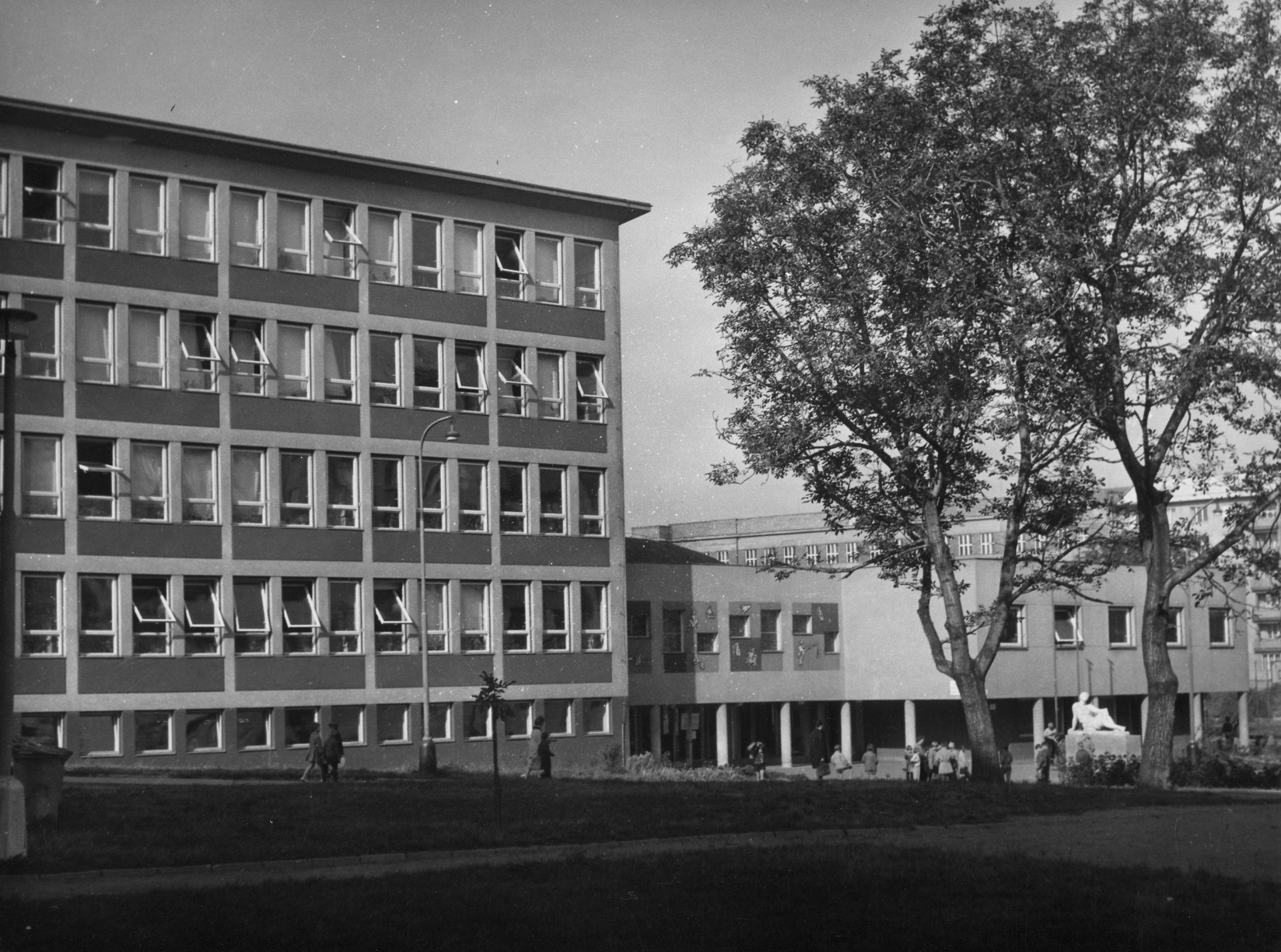 More photos (9)
The housing estate on Bakalovo nábřeží, built to an urban design by architects Zdeněk Chlup and Miroslav Dufek in 1959–1961, was accompanied by the construction of civic amenities. In 1961, the school building was completed following a design by Jaroslav Ledvina. The school consists of three buildings connected by a central hall. The largest of them was designed for teaching. It has cloakrooms on the ground floor and classrooms and teachers’ rooms on the upper floors. The school administration offices and the school caretaker’s flat are located in a separate three-storey building. There is also a sports hall with flat roof parallel to the river Svratka. The intersection of the separate buildings is the square-shaped central entrance hall with an oval staircase and gallery, which is covered by a 12-metre-diameter dome with circular glass blocks. Its south-eastern façade is still ornamented with the stained glass windows by Bohdan Lacina and the front façade is decorated with geometric mosaics by Miroslav Šimorda.  The school’s constellation of artworks is completed by a travertine statue of a seated woman as an allegory of poetry by Ladislav Martínek from 1962, which is situated in front of the entrance.
In 2006, after more than forty years of operation, the school building required a major renovation to bring it in line with contemporary standards. The design was drawn up by the studio AP, whose architects also designed subsequent extensions to the administrative building, the dining room and the gymnastics hall. The colour and material design of the façade does not conform to the building’s original appearance, which accentuated the grid of the load-bearing reinforced concrete structure and, along with the windows, created a regular orderly pattern.
LJ