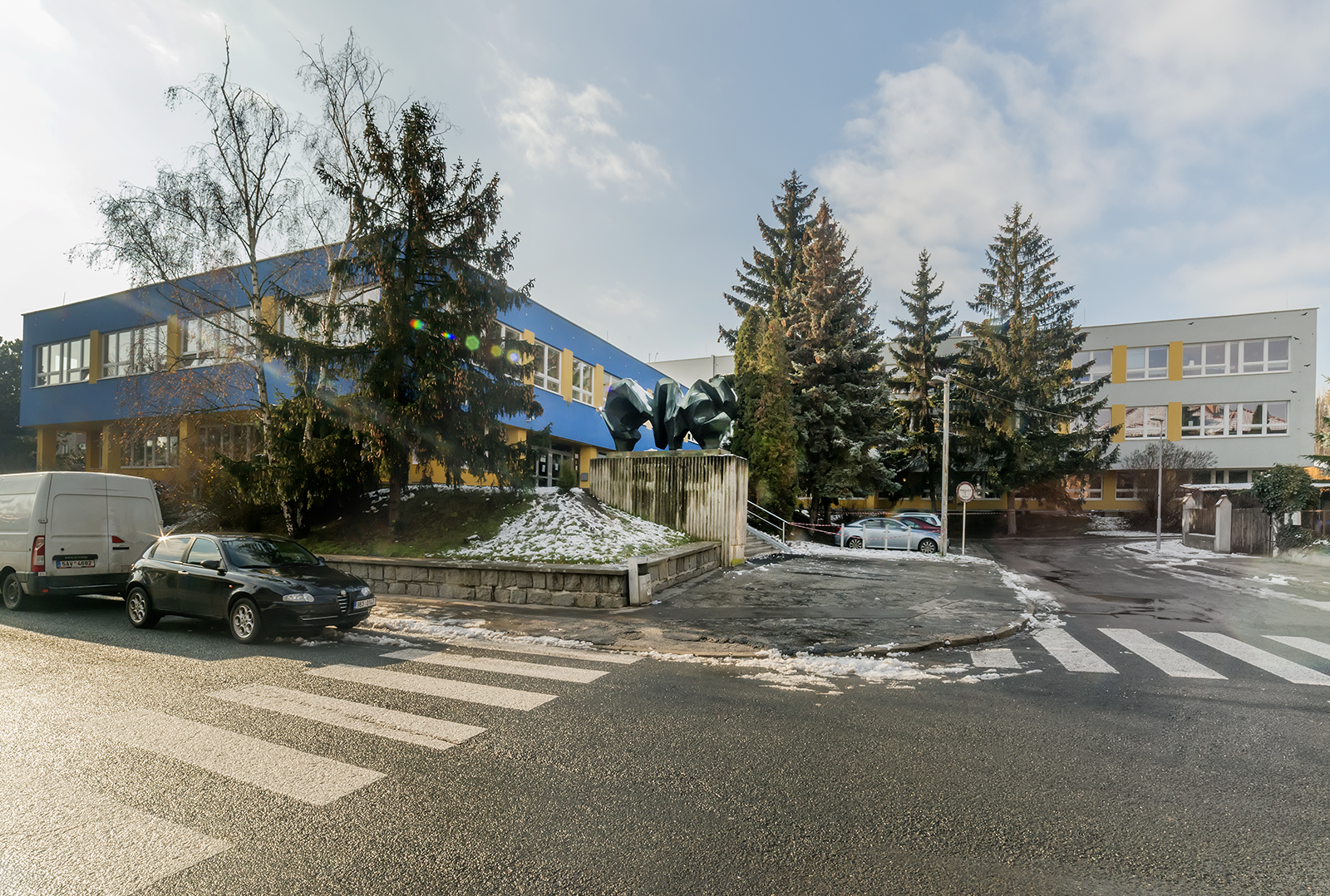 More photos (1)
The civic amenities of Staré Brno-South Housing Estate, which was built in the period 1960–1968 to a design by a Stavoprojekt architectural team, were enhanced by the addition of a primary school building on the corner of the streets Horní and Strž in 1970. The design of the school was elaborated by the architect Jaroslav Ledvina in 1968.
It is a reinforced concrete cast-in-situ structure in the form of an irregular cross, the individual arms of which project out towards the adjacent streets. This configuration facilitated the separation of the lower and upper year primary school pupils.
The two-storey entrance block with a double pile central passage layout housed the central cloakrooms, classrooms for special education, and workshops. Because of the load-bearing skeleton structure, it was possible to set back the mass of the first above-ground floor and create a spacious covered entrance, which stood in contrast to the massive concrete pedestal of the metal sculpture by Konrád Babraj by the stairs to the entrance. In the transverse three-storey part of the building, again with a double pile central passage layout, there were individual classrooms for upper-year pupils oriented to both east and west, as well as a gym and a swimming pool in the basement. At the centre of the configuration was an intersection space connecting the individual floors and the rear section of the main longitudinal part of the building, which housed classrooms for the lower-year pupils. The strips of windows, with subtle frames and continuous windowsills and heads stretching right around perimeter of the building, are interrupted only where the supporting columns stand and refer to Brno’s functionalist tradition.
Unfortunately, after the building was clad in insulation and its façade was painted a different colour, the building lost its original expression. In 2017, the entrance part of the school was reconstructed and the covered entrance was inappropriately walled in to enlarge the internal space of the building. The school premises also include a large recently renovated sports ground and a swimming pool, now equipped with saltwater pool technology.
LJ