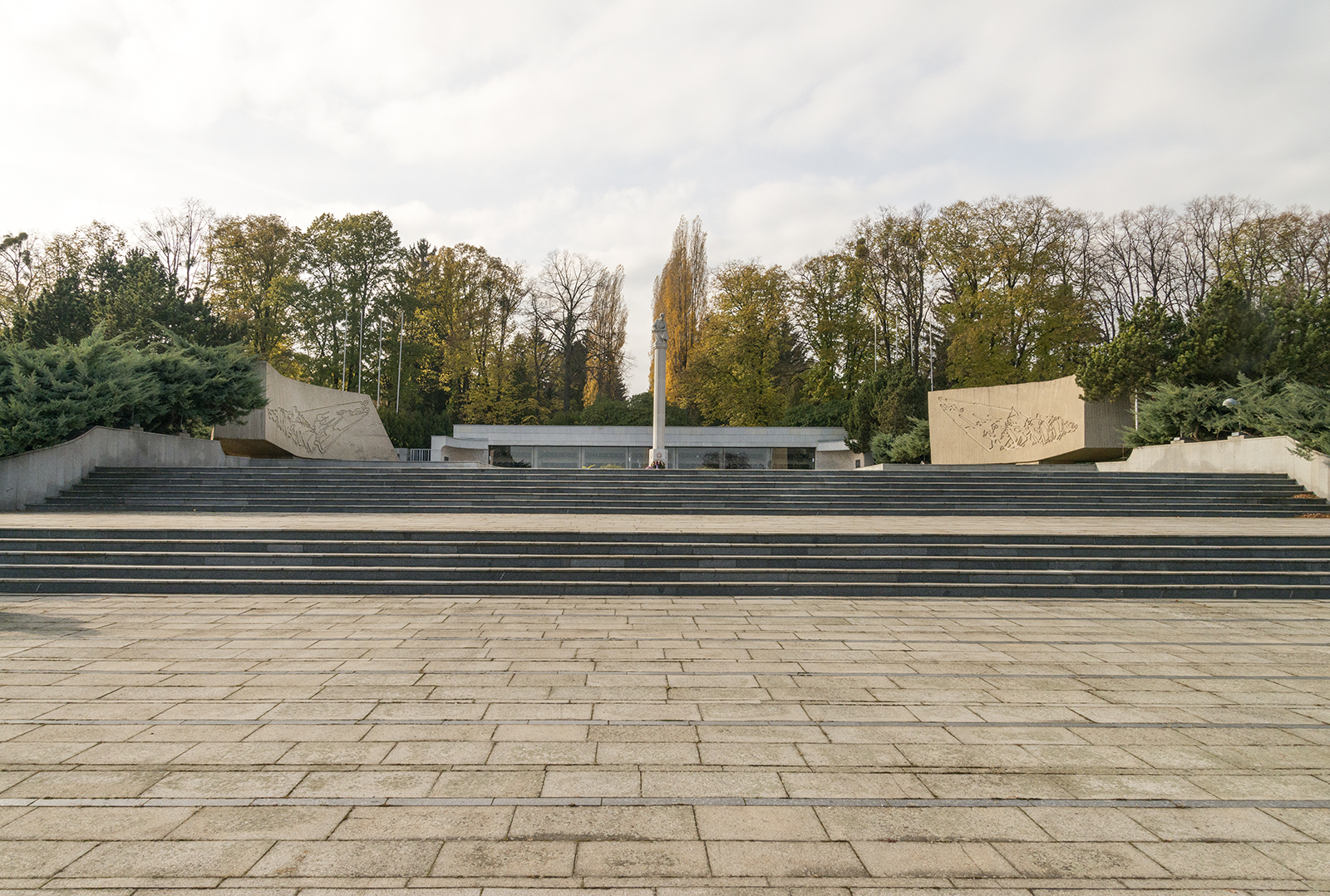 More photos (5)
The liberation of Brno and South Moravia as part of the Bratislava-Brno Offensive in April 1945 claimed thousands of lives, of the defending German troops under the command of ‘bloody’ Ferdinand Schörner and of the advancing forces of the 2nd Ukrainian Front, commanded by General Rodion Malinovsky. During and immediately after the fighting, the bodies of the fallen soldiers were buried on the battlefields or in their immediate vicinity. Shortly after the liberation, it was decided to create an honorary burial ground for the Red Army in Brno Central Cemetery. The remains of fallen Soviet soldiers from exhumed graves were transferred there from Brno and another eighty places in South Moravia. Gradually, the remains of 3,364 soldiers were interred there. In terms of bodies, this burial ground is one of the largest Second World War memorial sites in the country.
When the burial ground was opened to the public, the focus of the memorial was the tall pedestal with a statue of a kneeling soldier with submachine gun by the Telč sculptor František Vladimír Foit. In 1980, to celebrate the 35th anniversary of the liberation of Brno and the end of the Second World War, the honorary burial ground was radically reshaped, based on a conceptual design by Miloš Axman, one of Vincenc Makovský’s most talented students. However, his undeniable talent was smothered by the servility with which he placed his artistic skills at the disposal of the ideologues of communist power. The new, current composition of the memorial, which Axman designed in collaboration with Zdeněk Denek and Jiří Mikšík, shows sensitivity to the spatial effect and the completion of its dramatic appearance.
One of the main intentions of the transformation of the burial ground was to lengthen its axis as far as Vídeňská street. The disadvantage of this solution was the fact that wide access area ends just in front of the tram tracks and thus loses its impact. The lost effect of the access area was to be remedied by an upright 39-metre-high concrete column, which rests on piles sunk to a depth of 12 metres. The wide gently ascending steps lead to burial ground, the central motif of which remains Foit’s Red Army soldier. The view is closed off by the columbarium containing the ashes of 283 officers and the individual graves of senior officers in front of them. In an effort to enclose the space, Axman added two massive concrete blocks above the mass graves, placed facing each other, which feature a low relief with a scene of advancing soldiers supported by artillery and other military equipment.
The changes included new lighting and a quadraphonic sound system broadcasting a loop of edited sounds of the battlefield and also speeches by Brno actors. This somewhat theatrical museum-piece mediation of the commotion of war was emphasized by the presence of tanks and other heavy weaponry, which were removed in 1991. In 1989, the honorary burial ground was declared a national cultural monument.
RK