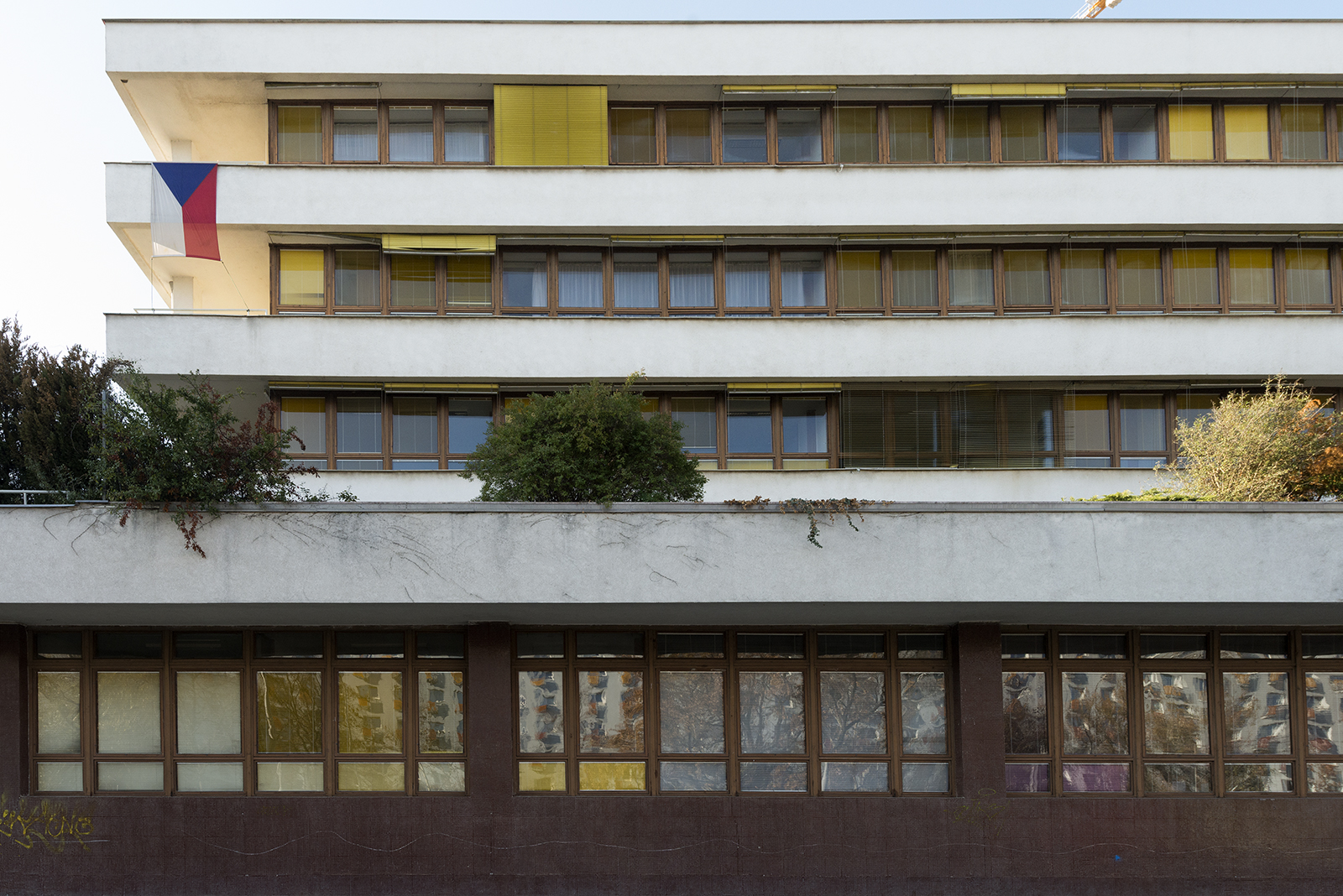 More photos (3)
Stavoprojekt Brno was a regional design and engineering institute that had another two separate branches, in Zlín (Gottwaldov) and in Jihlava. These three entities designed the most of prefabricated panel housing estates in the region of South Moravia. Although its parent organization was established a year earlier, Stavoprojekt Brno did not begin its operations until 1949 for bureaucratic reasons. In addition to the housing estates, the institute also produced comprehensive designs for districts with urban planning studies. Along with the high-rise residential buildings, the designers created the civic amenities for the housing estates, which included primary and nursery schools, as well as crèches, cultural buildings, shops and restaurants. Stavoprojekt also designed such buildings for older urban and rural developments. These were buildings referred to as ‘higher level civic amenities’, and included school complexes, theatres, cinemas, medical and hospital buildings, sports grounds, sports buildings, department stores, halls of residence, spas, hotels and other facilities. All these projects were designed in studios within the extensive structure of this institute. Apart from architects, it employed structural and other specialized engineers, who would, for example, be responsible for the central heating, the electrical networks, the ventilation, the water management, the interior and landscape design, and so on. Stavoprojekt Brno operated as a design organization until 1990.
The administrative and operations building of the Stavoprojekt Brno, which is today the headquarters of the Department of Transport of the Brno City Municipality, was built between 1980 and 1982 to a design by the architects Viktor Rudiš and Aleš Jenček from 1978. On the skyline of Kounicova street, it complemented the three high-rise office buildings designed by the architects Roman Zajíc and Jaroslav Ryška. This distinctive horizontal building in international post-war modern style counterbalances the verticality of the nearby buildings and, with the line of its terrace parapets in particular, forms a counterpart to the long block of the student hall of residence on the opposite side of the street.
The plan view of the building resembles a letter H. While the ground floor of the five-storey block facing the courtyard served as a garage, the ground floor on the street side of the block was designed for commercial activity. The architects were responding to the need for more civic amenities in the immediate vicinity, which, even today, consists mainly of student halls of residence and office buildings. The roof of the northern part, designed for retail activity, functions as a kind of piazzetta. Both administrative parts of the building are accessible from this terrace at the level of the first floor, which is connected in height to the entrance area of ​​the previously mentioned high-rise buildings on Šumavská street. In the section that connects the two symmetrical blocks, there is a lecture and exhibition hall. Viktor Rudiš, who had been head of Studio I of Stavoprojekt Brno since 1969, had been actively promoting his interest in fine arts since he began working at the state enterprise. Thanks to him, in the mid-1980s, the exhibition space of Stavoprojekt, known as the Small Gallery, hosted leading Czechoslovak artists such as Miloš Chlupáč, Dalibor Chatrný, Zdeněk Palcr and Čestmír Kafka.
After the Velvet Revolution, the building was adapted for the needs of Brno City Municipality. The more significant modifications to the building were to the commercial premises of the ground floor and the counter hall of the Department of Transport. Nevertheless, the offices have not been significantly reconstructed and the building retains its original character.
LCH