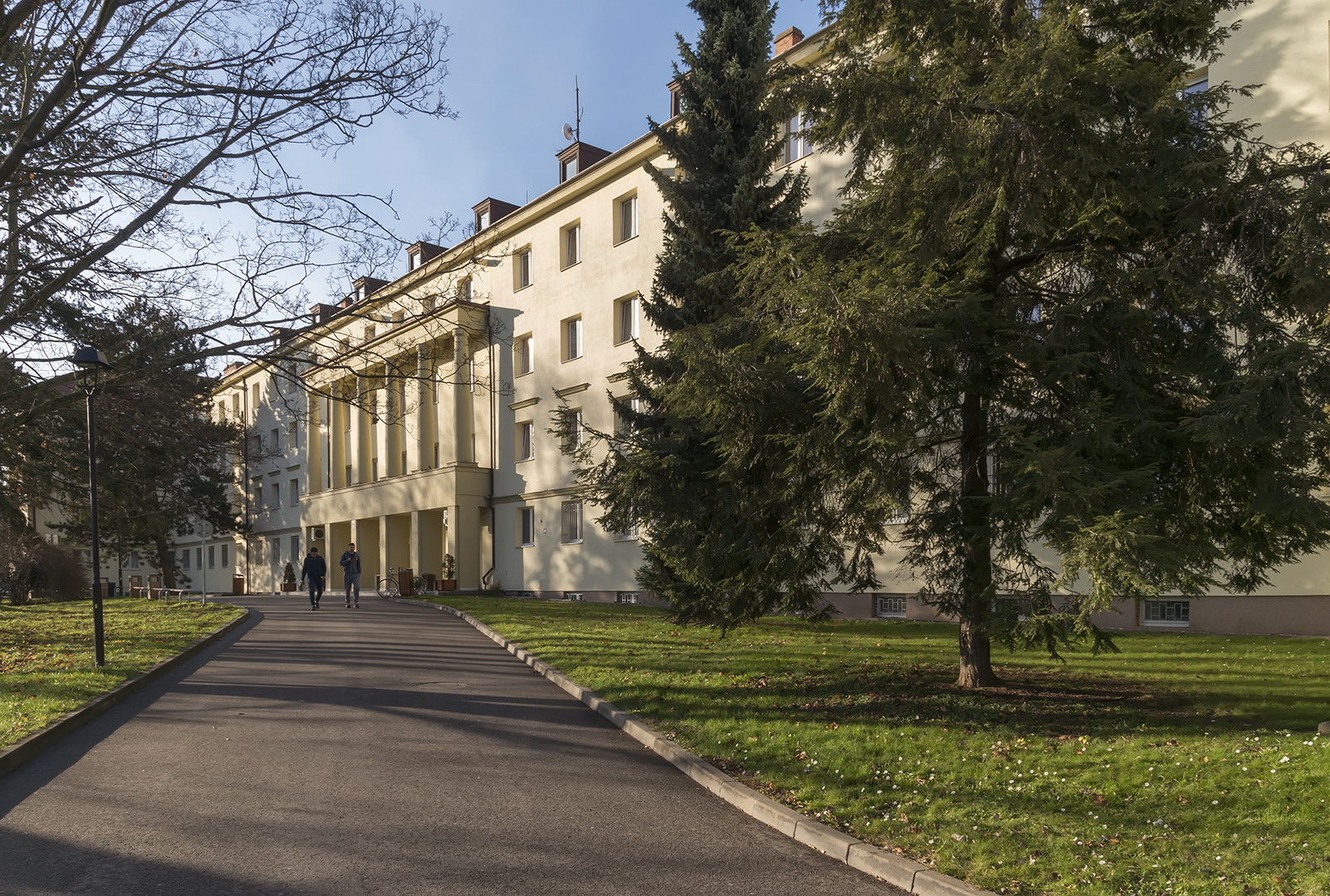 More photos (6)
This extensive student hall of residence for the University of Agriculture was built in the years 1950–1954 to a design by the architect Vítězslav Unzeitig. It was named after teacher, scientist, veterinarian and rector of the University of Agriculture Josef Taufer, who was also editor and publisher of the first Czech veterinary journal Zvěrolékařské rozhledy.
The building displays the clear historicizing elements of socialist realism. The ground floor was distinctly separated from the upper floors by a cornice with parapet, and the ledges above the windows on the first floor also developed an otherwise plain undecorated facade. The pilasters of both the projecting entrance sections were accentuated by rustication, and the upper row of Doric columns above the entrance formed a monumental entrance portico. With this design, the hall of residence differed significantly from the neighbouring building, Jan Babák Primary School, which was built at the same time (1949–1953) to a design by Mojmír Kyselka Sr. and Jaroslav Klíma. The facade of the school building is free of the widely used historicizing elements of that time. The university students were allowed to use the school’s playgrounds for sports, and all civic amenities were available to them at a nearby apartment complex on Tererova street.
At present, the hall of residence serves both students and those interested in short-term accommodation. The three interconnected buildings have a capacity of around 700 beds. In 2003, the hall underwent a complete renovation, during which the windows were replaced, the facade was insulated and a new social facility was built. Although a number of modifications were made during the reconstruction, such as the removal of the above-mentioned cornice above the ground floor, the building still retains its monumental countenance.
LJ