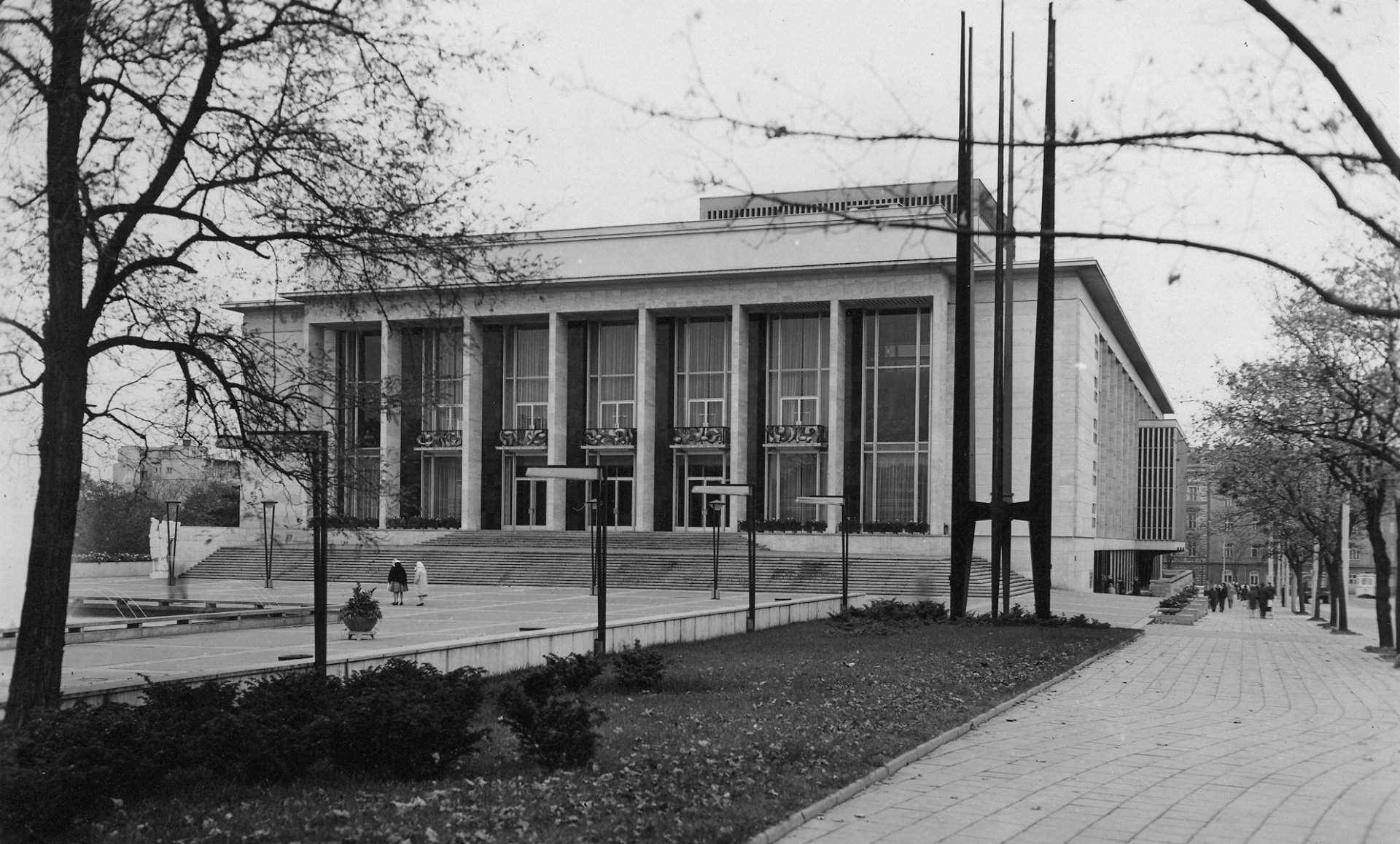 More photos (19)
In the search for a design and location, the quest for a new Brno theatre lasted more than half a century. The Association for the Establishment of a Czech National Theatre in Brno was established in 1881, in response to the beginning of the construction of the German City Theatre (today’s Mahen Theatre). For the home of the Czech theatre, the association first purchased a building on the corner of Veveří street and today’s Žerotínovo náměstí, but this soon proved to be unsatisfactory and it was decided that more stately building would be built in its place. The new design would be chosen from a public competition, which was announced in 1910. A whole host of Czech architects entered the competition, among whom were Alois Dryák, Theodor Macharáček, Emil Králík, Otakar Novotný, Josef Gočár, Vlastislav Hofman, Josef Chochola and Pavel Janák,. Although the most progressive designs came from the above-mentioned architects, who were inspired by Cubism and Modernism, the conservative jury nevertheless leaned towards the historicist design of Josef Mařík and Karel Šidlík. This result provoked a wave of resentment among the participating architects and although the association announced a new competition in 1913, many architects refused to take part. The First World War put an end to the planned construction of the theatre and the subject was not revived until the mid-1930s. No winner emerged from the competition that was announced in 1936, although number of avant-garde architects took part, including Bohuslav Fuchs (who concluded that the site was not suitable for a theatre from an urban planning perspective) and Jan Víšek, whose design came third and who would eventually go on to shape the final form of the theatre. Víšek participated again in the subsequent competition and was awarded the project for a new functionalist theatre building. He finalized the project execution plans in 1944, but the end of the war prevented their implementation.
In 1956, a fifth competition was announced. On this occasion, the classicizing design of Jan Víšek, Vilém Zavřel and Libuše Žáčková-Pokorová prevailed. However, this project only received final approval after an internal competition of Stavoprojekt in 1958, where a special studio was founded, headed by an architect of the interwar generation, Otakar Oplatek. His team included the co-authors of the design Vilém Zavřel and Libuše Žáčková-Pokorová, who would work together on the design for the interiors of the theatre hall. Jan Víšek was invited to consult as an external advisor, but soon ended his participation. One of the newcomers to the studio was Boleslav Písařík. He was entrusted with the design of the operational parts of the theatre, which contained all the necessary technical and utility spaces, such as the costume rooms and painter’s workshop. The other newcomer was Ivan Ruller, who was responsible for the interiors of the social areas of the theatre, which are today considered to be its most architecturally significant features. Construction began in January 1960 and the official opening of Janáček Theatre took place on 2 October 1965. The opening performance was none other than Leoš Janáček’s opera The Cunning Little Vixen.
The building consisted of a reinforced concrete skeleton frame and a steel structure that supports the aluminium window frames, which lightened the monumental classicizing expression of this grand stone-clad building. On the main facade, there were balconies with parapets of wrought copper sheet by Eva Kmentová and Olbram Zoubek. A stone sculpture of a Moravian eagle, also by Zoubek, ornamented the interior by the main staircase. The project also encompassed the design of the public space in front of the theatre, with its paving and water features, and also the space around the theatre, where a number of artworks were positioned. A sculpture of Alois and Vilém Mrštík, designed by Vincenc Makovský and fashioned by Stanislav Hanzík was situated above the entrance to the technical area and a bronze memorial to Leoš Janáček by Stanislav Hanzl was installed in 1975. The interior was also adorned with a tapestry with a motif of The Cunning Little Vixen by Alois Fišárek, a bust of Leoš Janáček by Miloš Axmann, a glass landing by the side stairs by Stanislav Libenský and Jaroslava Brychtová, and a ceramic relief by Ida Vaculková and Vladislav Vaculka above the entrance to the club of artists.
In the years 2007–2013, the theatre building was renovated. The auditorium was reconstructed and the whole area in front of the theatre was revitalized. Underground garages were constructed and the original piazzetta was re-paved and ornamented with water jets and a light fountain which creates various water patterns. The design for the renovation was drawn up by the architect Jaroslav Černý from Atelier A3.
LV