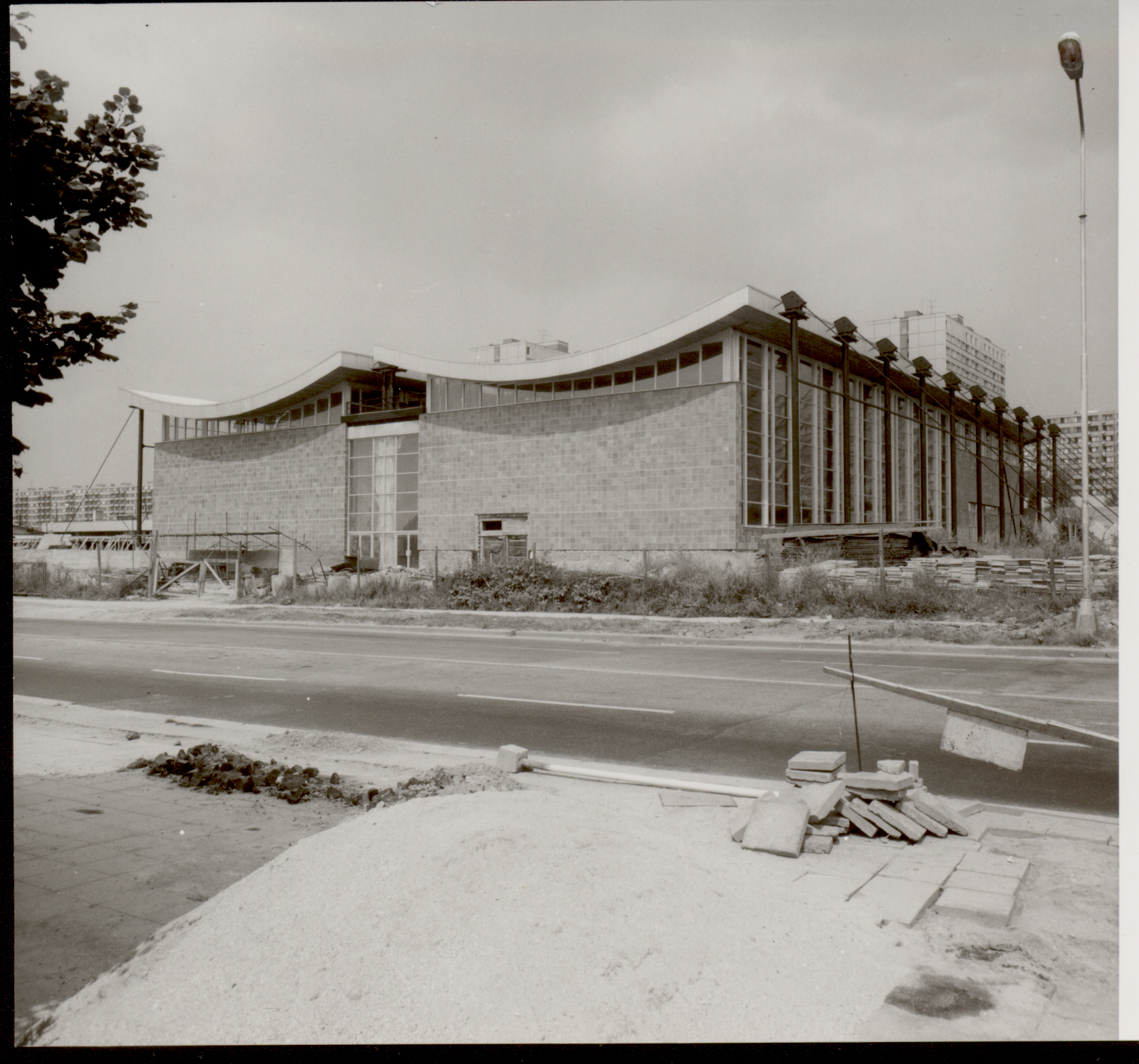 More photos (7)
The Tesla sports complex was built at the instigation of the director of Tesla Sports Association, Jiří Štětina, who wanted a worthy arena for the volleyball team and a swimming stadium for employees. The project was elaborated by Stavoprojekt Brno. The design of this interesting building with a roof spanning two halls was created by the architect Viktor Rudiš, who collaborated with the structural engineer Zdeněk Musil on the cable supported structure of the roof and with Dagmar Glosová on the interiors. Construction was carried out in cooperation with the Tesla state enterprise and was part of the ‘Initiative Z’ programme, whereby the city’s residents worked in labour brigades on constructions for the public good. For this reason, the construction dragged on until 1982, although the hall with the swimming pool was ready in 1976. The interesting structure of the slack cable roof on thin steel trusses, which was secured along the sides by steel poles, was designed as a result of a shortage of solid steel. The architect drew inspiration for this design from the swimming pool for the 1968 Olympic Games in Mexico. The interior and exterior of the halls are decorated with square ceramic tiles and glass mosaics.
The building was partially modernized in 2001 (e.g., the floor surface in the volleyball hall was replaced), but it still retains its original character.