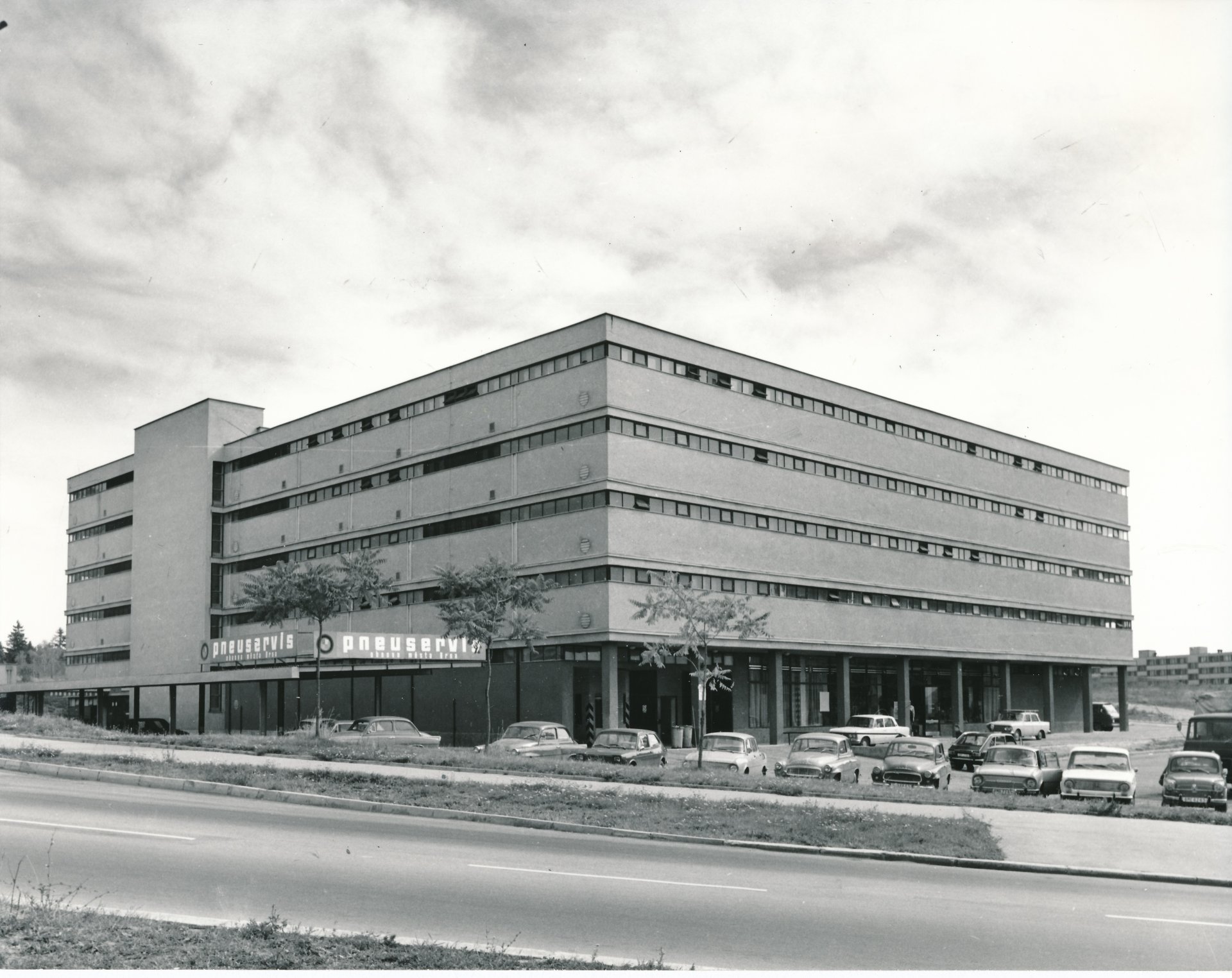 More photos (2)
In response to the development of motor cars, modernist architects were designing car parks as early as the First Republic. In addition to guarded car parks and individual covered garages, large rental garages were also built. After the Second World War, with the construction of new housing estates, the number of people living in city increased, as did the number of car owners. They needed not only somewhere to park their cars, but also somewhere to prevent them from being stolen and to protect them during adverse weather conditions. During the socialist period, buying a car was extremely expensive and required a wait of several years. Therefore, great care was devoted to cars and entire garage complexes grew up near housing estates, most of which were single floor and often built with the aid of the owners’ labour.
The standardized design for the large-capacity multi-storey garage on Lesná Housing Estate from 1973 was also built on housing estates in Králové Pole and Žabovřesky. The designers were the Brno architect and urban planner Miroslav Dufek, who participated in the design of several other Brno housing estates, and Vladimír Meduna, who was at that time rector of Brno University of Technology.
This large reinforced concrete building was dominated by a simple horizontally segmented facade. The dividing element was the strip of narrow windows running along each floor below the level of the ceiling structure. The rear section of the building, with levels half the height of each floor, was separated by a projecting block with stairwells and ramps for vehicles moving between the individual levels. This broke the otherwise continuous facade and divided the building into two main parts. On the ground floor there was an entrance to the garage and specialized areas for servicing, washing and other services. There were separate lockable garages on each of the four above-ground floors, which continue to serve their original purpose.
LJ, LV