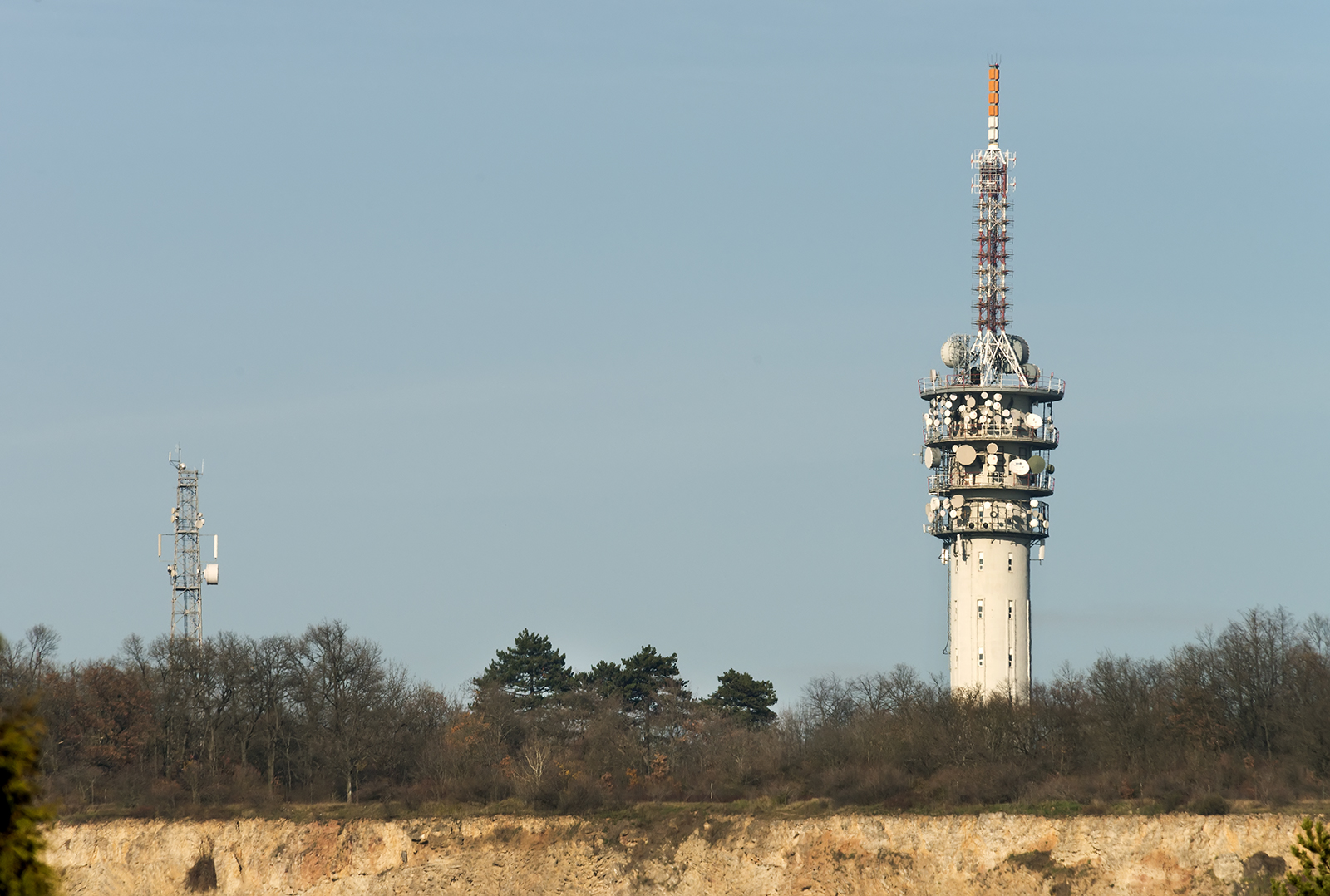 More photos (4)
The Hády transmitter is a landmark of Brno. It was built above a massive quarry at the top of a limestone hill in the Hádecká planinka nature reserve in the early 1960s. There was a growing demand for new transmitters due to the rapid development of radio and television broadcasting in Czechoslovakia in the 1950s. Television began broadcasting in 1953 and plans to launch a second television channel and move to colour broadcasting began in 1958. This was the second phase in the expansion of signal coverage and followed on from the already established network of regional transmitters in Brno and Ostrava. The new design of transmitters, with a required height of either 50 or 30 metres, led to the construction of some distinctive structures, such as those in Ostrava Hošťálkovice, on Holý kopec near Přerov, in Svatobor near Sušice, in Na Pískách near Poděbrady, on Veselský kopec near Nový Jičín, and also in Hády. The new tower in Brno was meant to provide better signal transmission between the older Kojál and Barvičova transmitters. The transmitters in all the above-mentioned localities shared a similar formal and technical design and differed only in terms of height (the Svatobor construction was 30 metres high). A design from 1958 by a Spojprojekt Prague team led by Ivan Dérer and appointed architect J. Palička served as the basis for this type of structure.
Construction work on the Brno transmitter commenced on 1 April 1963 and took less than a year, as it was completed on 3 March 1964. The course of the work was accompanied by several complications: the building needed to have certain structural tolerances due to the nearby quarry and building work was also hampered by the need to transport water to the site. Water pipelines were not laid until later, when they were connected to the aforementioned quarry.
The reinforced concrete tower structure of the Hády transmitter stands 50 metres high. It consists of a massive cylindrical body with internal staircase, on top of which rest three ring platforms with steel railings for suspending antennas. The diameter of these platforms increases slightly towards the top. The surface of the body of the building is broken only by narrow windows with chambranles lined up vertically. The architectural design of the free-standing television transmitters, which in its structure was originally derived from factory chimneys, was primarily determined by the technical requirements. Nevertheless, it is still possible to observe several purely aesthetic elements on the Hády transmitter (e.g., the chambranles and the variation in the platform diameter). With their elemental tubular shape, these modern towers form technological landmarks that dominate the surrounding landscape.
Hády transmitter is currently one of the best-preserved structures of the above-mentioned type. Although a steel gangway was added to provide space for antennas and one of the upper windows was enlarged, its configuration has remained virtually unchanged since it was built.