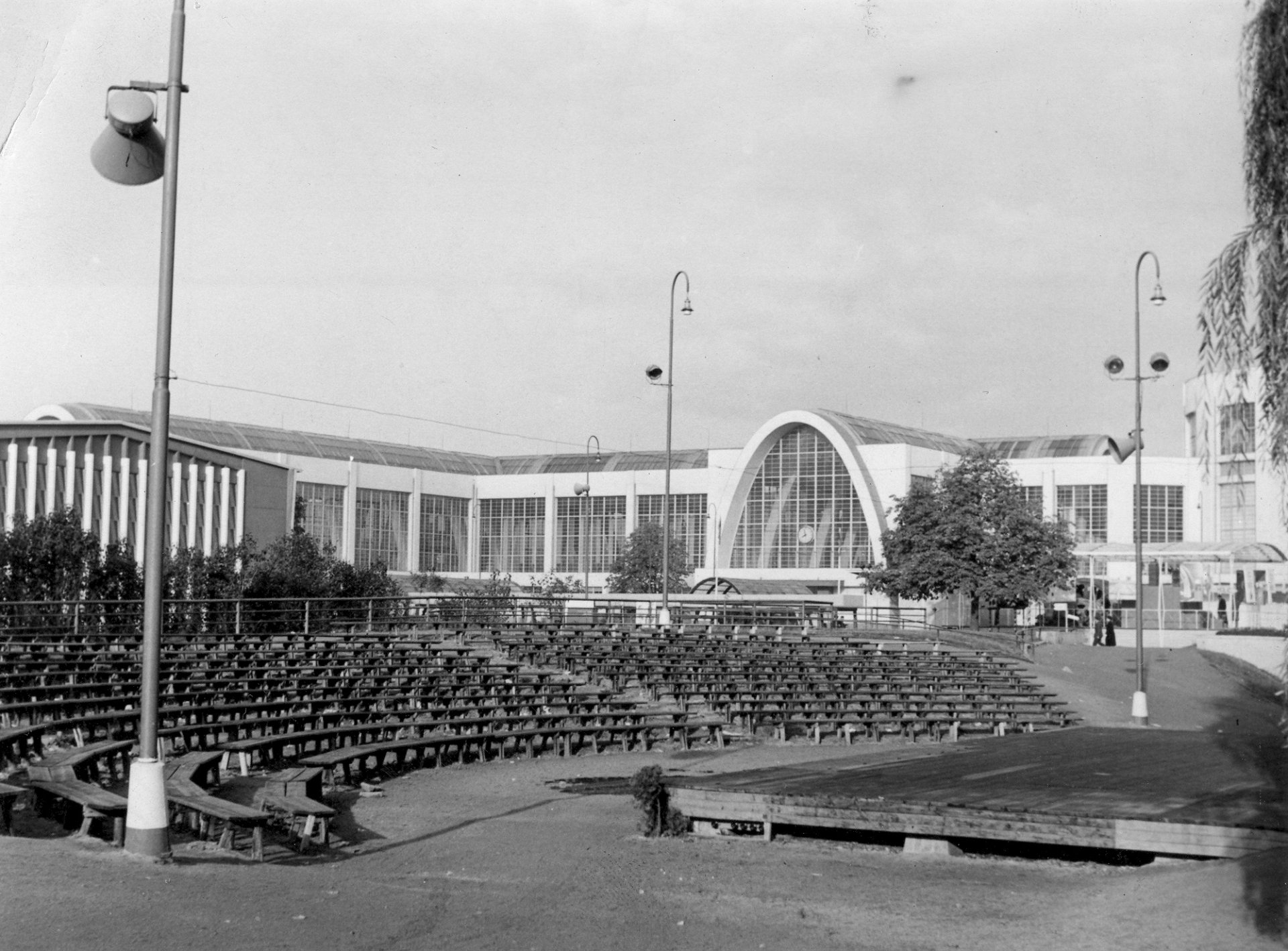 More photos (3)
This originally temporary open-air theatre was built in the grounds of Brno Exhibition Centre near the City of Prague Pavilion from 1928 by Kamil Roškot (which made way for today’s Pavilion D by Zdeněk Denk, 1967–1975). At the time of the 1928 Exhibition of Contemporary Culture in Czechoslovakia, the rear part of Roškot’s pavilion was connected to the garden exposition (a garden and park with sculptures by Václav Mach), which was designed by Josef Nerad. In the 1950s, the architect František Kalivoda used this partially preserved site to locate his amphitheatre in a natural background of fully grown willows and an ornamental lake.
The amphitheatre, which was created by earthworks using beech fascines from the nearby Písárecký woods and was equipped with wooden benches, was later replaced with a unrefined auditorium of precast concrete. Its recessed kidney-shaped orchestra pit lined with stone masonry was covered up in 1956. The square wooden stage had an area of 12 × 12 metres and the auditorium could seat up to 300 spectators.
The summer variety show theatre, which was built as a short-term temporary facility, went into service in 1954, when the city entrusted the running of the exhibition centre to the newly established organization the Park of Culture and Recreation (PKO Brno), which also took over the responsibility for organizing exhibition events (in 1951, when the Exhibition Centre’s joint stock company was formally dissolved and, by resolution of the Ministry of Internal Trade, its property was taken over by Brno Central National Committee or, more precisely, its municipal enterprise named Water Works, Spas and Recreation for the City of Brno). Thus was born a new concept of the exhibition centre as a centre for popular culture and entertainment. In the framework of this cultural and social profile, many different events took place in the area of ​​this theatre, especially performances by folk art ensembles and popular entertainment productions (variety shows). By the time of the first International Engineering Fair in 1959 the theatre had ceased to exist.
JCH