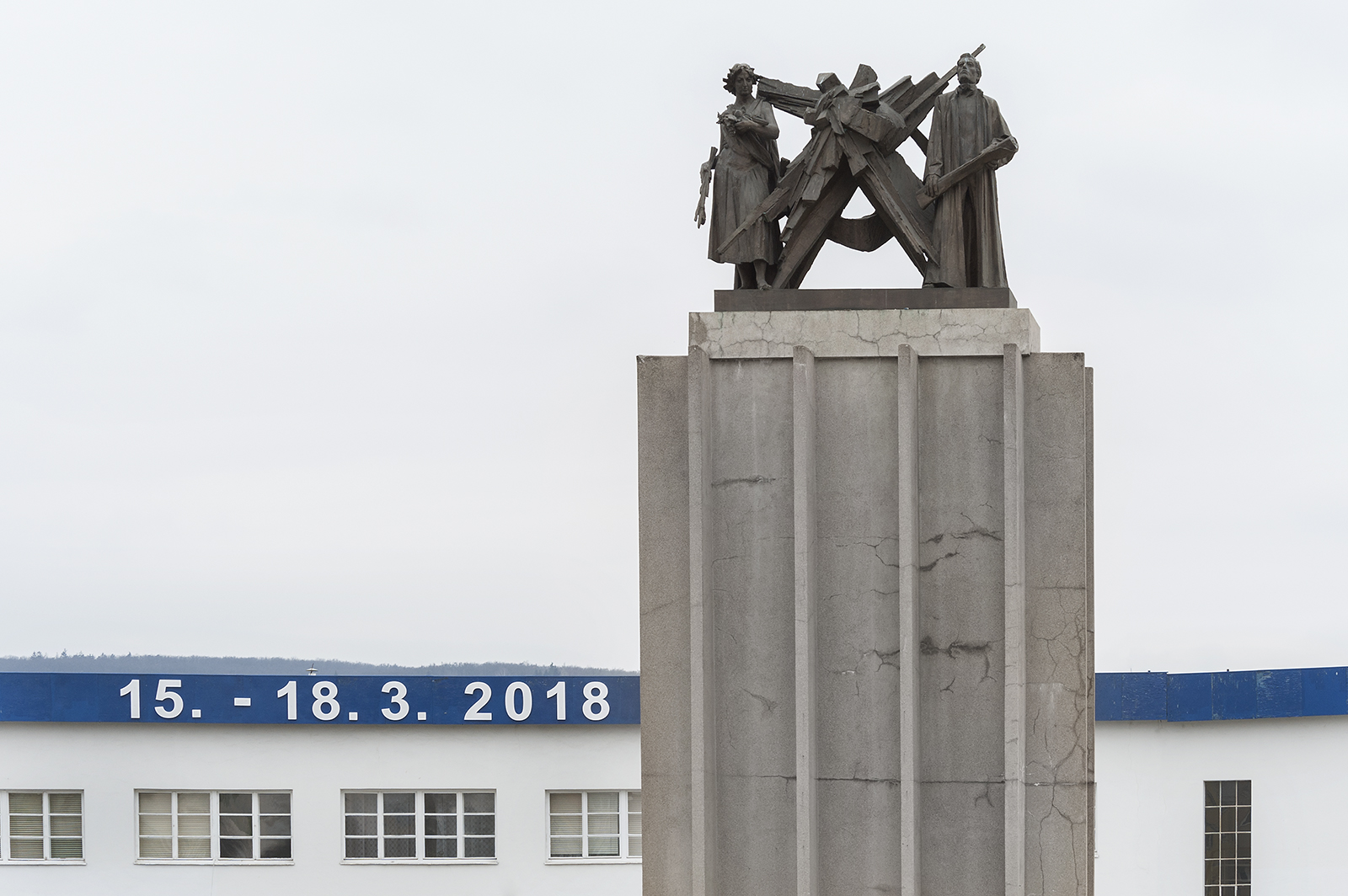 More photos (2)
The sculpture entitled Nový věk by Vincenc Makovský symbolically presents the entrance to the exhibition centre. The sculpture was originally named Atomový věk [The Atomic Age] and was created for Expo 58 in Brussels, where it received the Grand Prix of the World Fair. In the 1970s, a copy of it was placed in front of the National Assembly building in Prague (1965–1974, by Karel Prager), which is today the new building of the National Museum.
LV