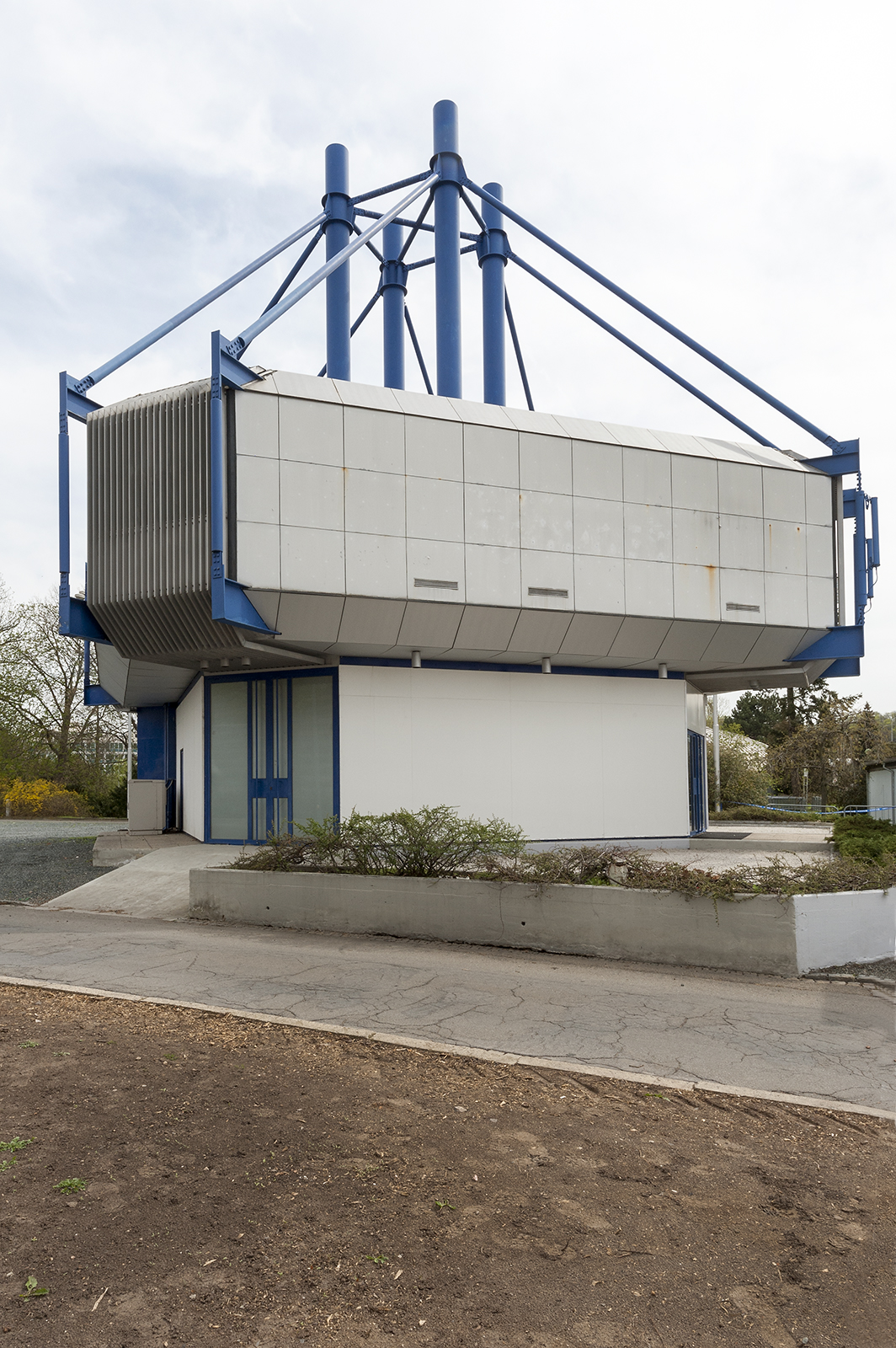 Pavilion M (originally owned by the Voest-Alpine Austrian company) is the only preserved corporate pavilion in the Brno exhibition centre. Companies with regular displays built in the exhibition centre their own pavilions used throughout the trade fair season. According to a plan from 1957, these small structures were distributed around the green centre of the complex in order not to obstruct the future (and larger) constructions. However, over the years the pavilions of some companies (for example Motokov) had to make way for new ones, and Pavilion M was only preserved due to its fortunate location.
The pavilion was transported to the Brno exhibition centre by the Voest-Alpine company and assembled, based on a design by the Austrian architect Maurer. It was the first foreign investment in the period of investment vacuum after 1970. The architecture of the pavilion is rooted in its  promotional and advertising character. The open steel frame can be seen from a distance, demonstrating what the Voest-Alpine company trades in, i.e. the production of steel and steel frames. It consists of four steel pillars on which the main volume of the octagonal structure with offices is suspended, by means of hanger  rods. The glazed hall below once housed the exhibition space with the enquiries counter. The pavilion was inserted into the surrounding area with terraces overgrown with greenery. Similar suspended structures were then widespread in the exhibition centre and also featured on the Velodrome building from 1969, later, for example, on the Škoda (1986) and Vítkovice pavilions (1986). Like the Austrian investor Voest-Alpine, the Vítkovice company specialised in the manufacture of steel frames, and this element had a promotional function on its pavilion. The majority of these constructions in the Brno exhibition centre were structurally designed by Ing. Jiří Opatřil in 1975–1995. Pavilion M, originally intended as a temporary one, later changed hands (in the 1990s it was owned by the Desta company). The glazed sections on the ground floor are currently covered with cardboard and used, during trade fairs, as advertising spaces. Unfortunately, the building has thus lost its elegant glazed parterre and appears somewhat heavy.