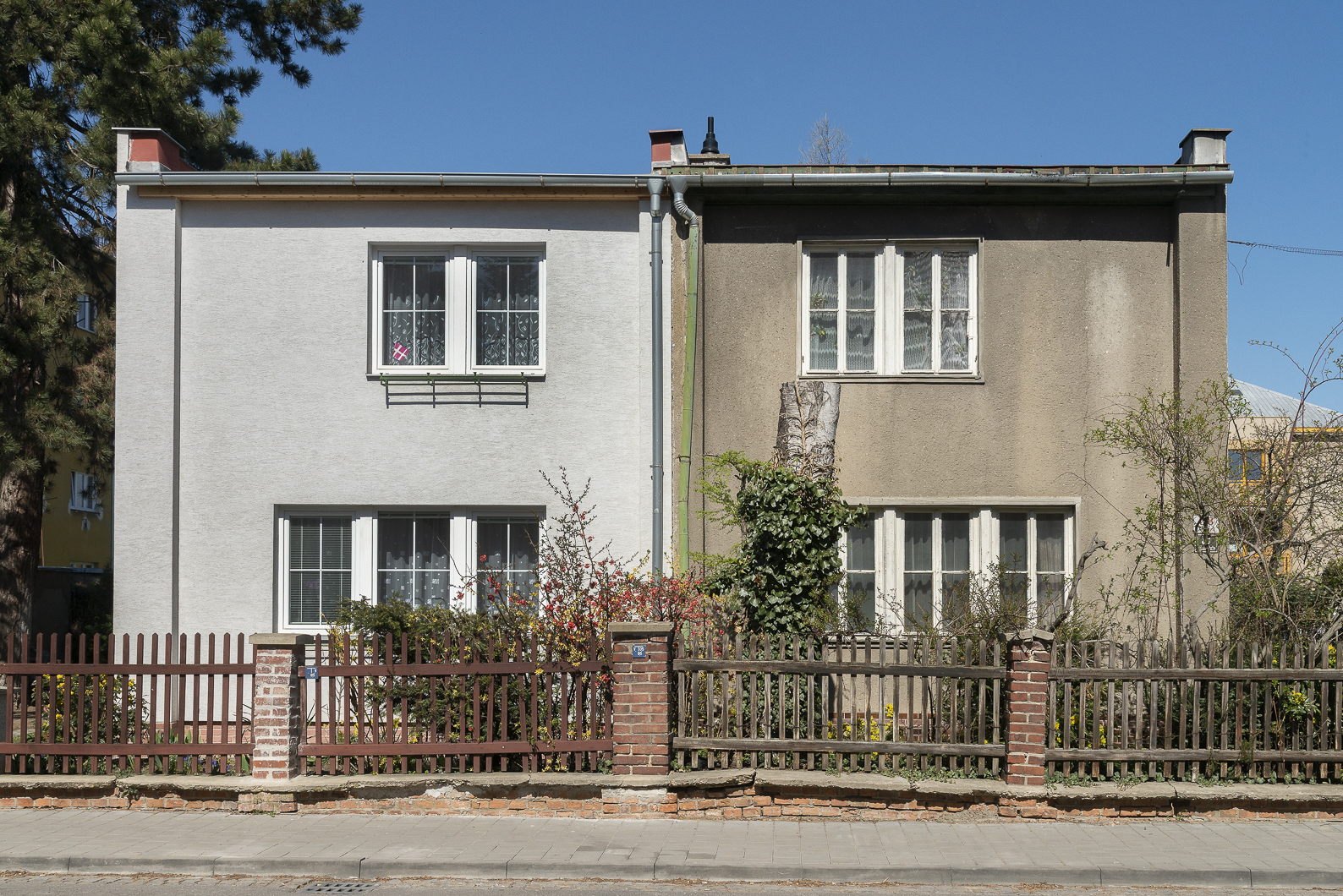 "In Brno, the Bytová společnost [Housing Company], led by Jan Vaněk, strives to do this, and in its practice it consistently applies the modern principles of Le Corbusier and Loos. These are the principles of economy, efficiency and constructivism as opposed to the current decorativism in architecture, using modern technical conveniences and the correct application of the nature of the material, leading to normalization, standardization and typification.”
Josef Zamazal, Nové typové domy v Brně [New Typified Houses in Brno], Lidové noviny [The People’s Newspaper] XXIV, 4 April 1926, No. 173, pp. 17–18, p. cited 17.

Having been forced to leave the management of the Spojené U. P. závody due to economic problems, Jan Vaněk, together with the architect Stanislav Kučera, founded a new company. In addition to the manufacturing of furniture, the S. B. S. – Standard Housing Company (Standard bytová společnost) focused on construction planning. One of its first activities was the construction of three semi-detached private houses in Alešova Street in Brno-Černá Pole, including interior furnishings. In these designs, architect Kučera (Jaroslav Grunt is sometimes mentioned as one of the designers, but his name is missing from the blueprints) made a variant of the principle of the so-called houses with a single wall / Haus mit einer Mauer, which Adolf Loos had patented in Vienna in February 1921. He used it in practice – in collaboration with architects Hugo Mayer and Margarete Schütte-Lihotzky – for the construction of terraced houses in the Heuberg housing estate in 1923–1924, when he was the chief architect of the Vienna Settlement Office. Loos’ houses have only been partially preserved.
The two-storey houses in Alešova Street, semi-detached with a cellar, were originally intended for serial production, and were therefore to be characterized by a formal and economic reduction – however, the price eventually exceeded the expected costs. The house on Alešova Street No. 32 was built for Jan Vaněk himself. The buildings were conceived as simple adjoining cubes on a mirrored floor plan, the simplicity of which is underlined by the smooth façade and is disrupted only by awnings and raised side walls having a load-bearing function. In terms of construction, they were experimental buildings derived from Loos’ concept of houses with a single wall – the load-bearing walls are elevated, the remaining walls are suspended and consist of a wooden frame with brick lining. The entrances are located either on the street or on the side façade (depending on whether they are the “M” or “N” types).
The interior design concept is also interesting. On the ground floor there was a living room, a kitchen, toilet and utility room; the upper floor accessible by a sophisticated staircase was reserved for two or three bedrooms and a bathroom. The furnishing, consisting of freestanding and built-in furniture was designed to be purely functional, even minimalist. The built-in wardrobes on the first floor even had a dividing function – they replaced the wall between the bathroom and the bedroom, thus saving space. Heating was provided by a fireplace in the hall after the English model. “This is basically a healthy industrialization of the production process, being in stark contrast to individual arbitrariness,” said Josef Zamazal in 1926, summing up the concept of the houses.