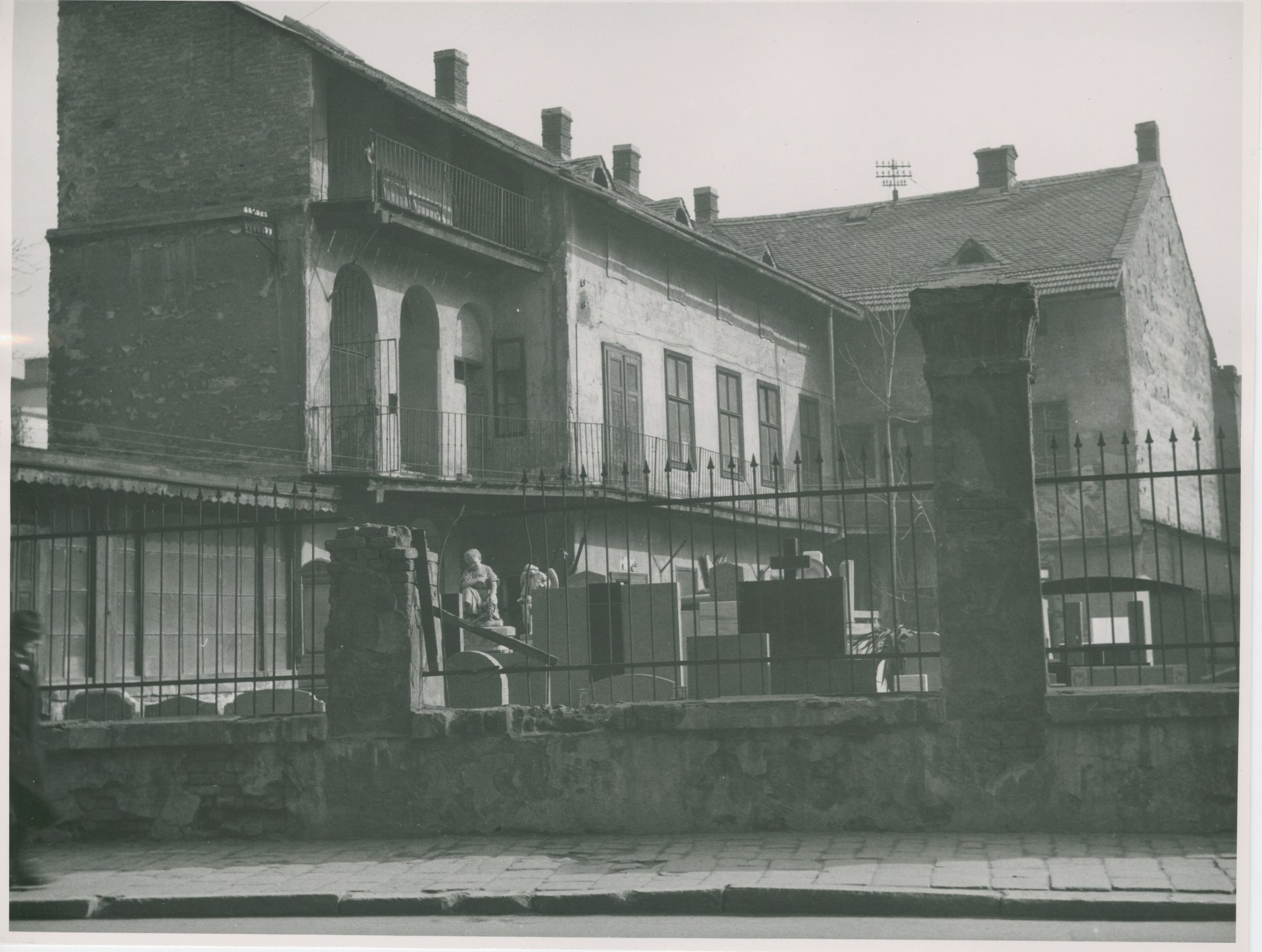 In 1870, Adolf Loos Sr. married Marie, née Hertlová, who, like him, came from Jihlava. The couple bought a house together at Friedhofgasse [Cemetery Street] No. 20–22 (today’s Kounicova Street), strategically located on the main road leading to what was then the Municipal Cemetery. At the end of 1870, their eldest son Adolf, who would later become a famous architect, was born there. In addition to the sculptor’s apartment, the building also housed a sculpture studio, a stonemason’s workshop and a warehouse for finished tombstones. Mořic Trapp (1825‒1895), Loos’ friend, a historian and the custodian of the Museum Franciscum in Brno, described his visit to the house as follows: “In the sculpture studio and stonemason’s workshop in Hřbitovní Street, his work and the relentless activity of his assistants make the best impression on visitors. Many interesting works are presented here, such as models for architectural decorations in all styles and figurations, as well as tombstones made of granite and sandstone.” (Notizen–Blatt, 1867, No. 1, p. 7). The sculptor’s house no longer exists; it was demolished during the construction of the Continental Hotel (1961–1964). Its appearance is known only from a few historical photographs.
The house is commemorated by a marble memorial plaque with the initials A. L. and the inscription: “THE BIRTHPLACE OF ARCHITECT ADOLF LOOS 1870–1933 WAS LOCATED HERE.” Art historian Zdeněk Kudělka and co-author of the hotel design Zdeněk Řihák were responsible for its installation. It was designed and made by sculptor Jiří Marek and architect Bohuslav Fuchs. Opposite the plaque on the lawn, Kudělka and Řihák had several rough stones laid, excavated in the earthworks during the construction of the hotel. They are original stone blocks from the supplies of the stonemason’s workshop of the famous architect’s father.