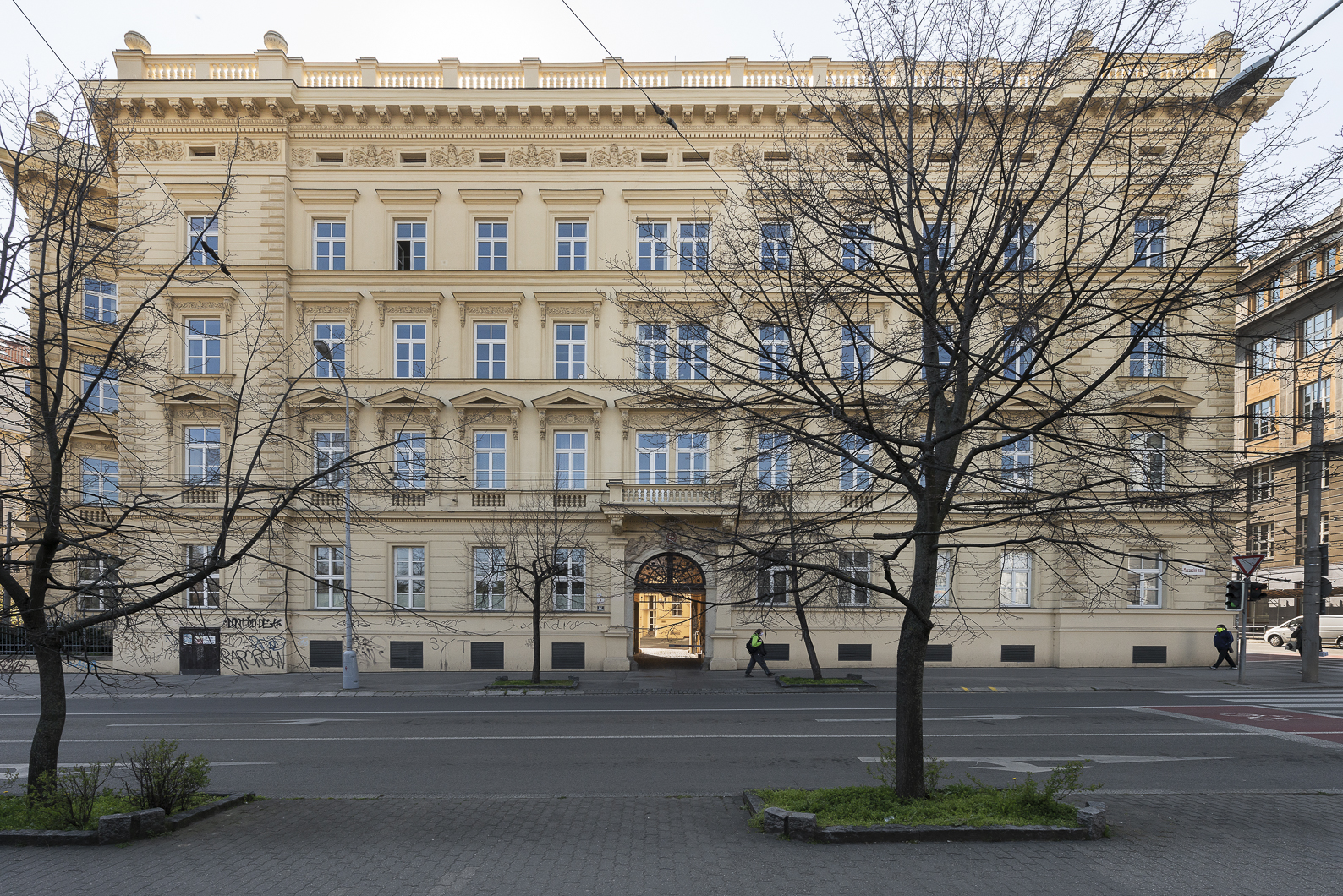 From the early 1860s, when Adolf Loos Sr. had begun to work in Brno as a sculptor and stonemason, he specialized mainly in tombstones and sculptural decoration for façades. Throughout the 1860s and 70s, he worked closely with Josef Arnold (1824–1887), one of the most important and prolific Brno builders of the latter half of the 19th century. Arnold carried out a number of new constructions according to his own and other people’s designs and Adolf Loos Sr. regularly supplied sculptural elements for the façades and interior stucco decorations. Both members of this ”creative duo“ thus significantly contributed to the visual form of Brno architecture in the third quarter of the 19th century.
Most often, the construction involved detached or semi-detached Neo-Renaissance urban palaces of the ”Hof“ type, intended for clients from among the wealthy Brno industrialists of the time and situated on the newly emerging Brno Ringstrasse [Circular Boulevard] or in its vicinity. The most important and largest of them were the palace of Theodor Bochner von Stražisko, directly related to the adjacent factory complex (administrative building of the former factory Vlněna Brno, Přízova Street 1), the corner palace of Gustav Adolf von Schoeller (Cejl Street 50), and tenement houses of Josef Flor (Jezuitská Street 4) or Adolf Ripka von Rechthofen (Benešova Street 8), among others. Functionally, these buildings served as residences of their owners (palaces) and tenement houses at the same time. The choice of Neo-Renaissance forms was not accidental: it was based on the period’s relation to antiquity and Italian Renaissance, considered to be the pinnacle of European art history. It was meant to emphasize the culture of the builders, as well as to declare the ”antiquity” and associated ”dignity” and ”respectability” of families from among the bourgeois-entrepreneurial ”new nobility“.
The palace for Albrecht, Count von Kaunitz (1829–1897), a hereditary member of the House of Lords, represented an imaginary climax of this type of buildings. The magnificent new building, which was immensely admired at the time, was considered to be a personification of good taste worth following. Loos’ firm, referred to in the period press as the ”renowned Loos Studio“ (Correspondent XIII, 7 September 1873, No. 206, p. 3) did all the original sculptural work for the Kounic Palace.
The strictly symmetrical decorative arrangement of the façades applies motifs of late Italian Renaissance. The decor is concentrated under the cornice with a balustrade, where the façade is decorated with a continuous stucco frieze with a central motif of female and male mascarons. The figurative sculptural decoration of richly decorated portals set in the axes of the façades facing today’s Moravské Square and Brandlova Street, bearing the Kounic family emblem (two white crossed water lily leaves in a red field) accompanied on the sides by winged female figures of ancient goddesses of victory (Nike), is also the work of Loos Sr.
The fact that Adolf Loos Sr. was commissioned with the sculptural decoration of such a prestigious building as Kounic Palace shows that he must have maintained a reputation in Brno as an “artistic sculptor trained in Vienna” able to match the quality of his Viennese competitors.