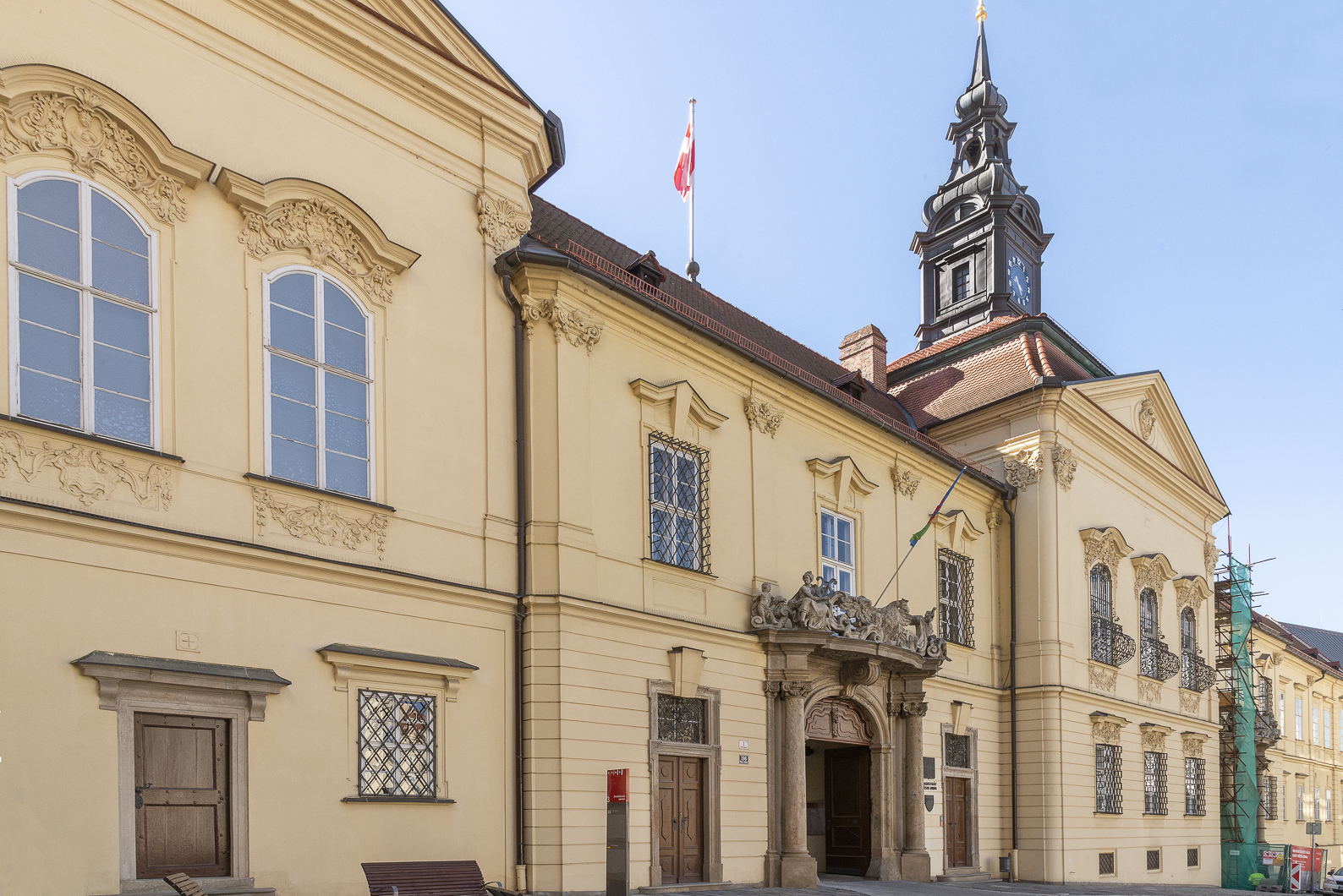 “School is a necessary evil. Adolf is a bad student. He is not stupid, he is not rude, but he is not interested in all the wisdom that teachers and educators spread before him. He sits at school immersed in himself and thinking of his own world.”
Elsie Altmann-Loos, Můj život a Adolf Loos [My Life and Adolf Loos], Praha 2003, p. 11.

Adolf Loos was a bad student. In the school year 1880/1881, he attended the German grammar school for boys (Zweites deutsches k.k. Staatsgymnasium) in Brno; between 1871 and 1883 it was located on Dominikánské Square in the building of the Old Provincial House, today’s New Town Hall. His poor school results must have been what led his mother to have him spend the next years studying elsewhere. He continued for two years at the Latin and German grammar school in Jihlava, four school years at the monastery grammar school in Melk, Austria, and two years at the Royal State Technical School in Liberec, from where he moved back to Brno in 1888 – this time to the German State Technical School.

The school catalogues of the Latin and German grammar school in Jihlava reveal how the young Loos did as a grammar school student: “Conduct [in the school year 1881/1882 was] appropriate, but diligence was uneven, the arrangement of written works was very careless. Latin, Czech, German and mathematics – F, failing mark; natural history – D; and physical education very good. There was a slight improvement in the following school year. Apart from F in Latin and Czech, he had all Ds; he was very good in physical education, and excellent in natural history.” According to the memories of his second wife Elsie Altmann, after the death of his father, Loos was severely troubled by the duty to study well in order to provide for his mother and his two sisters in his adulthood as the only man in the family. However, the increasing pressure had the opposite effect on his defiant nature: “At grammar school he is the worst student. He reads various books under the desk during classes and does not care at all about the reprimands and punishments pouring down on him.”

In Jihlava, Loos probably first met his future rival, the architect Josef Hoffmann, who was a native of nearby Brtnice. In his autobiography, Hoffmann, who had to repeat one year, bitterly remarked: “When I was ten [like Loos, Hoffmann was born in 1870], I had to go to grammar school in the city to get a higher education. […] The grammar school boasted the reputation as the strictest institute far and wide and it was not easy to pass it. […] I used to be depressed and felt intimidated and lonely. […] Unfortunately, I was among the average-gifted students from the beginning.” The two students then met once again in the late 1880s at the State Technical School in Brno. It is no longer possible to find out, though, where the notorious animosity between the famous opponent of ornament and the supreme exponent of the Viennese Secession, moving all Vienna at the beginning of the century, come from, and whether their regular encounters at school contributed to this in any way.