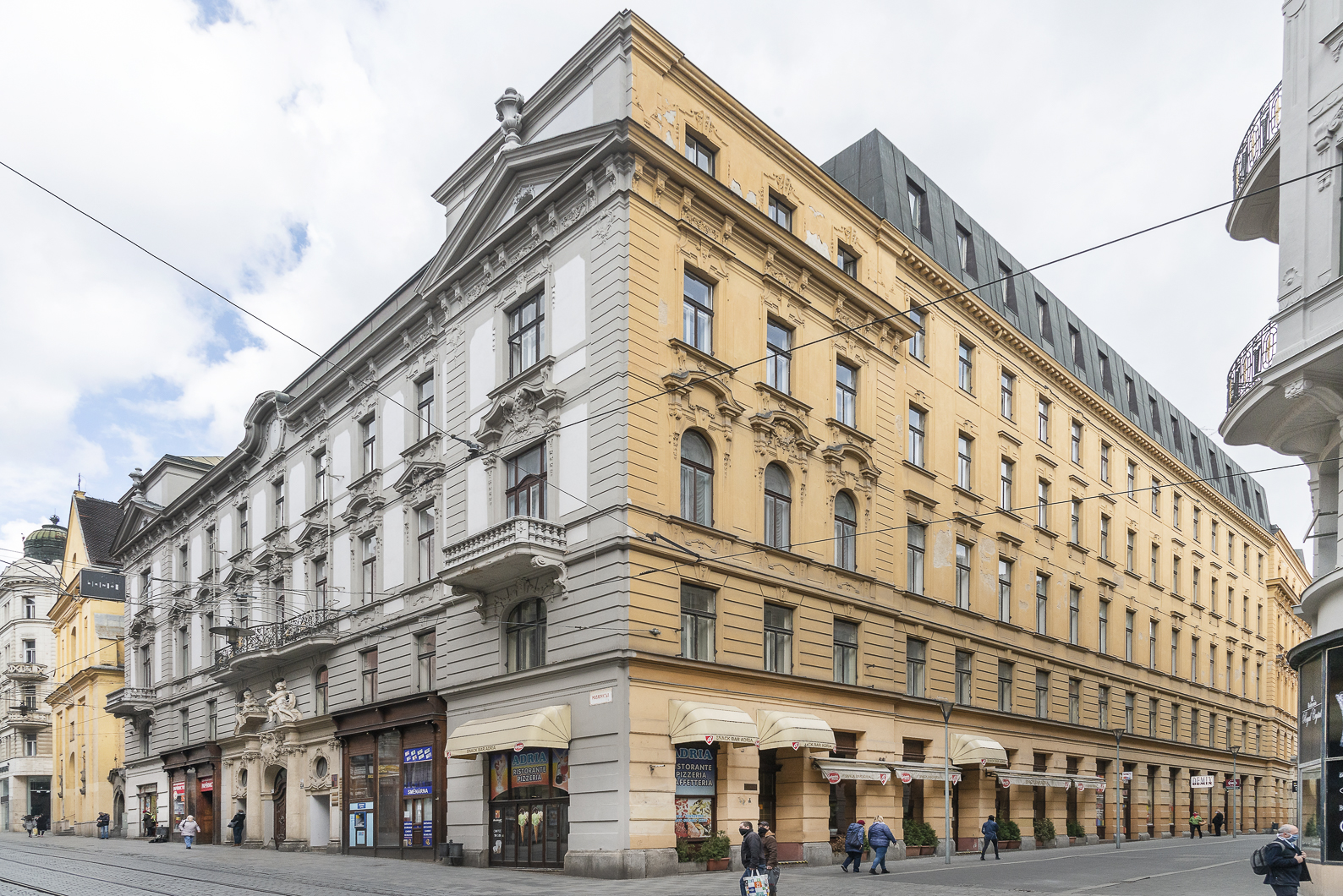 “[Bohumil Markalous] was the one who combined the two concepts of housing and culture: this was the name of the magazine that he founded for Mr Vaněk’s furniture factory in Brno, gathering around it the best architects of the time, especially his friend, the famous Adolf Loos.”
Helena Šmahelová, Vzpomínky na Jaromíra Johna [Memories of Jaromír John], Praha 1979, p. 30.

“Being a collaborator of our review [Bytová kultura] and the U. P. závody, Adolf Loos has currently arranged the adaptation and interior refurbishment of the residence of the industrialist Dr. Viktor Bauer in Brno. He has no degrees of high repute, and he even rejects the title of architect as being discredited by time.”
Bohumil Markalous, Pracovníci naší doby. Adolf Loos [Workers of Our Time. Adolf Loos], Bytová kultura [Housing Culture] I, 1924–1925, No. 4–5, pp. 60–61, p. cited 61.

The building boom that came after the end of the First World War brought new challenges associated with the search for an adequate architectural expression of the ambitious young state. The furniture industry reflected these changes as well. Jan Vaněk became the main representative of progressive tendencies in the field of interior design in the 1920s. In 1922, he merged his own Uměleckoprůmyslové dílny [Arts and Crafts Workshops] in Třebíč with the Brno joinery company of Karel Slavíček and the upholstery company of František Plhoň from Černá Hora, giving rise to Spojené uměleckoprůmyslové závody [U. P. závody; the United Arts and Crafts Manufactures] with six hundred employees. The offices, the company outlet store and the showroom of U. P. závody were located at Masarykova Avenue 31 in Brno. Jan Vaněk was the head of the joint-stock company until the beginning of 1925. Having been removed from the board of directors due to poor economic results, he set up his own manufacturing plant. Architect Adolf Loos was partly involved in that, since in May 1924, Vaněk hired him as a corporate representative of U. P. závody in Paris, where the architect had moved at that time. However, contracts were scarce and Loos’ engagement brought financial losses to the company.
Vaněk was a visionary. His main concern was the manufacturing of modern, high-quality products that would be cost-saving in terms of their shape and production; thanks to standardisation, they could be mass-produced and sold at affordable prices. A high standard was to be ensured by the designers – contemporary architects. The purpose was to define and cover the needs of contemporary households while getting rid of the aesthetics of lingering historicism. That was why Vaněk decided in 1924 to establish the magazine Bytová kultura [Housing Culture] that would present aspects of modern architecture and related issues in a European context. Although the goals were fully met, the the magazine lasted only one year (only the volume 1924/1925 was published).
Bohumil Markalous, who settled in Brno as an editor of the Lidové noviny daily after returning from France, became the editor-in-chief of the magazine. The proximity of opinion with the concept of Bytová kultura (published in Czech and German language versions) attracted the architect Adolf Loos to Brno in 1924; by then, his sharp contributions on the topic of modern housing were already famous. Beginning with the sixth issue, the editorial board expanded to include Ernst Wiesner and Loos, who published some of his translated texts and a professional biography. From approximately 1922 on, because of his commission for the reconstruction of the family residence of the Brno industrialist Viktor Bauer Jr., Loos visited his hometown regularly, which he had previously avoided due to poor family relationships. In 1924, Vaněk’s company supplied windows, built-in furniture and other accessories for the Bauer Chateau.
U. P. závody launched the production, for example, of pull-out chandeliers designed by Loos; after Vaněk’s departure from the company in 1926 they were produced by another of his companies – Standard bytová společnost (S. B. S.; Standard Housing Company). The same company then produced Loos’ upholstered chairs. In 1929, Vaněk and S. B. S. obtained the commission to manufacture the furniture for Villa Müller designed by Loos in Prague, and in 1930 the interior equipment of the Villa Tugendhat.
Giuseppe de Finetti, a former student of the Loos School of Architecture, also published in Bytová kultura. In his paper on the trends in hotel room furnishing, he used Loos’ famous design of the so-called hotel chair, whose backrest was derived from the shape of a coat hanger: “The observation that this chair, in addition to being used for sitting, also serves to hold coats, led him to transform the backrest so that it was a hanger. (…) And the astute spirit, who in this case arrived at a solution of striking simplicity, asks only that such chairs to be called by his own name: Loos.” However, the chair was never mass produced and probably existed only as a design. This could have been caused by Loos’ own dissatisfaction with the design – it is known that he preferred to copy old, especially British designs. “He considers individual pieces of furniture as installation objects, he does not design them himself. He did design a single chair. He shows it in his Viennese apartment as a bad example,” said Jan Víšek in 1931 in a review of a monograph on the architect.