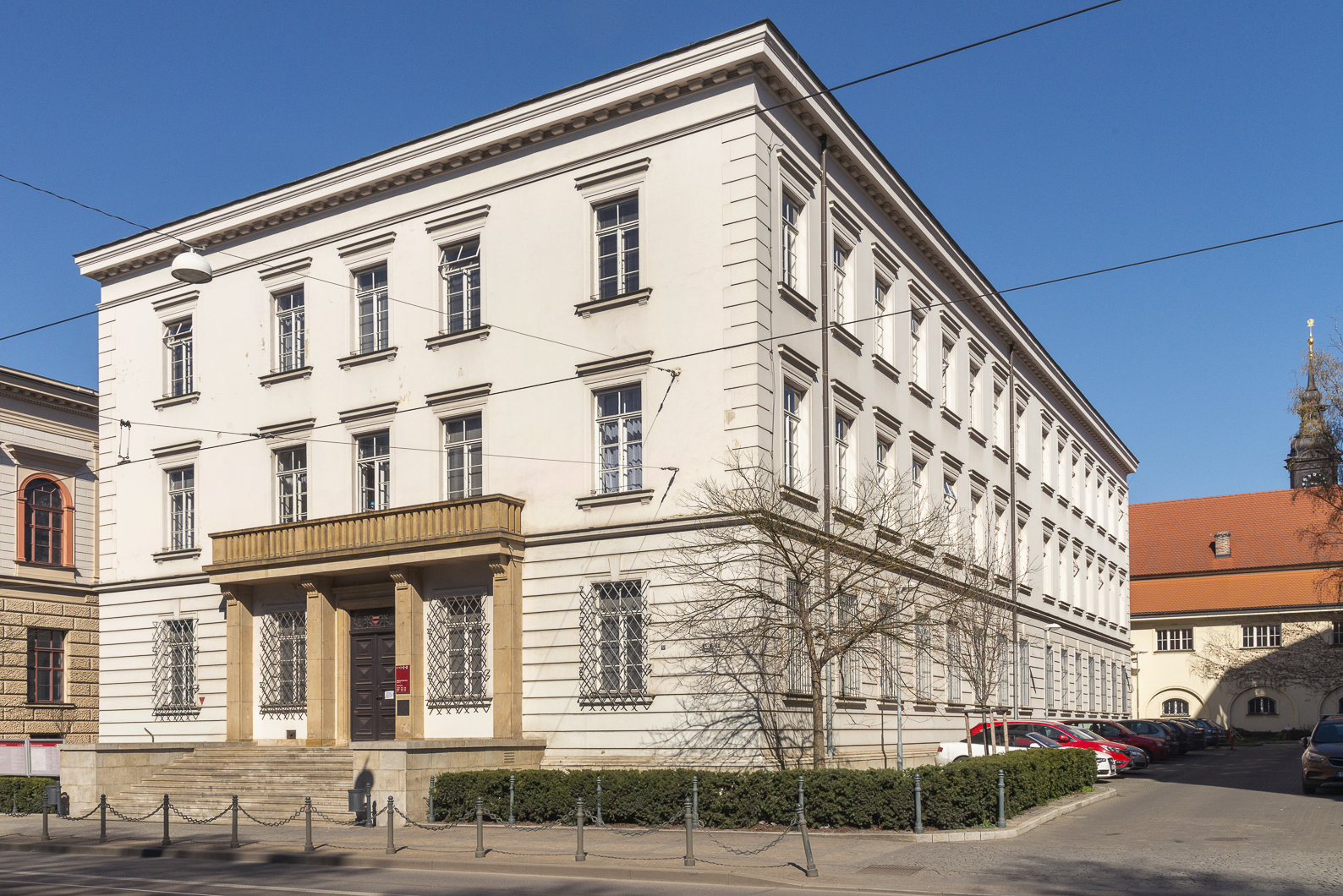 “According to the new regulations, only those students who have already studied masonry, carpentry or stonemasonry trades may be admitted to [universities] for builders and architects. In order to be admitted to the school, students shall take an intelligence test. […] The construction department at state technical schools will be cancelled.”
Adolf Loos, Guideline of the Office for the Promotion of the Arts. Separate from No. 62 of “Der Friede”, published by Adolf Loos (with an additional article by Arnold Schönberg on music) in 1919; subsidised by Richard Lanya in Vienna, in: Idem, Řeči do prázdna. Soubor statí o architektuře, bydlení, ústroji a jiných praktických věcech, které uspořádal dr. Bohumil Markalous [Speaking into the Void. A Set of Essays on Architecture, Housing, Arrangement and Other Practicalities, Compiled by Dr. Bohumil Markalous], Praha 1929, pp. 170–200, p. cited 181.

Adolf Loos spent the last year of his studies at the German State Technical School in Brno [K. K. deutsche Staatsgewerbeschule Brünn]; he graduated there in 1889 by passing the school-leaving examination. At that time, the school was located on Eliščina (now Husova) Avenue 12. Classes took place there between 1874 and 1890, and then the Technical School moved to a new building on today’s 28. října Square. After an unconvincing stay at grammar schools in Brno, Jihlava and Melk, Loos finally began to study construction – between 1885–1888 he attended the Royal State Technical School in Liberec, from where he moved back to Brno.

At that time, the Brno Technical School was a guarantee of a good quality education. This is evidenced both by the composition of the faculty and a number of graduates who later entered the history of architecture. Among the teachers at the school were, for example, the architect Alois Prastorfer (1846–1910), known as the designer of the Brno Central Cemetery or the building with the studio of sculptor Johann Tomola on today’s Hybešova Street; Loos’ class teacher was Germano Wanderley (1845–1904), an architect of Brazilian origin who built a number of tenement houses, including the facade of the so-called U Čtyř mamlasů [House of the Four Dumb Musclemen] building and the rectory building at St. James Church in Brno. Loos’ famous classmates included Moravian natives Leopold Bauer, Hubert Gessner and Josef Hoffmann, his former unsuccessful classmate from Jihlava. In his memoirs, Hoffmann wrote: “After some struggling, I was allowed (since nothing much was expected from me anyway) to go to Brno to be trained in construction at the renowned State Technical School. […] Fortunately, I did well at school, so my lost confidence returned.”

Loos’ studies at the Technical School in Liberec are documented by a remarkable series of technical drawings and studies of ornament (later rejected by the architect), which are now preserved in the Albertina in Vienna. In Brno, we must do with semesterly certificates and the graduation assessment (four Ds and two Cs, overall assessment D), which testify to Loos’ continuing personal struggle with the education system. Adolf Loos continued the established trend during his stay at university. In the end, he did not finish his study of architecture at the Royal Saxon Polytechnic in Dresden, interrupted by his voluntary military service (1889–1890 and 1893).