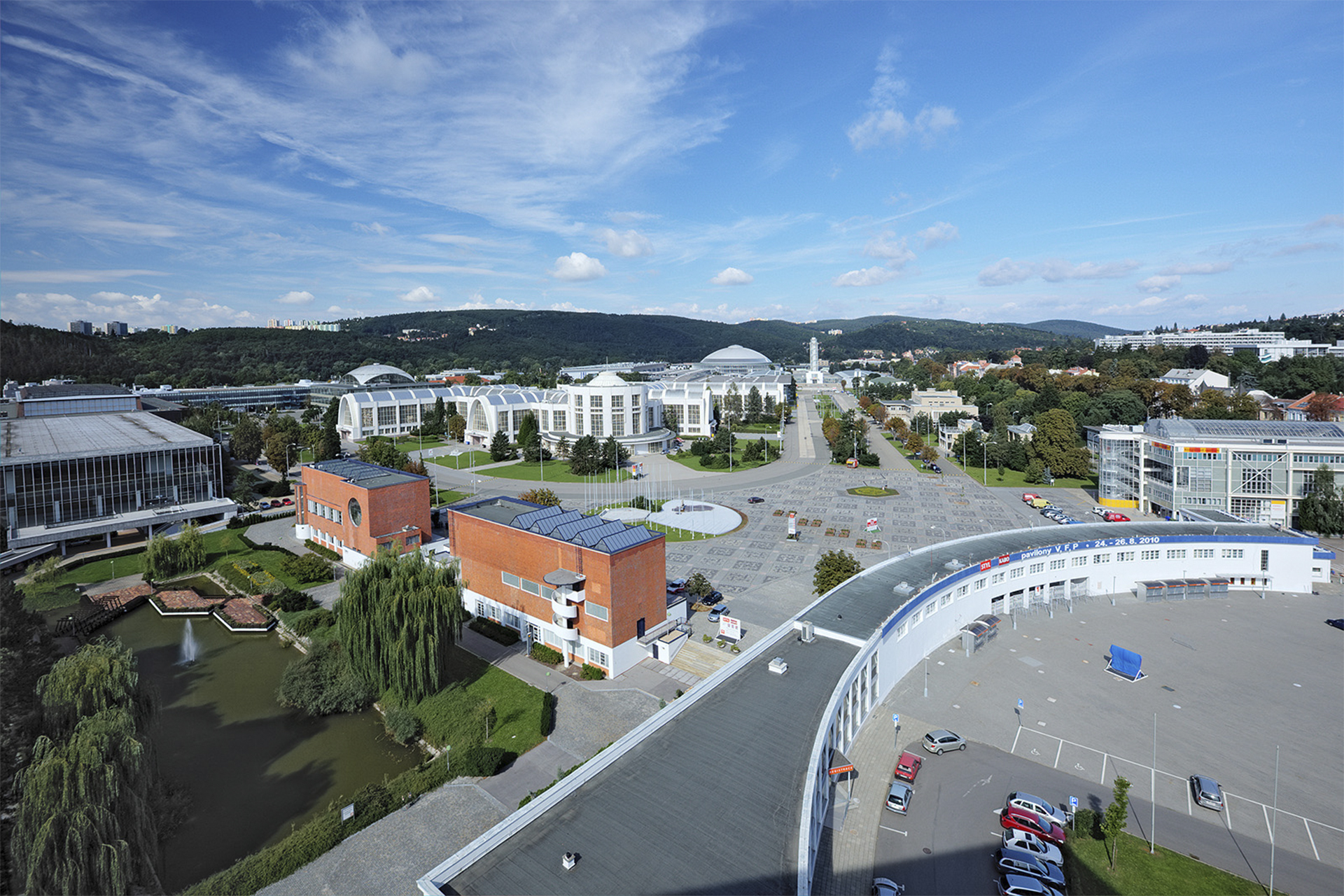 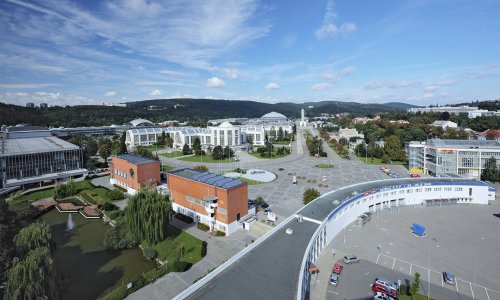 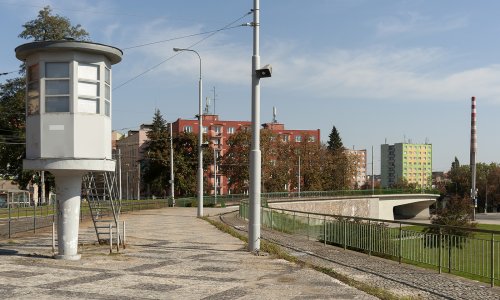 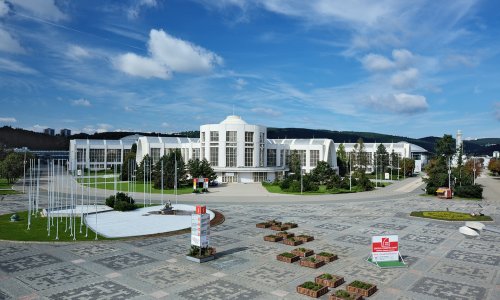 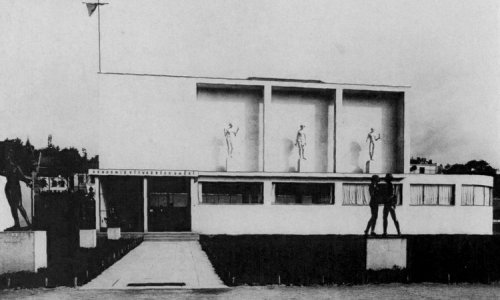 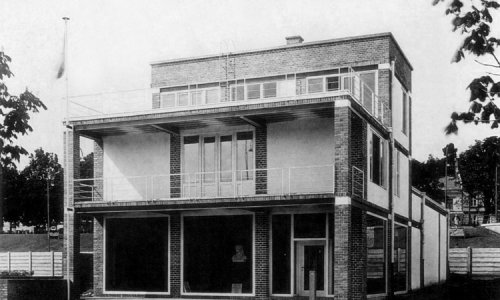 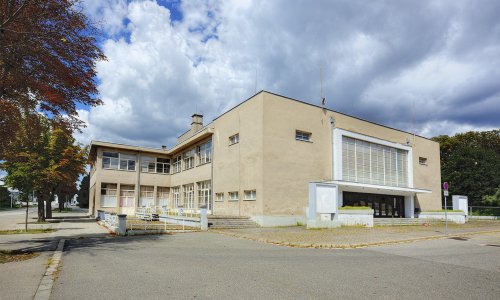 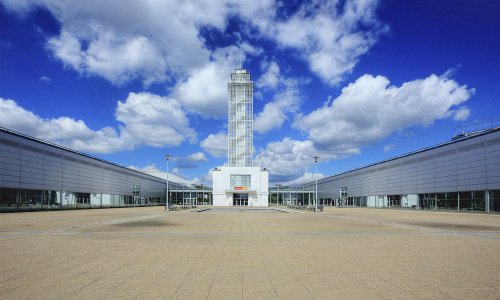 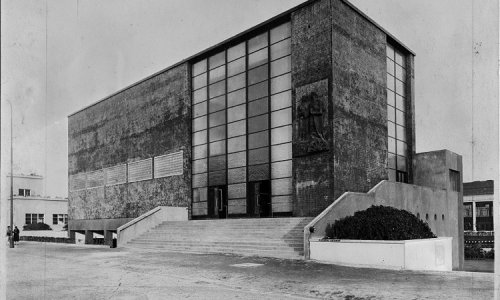 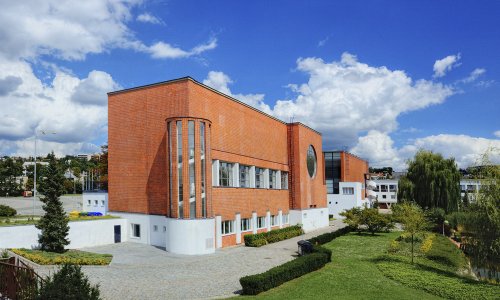 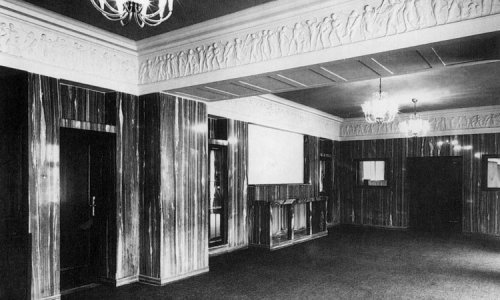 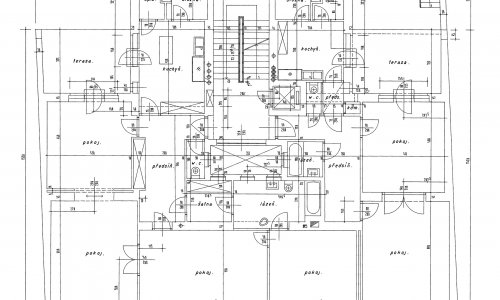 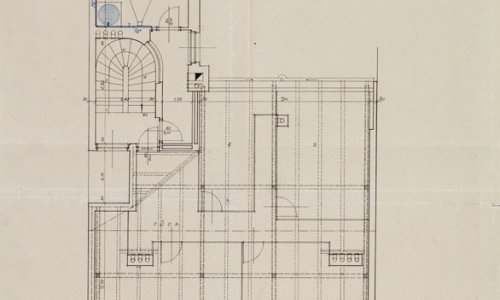 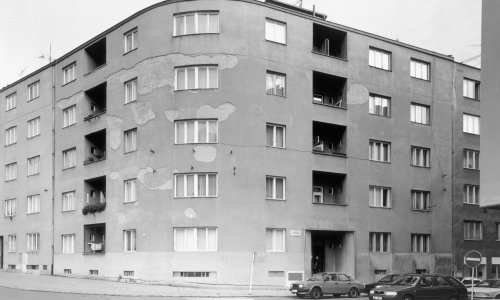 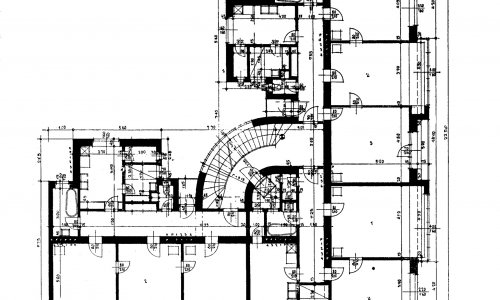 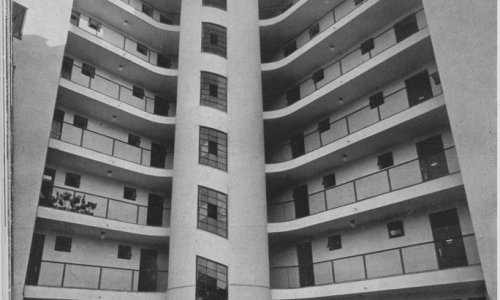 Brno's first exhibition centre, hosting trade fairs, emerged in 1922 with the temporary use of a sports hall on Kounicova Street. The economic boom of Czechoslovakia after World War I required a dedicated exhibition centre where manufacturers could present their products and offer them for sale abroad. The establishment of Brno Exhibition Centre was to a great extent enabled by the political decision that Brno would hold the exhibition on the occasion of the tenth anniversary of the country's formation. Therefore the municipal government, seeking a suitable location, purchased the land of the so-called Bauer Ramp in Pisárky in 1923. The Moravian Regional Committee requisitioned this property in the public interest and purchased it for a low price from Viktor Ritter von Bauer, a squire and entrepreneur, who only kept the historical chateau as his family's residence as well as the surrounding plots occupied by the former sugar factory. This part of the city, skirting the Svratka River, was unfit for residential development due to high levels of ground water, yet it fully conformed to requirements for accessibility and connectivity to the municipal as well as national transport networks.

The first step of the implementation of this project involved the announcement of a public tender for an urban solution and design of the central exhibition hall, i.e. the Palace of Industry and Trade. Out of the thirty-one entries, the jury singled out the design by Prague architect Josef Kalous, which was further adjusted and implemented by architect Emil Králík; the design by Josef Bolech and Václav Velvarský was ranked second and third place was occupied by Karel Řepa with Josef Fuchs, Ladislav Machoň with Ladislav Rössler and Bohuslav Fuchs. The project also involved the establishment of Trade Fairs Co., a joint-stock company, whose management consisted of representatives of the public administration, Moravian Regional Office, the City of Brno as well as of the already existing Brno Trade Fairs company.

The building of individual exhibition halls was preceded by the exploitation of gravel and its processing on the building site, which helped decrease costs and accelerated the construction, as it was not necessary to transport the material for the ferro-concrete structures. Kalous's urban conception was developed by Emil Králík; the exhibition halls were laid out along two basic axes, forming a V shape dominated by the glassed-in tower of the Pavilion of Commerce and Trade by Bohumír Čermák. Unlike the progressive architectural designs of some structures the urban conception stemmed from Classicist and centralising tendencies. No sooner had visitors got off the tram onto the elevated platform of the electric tramway line designed by Bohuslav Fuchs, than they were greeted by a view of the impressive layout of the exhibition halls. After they passed through the segmented entrance gate, their attention was drawn to the pivotal point of the entire centre - the Palace of Industry and Trade, with its distinctive parabolic vaults. The design of the grounds also involved planting mature trees and installing ceremonial lighting on the occasion of the Exhibition of Contemporary Culture in Czechoslovakia. It was held there from May to September in 1928 with the aim to present the cultural and technical upswing of the young country in the first decade of its existence.

The entire nation's gaze was fixed on Brno; both the public and professionals were fascinated. The Exhibition of Contemporary Culture was seen by 2,698,000 visitors. The Stavitel (Builder) journal published the following review by architect Josef Štěpánek: Brno does not need to heed its own traditionalism as much as is the case in Prague. [...] Enlightened co-operation bears its fruits and in this spirit both building authorities and architecture schools act; the united powers of the city work for the best and do not diverge. Regarding modern architecture, Brno surely occupies a leading position. [...] The great exhibition grounds on Bauer's Ramp have grown organically from contemporary Brno and are an excellent achievement of the city and the creators of the exhibition, as well as a proof of the public's positive attitude towards modern architecture.

The huge success of this exhibition, which positively declared the entire public's acceptance of functionalist architecture, was followed by a period of economic recession. The financial crisis of the 1930s was a threat to the future of the exhibition grounds; had it not been for Mayor Karel Tomeš's intercession with the treasury, which led to an increase in the funding, the Trade Fairs Co. would have gone bankrupt. In the inter-war period the grounds hosted a number of intriguing fairs devoted to the building industry, housing, work and leisure as well as air raid protection. During the occupation of Czechoslovakia the exhibition centre served as weapons depot and was bombed by the allied forces and faced the threat of demolition after the war. In the post-war years, uncertainty over seeking a suitable use for this vast centre did not come to an end until the industrial boom of Czechoslovakia in the mid-1950s, when the world-famous engineering fairs came into existence. This stage was also linked to the development not only of the exhibition grounds (e.g. exhibition halls B, C and Z), but also the entire city of Brno, as the need for the improvement of the tourism infrastructure resulted in the building of a number of interesting objects (the International Hotel, the Continental Hotel, the Janáček Theater, etc.). At present, the majority owner of the exhibition grounds, Germany-based Messe Düsseldorf, have initiated the building of new exhibition halls P and V, which, however, do not achieve the previous architectural quality. The issue of the use of the no longer sufficient inter-war halls, as well as the future of similar exhibition centres in the boom period of information technologies, is highly charged these days.