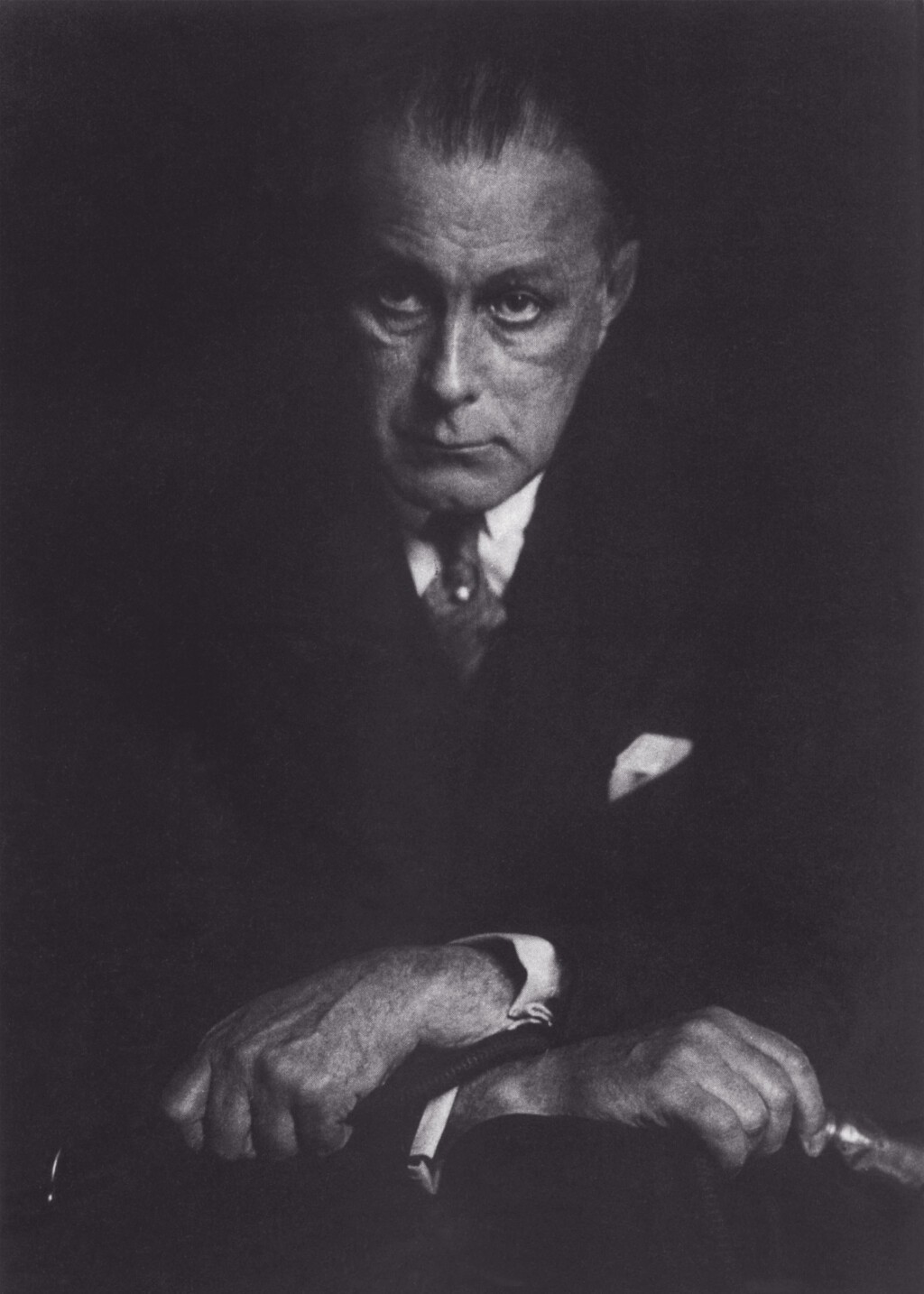 ”Plain curriculum vitae. He is not a professor, he has no academic degrees; he is Adolf Loos, a social thinker, musician, teacher. Mentor and father of applied modern architecture. A friend of Peter Altenberg, promoter of Arnold Schönberg, collector of Kokoschka, yet he is amply known. However, I am afraid more for his behaviour, full of consistent sarcasm, which appeared unacceptably eccentric to a respectable Viennese citizen.” These words, written by Karel Lhota on the occasion of the 60th birthday of his teacher and collaborator on the Architect SIA periodical, poignantly characterise the personality of one of the founders of modern architecture.

Adolf Loos was born in Brno in the year 1870, into the family of a stonemason and sculptor. He was not exactly an excellent student – he spent his grammar school years in Brno, Jihlava and Melk, however he only passed his school leaving at the State Secondary Technical School in Liberec. He never finished his architecture studies which he started at the Academy of Applied Arts in Vienna and continued at the university in Dresden (1889–1890 and 1893). A journey to the USA brought him new insights. He had a great many jobs there and became acquainted with the local architecture goings-on. He was most impressed by the ideas of Louise H. Sullivan, which made him think about ornament – a concept he later developed further in his own work and theories, especially in his radical essay Ornament and Crime (1908). In the year 1896, he settled down in Vienna, where he was employed at the studio of the architect and urbanist Carl Mayreder at first, however he founded his own design studio as soon as the following year. Loos associated with Viennese intellectuals and it was in polemics with his friends that his sarcastic view of the then culture in general (not only architecture) was crystallised. His texts, published in a number of periodicals of that time, were primarily a sharp criticism of secession and of Viennese bourgeois taste. This criticism then often turned against himself, most of all after completion of the Goldman & Salatsch department store (1910) in Michaelerplatz, which became the subject of a great deal of caricature. Citizens of Vienna also found Loos’s non-conformist lifestyle provocative. However, his radical approach to architecture found its patrons, in Vienna as well as in Pilsen and his native Brno, where he realised villa buildings in the period from 1910 to 1914. Despite never finishing his own studies, Loos founded his own school of architecture in Vienna in 1912, attended among others by Paul Engelmann, Heinrich Kulka, Richard Neutra and R. M. Schindler.

In the early 1920s, Loos was appointed the Chief Architect of the Housing Department of the Commune of Vienna, which led him to designs of functional, economical family housing complemented by terraced gardens (Heubergsiedlung, 1921), from where he moved on to experimental terraced buildings (Grandhotel Babylon, 1923). In the year 1923, he returned to his home town for some time, where he lectured on art history at the Faculty of Architecture, met up with the active local architecture community (Wiesner, Fuchs and others) and wrote for the magazine Bytová kultura (Housing Culture) helmed by Bohumil Markalous, a friend of Loos and a later advocate of his work. He also started to collaborate with Jan Vaněk and the United Works of Decorative Art, whose sales he was to take care of later in Paris. The years 1924–28 were spent in the French metropolis and brought Loos a lot of important encounters with world renowned architects, headed by Le Corbusier, however substantially fewer commissions. The only building he realised here was the house with a studio for the Dadaist Tristan Tzara. He enjoyed more success in this respect in Czechoslovakia during the late 1920s: in Pilsen, he designed a number of interiors (thereby continuing his activities here of the late 1910s) together with his colleagues; in Prague, Villa Müller together with Karel Lhota; in Náchod, a residential colony of terraced houses for employees of the factory owner Moller for whom he built a villa in Vienna. His ideas met were well received by Czech architects and theoreticians of the time (V.V. Štech, Oldřich Starý, Karel Teige). Karel Markalous was the greatest supporter of his work and published a selection of essays by Loos, Spoken into the Void.

A great number of celebratory papers were published in Czechoslovak specialised periodicals to mark the occasion of Loos’s 60th birthday. An exhibition of his life’s work was held in Vienna and leading personalities from European cultural life (James Joyce, Valéry Lerbaud, Karl Kraus, Heinrich Mann, Arnold Schönberg and more) called for the foundation of a school of architecture bearing his name. He also received a financial award and an honorary pension from the Czechoslovak state, which was of particular significance for the architect who had struggled with finances all his life and lived off the support of friends. In the final years of his life, Loos travelled a lot, accompanied by his third wife Claire, originally from Pilsen, not only to see his clients but later primarily to visit spas to seek cures for his weakened health.

Adolf Loos died in Kalksburg Sanatorium near Vienna in August 1933, and was also buried in this city. A year later, his body was taken to the Vienna Central Cemetery, where his last resting place was decorated with a tombstone made according to his own design. Loos claimed that a tombstone was, apart from a memorial, the only item of architecture which can be called art – unlike architecture itself. This view that architecture is not art was adopted from him by a whole generation of functionalists. Similar to them, Loos also paid great attention to the functional planning of space – his concept of the so-called raumplan nevertheless rested upon arranging individual spaces at different heights. There were many more issues where the opinions of Loos and functionalist architects differed even more markedly – until the end of his life Loos remained a formal purist, respecting the tradition of architecture, professing symmetry and admiring the natural ornament of material.