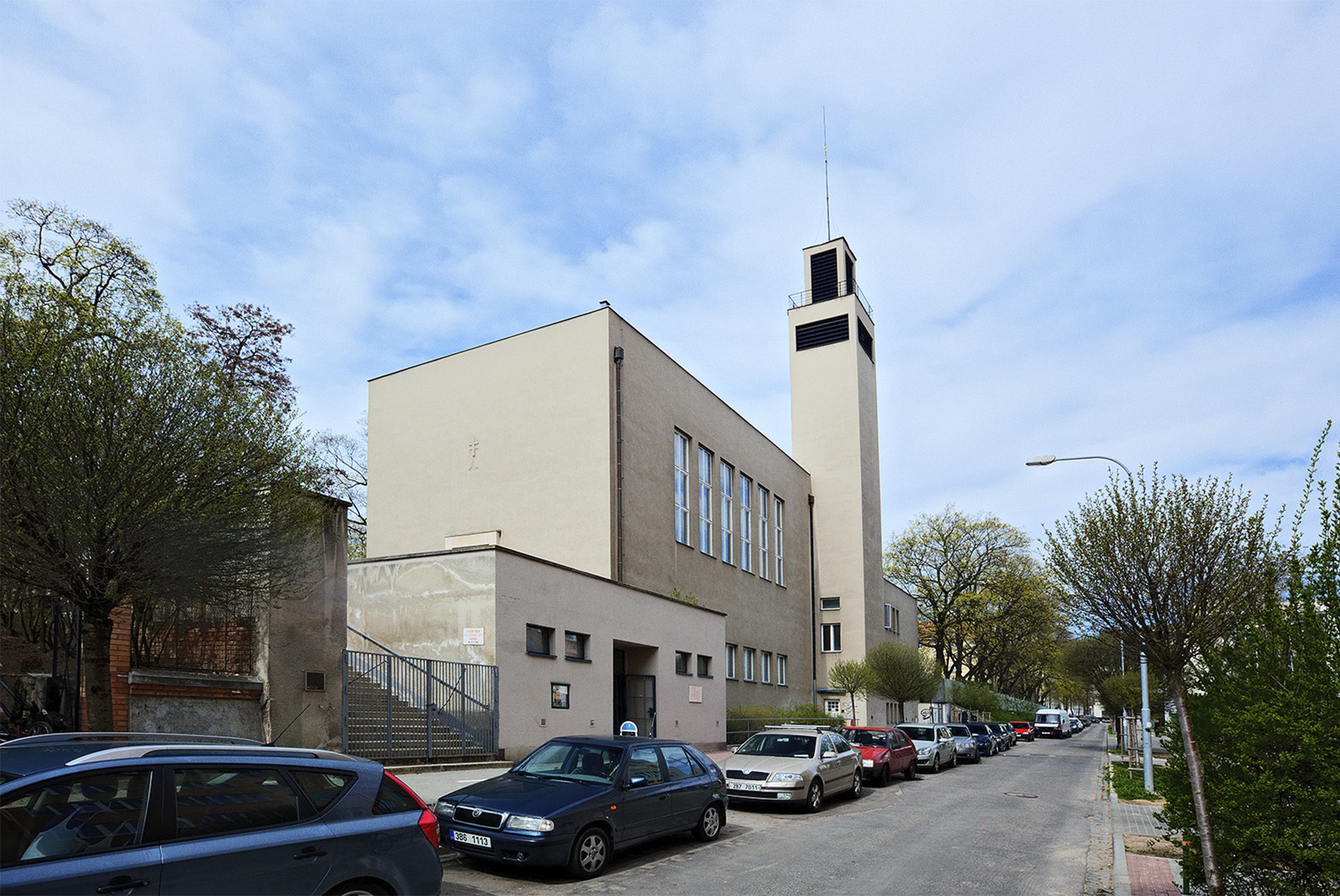 The Czechoslovak Hussite Church was founded in 1920, a short time after the formation of Czechoslovakia, creating a purely Czech religious platform distancing itself from the Roman Catholic Church and its links to the Habsburg monarchy. The references to the traditions of the Czech reformation and the Hussite movement played a vital role in the search for a new national identity. Karel Farský, a theologian and religion professor, became the first patriarch, after the Orthodox wing of the church had split. The first sacred services of this newly formed religious society were held in the courtyard of the New Town Hall and in Besední dům; at the same time, fund raising campaigns were launched so that the church could soon have its own place of worship.

In 1927, the church bought a sloping plot in a town park in Botanická Street, a site previously occupied by a cemetery. The church also opened an architectural competition and chose the design presented by Jan Víšek as the winner; Bohuslav Fuchs' design ranked second. Both designs feature a considerable simplicity of shape and purity of expression and capture not only the principles of functionalism, but also the fundamental attitude of the Hussite Church advocating respect for the truth of science: "What is true, is also good (the ethical dimension); what is true, is also beautiful (the esthetic dimension)." Víšek's first versions did not include the tower, which was added later upon the client's request. The structure makes use of the sloping terrain so that the main entrance yard is accessible via a staircase and the entrance to the ceremonial hall above the street level is situated on the side. The main front is entirely smooth and decorated only by the chalice above the plain portal leading to the divine service hall with a raised presbytery on the other side. The hall provides access to other rooms as well as to the tower added asymmetrically to the street facade.
It is possible to enter the basement vestibule and the adjoining social hall from the street; the vestibule features four columns of the ferro-concrete skeleton and the hall is situated underneath the divine service hall and the presbytery. Initially, the hall also had a stage, orchestra pit and backstage; the vestibule housed a cloak room situated just opposite the entrance, a snack bar on the left and a box office on the right of the entrance. At present, a restaurant and a pool hall are situated in these basement areas.